Amano said the main problem going forward is that Iran refuses to implement an Additional Protocol that would allow inspections of sites beyond those where the watchdog International Atomic Energy Agency knows nuclear material is used or stored. This protocol is the key to making more rapid progress in verifying the peaceful or military nature of Iran’s nuclear work. “The implementation of the Additional Protocol is very important to provide assurance that all nuclear activity in Iran is for a peaceful purpose but we are not yet at that point. . . . We are at an early stage of clarifying and resolving the issues,” he said.

Iran had applied the Additional Protocol in the early days of the crisis that began in 2002 when Iran was discovered to have hidden almost two decades of nuclear work. Iran has signed the Additional Protocol but its parliament has not ratified the measure. Iran stopped applying the protocol when the United Nations Security Council began to move in 2006 to imposing sanctions on the Islamic Republic.

Amano’s comments here, made the day before the start of multilateral talks aimed at a comprehensive agreement to guarantee the Islamic Republic does not build nuclear weapons, add to growing signs that progress will be — at best — slow. Iran’s Supreme Leader Ayatollah Ali Khameini said Monday that he was not optimistic about the talks, even if he did not oppose them. He said the talks were “of no use and will not lead anywhere,” according to the Iranian news agency IRNA.

A senior US official noted here that President Barack Obama has said the negotiations have only a 50 percent chance of success. Iran and the United States have been adversaries, without diplomatic relations, for over three decades since the Islamic Revolution in 1979.

The choices ahead are “very difficult decisions,” the American official said. “When the stakes are this high, and the devil is truly in the details, one has to take the time to ensure the confidence of the international community in the result,” the official said.

Both US and Iranian officials have said that, while they want to move as quickly as possible on freezing the level of Iran’s nuclear work for the talks to be able to proceed, the initial six-month negotiating period for a comprehensive agreement could very well double.

A major problem is that the technical problems outlined by Amano and the political hurdles referred to by both US and Iranian leaders could lead to increased pressure from hardliners in Israel and the US Congress to impose more sanctions. The clock started ticking on the six-month negotiating process on January 20 when Iran gave UN nuclear inspectors increased monitoring rights, according to the interim agreement known as the Joint Plan of Action.

This plan gave the IAEA more access to Iranian sites and officials. Despite these “steps forward” after years of deadlock, IAEA chief Amano said “more remains to be done.”

The IAEA is settling for smaller steps in order to make some progress. The agency is no longer insisting that new inspections start with a visit to the controversial military site of Parchin, where explosives testing is suspected to have taken place to make the trigger for an atomic bomb. “We have agreed to a step-by-step approach,” Amano said. “I don’t think we have a problem that Parchin is not included on the first step.”

This means that concern over possible military aspects of Iran’s nuclear program will almost certainly not be fully addressed over the next six months. But there has been recent progress. Amano said Iran agreed earlier this month to discuss electronic bridgewires, that can be used as nuclear triggers, part of an agreement on seven “practical” steps reached in Tehran.

The emphasis is on an overall approach that increases transparency, rather than making the military issue a make-it-or-break-it condition. Implementing the seven practical steps, plus six measures agreed to last November, “will give us more knowledge of Iran’s activities,” said Amano, insisting that this would be an achievement, even if not a complete resolution of the IAEA inquest. “Negotiating with Iran is not easy, but we are producing concrete results step by step,” Amano said.

He said there were great “constraints” in technical talks with Iran, as new Iranian leaders President Hassan Rouhani and Foreign Minister Javad Zarif are under pressure from various political factions at home, even as expectations for a positive result in the talks are high. Amano praised the Iranian negotiating team as “very prudent, cautious and intelligent” and echoed comments from other world leaders that this may be the best chance at a comprehensive deal.

The question now, as final negotiations begin on an overall settlement that would win nuclear assurances from Iran and result in the lifting of sanctions against it, is whether the IAEA’s success is too little too late or enough to help talks succeed and avoid a possible US or Israeli military strike against Iran’s atomic facilities. 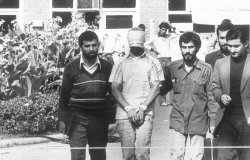 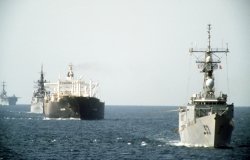