Infographic | How Do Mexicans Get Healthcare? 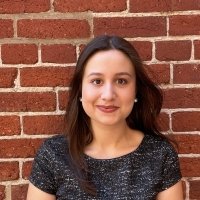 By Valeria Villarreal on October 7, 2022

In a country as economically unequal as Mexico, where 40% of wealth is held by 1% of the population, effective public healthcare can help act as an equalizer, bridging the gap in access to basic services, including those guaranteed by the Mexican constitution. Since the Mexican Social Security Institute (IMSS) was established in 1943, the Mexican public healthcare system has evolved and expanded to incorporate more members of the population and provide coverage for a range of services from disease screening and prevention to the treatment of catastrophic diseases and conditions. As revealed by the 2020 census, 70.9% of Mexicans are covered by public healthcare. While this represents significant coverage increases since the 1990s, partially spurred by the creation of the Seguro Popular, entitlement to coverage does not account for the quality or availability of medical attention, which often pushes people into the private healthcare sector, and leaves the most vulnerable populations with no access at all. Currently, 2.3% of the population is insured through the private sector while over 32 million Mexicans (26.5%) have no access to any form of healthcare.

In Mexico, healthcare coverage eligibility stems from employment status, and the delivery system depends on whether a beneficiary works in the public or private sector, and whether their employment is formal or informal. Due to the fragmented nature of the Mexican healthcare system, the 92,582,812 Mexicans who have access to public healthcare receive medical attention through 5 different avenues. The Institute for Social Security and Services for State Workers (ISSSTE) was founded in 1959 and covers municipal, state, and federal employees from public officials to public school teachers and police officers. ISSSTE currently covers 13,681,077 state workers, retirees, their spouses, and underage children. PEMEX, the State-owned petroleum company, covers its roughly 750,000 employees and family members health services through a separate institution. The Ministry of National Defense (SEDENA) and the Secretariat of the Navy (SEMAR) offer medical attention to service members and their families through the Social Security Institute for the Mexican Armed Forces (ISSFAM), which roughly covers 870,000 people.

According to INEGI, over 51% of public health coverage comes from IMSS, the system which covers formal employees working in the private sector as well as retirees, the families of all people covered, and a small proportion of people with other forms of employment. This system is financed through contributions from employees and employers and currently covers 68,659,149 according to IMSS.

A healthcare program to provide coverage for all Mexicans regardless of employment status, called Seguro Popular was created in 2003 under the President Vicente Fox administration. While coverage for catastrophic diseases and conditions was effective, the system was susceptible to corruption because of its decentralized nature, as it was managed at a state level. By 2018, Seguro Popular covered 42% of the population, 90% of its target population. In an effort to eradicate corruption in the healthcare system, the AMLO administration created the Institute of Health for Welfare (Insabi) to replace Seguro Popular in 2020. Under this system, public healthcare would be recentralized, and operated by both the Federal, and state governments. While Insabi was responsible for covering 32,842,765 people, medication scarcity, limited attention and sparse coverage made it an inefficient system, leading to its elimination in 2022. The IMSS-Bienestar program, founded in 1973 to offer healthcare services to the most vulnerable and marginalized communities, many of whom had no taxpaying capabilities, is set to expand and replace Insabi by 2023. It currently operates in 15 states and covers 13 million people, and will continue to grow through agreements between the states and the federal government.

Since 2018, changing government policies, the creation of new healthcare programs, the overhaul of the medication purchase plan, and the COVID-19 pandemic have further exacerbated the lack of access to healthcare. Many of the challenges facing Mexican healthcare long predate this administration. For example, Mexico faces an acute shortage of medical professionals. There are only 1.95 doctors per every 100,000 people, while the OECD recommends at least 3.2. Additionally, there are only 2.85 nurses per every 100,000, while the OECD recommends at least 8.8. While the Mexican government has proposed the hiring of 500 Cuban doctors and the establishment of the National Recruitment and Hiring Session for Specialized Physicians to hire 13,765 doctors, especially for rural and marginalized areas, factors such as like corruption, lack of security for doctors, and inefficient systems have not yet been addressed.

Scarcity can be traced back, in large part, to the AMLO administration’s overhaul of the medicine purchase plan in 2019,in response to alleged corruption. The administration excluded pharmaceutical distributors like Dimesa, Grupo Fármacos Especializados, Distribuidora Internacional de Medicamentos y Equipo Médico, and Farmacéuticos Maypo from the bidding process without taking into account the crucial role played by distributors in moving medicine from factory to patient and in the financing of purchases given long delays in government payments. While IMSS had historically been in charge of purchasing medications and other health-related products, this responsibility was transferred to the Ministry of Finance and Public Credit. This Ministry lacked experience and was unable to effectively put together a purchase plan, leaving 64% of contracts for medication unfilled. Thus, this role was transferred first to INSABI and then UNOPS, a UN agency, by July 2020. This repeated transfer of responsibility led to a concentration in purchases from only 4 companies, instead of 60 as in the past. Furthermore, 91.5% of contracts for medical supplies were granted directly with no open bidding process.

The scarcity of publicly provided medication directly increased out of pocket medical expenses by 40% between 2018 and 2020, or by $941 MXN. Additionally, during this period the number of people suffering from some form of healthcare deprivation increased from 20.1 million to 35.7 million. Vulnerable populations were the most affected, as the two poorest deciles suffered from a larger percentage point increase in healthcare access deprivation of 22.6 and 22.9, respectively. The increase in the richest decile was only 1.7. Additionally, this unequal increase was also evident in state distribution, as states like Chiapas, Guerrero, and Oaxaca experienced 19.5, 19.7, and 20.7 increases respectively, while Chihuahua experienced only a 5.7 increase.

The COVID-19 pandemic reduced access to healthcare as public healthcare usage fell by 11.3% between 2018-2020 and at least 7 out of every 10 Mexicans were forced to rely on private healthcare for their needs.

The easing of the pandemic and transition from Insabi to IMSS-Bienestar underway may offer Mexico the opportunity for significant improvement. A true improvement, however, must stem from organized medicinal purchase plans, the hiring of doctors and nurses with competitive salaries and assured security, and the inclusion of vulnerable populations.