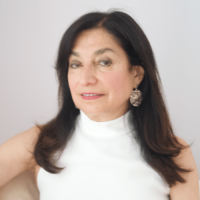 Protests in Iran have re-ignited old debates about wearing the veil in neighboring Iraq. Women activists are challenging the practice in Iraqi institutions, while conservative clerics are defending the practice. The result is a split in public opinion, as shown by polling.

Since protests began in Iran this September over the killing of 22-year-old Mahsa Amini, who was arrested for allegedly violating the dress code in the Islamic republic, theological debates have re-ignited in neighboring Iraq over whether Islam requires women to cover their hair and even if young schoolgirls should, too.

Iraq is a socially conservative yet officially secular country where wearing the headscarf, or hijab, is not compulsory as it is in Iran. Nonetheless, views on the issue between young female activists on social media and some clerics are vastly different. While educated urban women may be less fond of religious symbolism, such as the hijab, Iraqi society is polarized between them and those who believe Islam should play a role in governance, according to recent opinion polls.

Iraqi women have joined the worldwide social media campaign in support of Iranian women, spreading the hashtag “#No_to_compulsory_hijab” which has trended on Iraqi social media. A new campaign against supporters of enforcing the hijab in Iraqi public schools has surfaced on social media as well. The activists hope to investigate the scale of the practice, which has been debated on Iraqi television in recent weeks.

The campaign has prompted accusations online that these women activists are against Islam.

The campaign has prompted accusations online that these women activists are against Islam. For example, some clerics are speaking out, including Ayad Jamaladdin, a former member of the Iraqi parliament who was once described as progressive in media reports and who is a staunch opponent of Iran’s theocratic form of governance, velyat e-faqih. In recent Instagram posts, Jamaladdin criticized the women protesting in Iran and said they are “blinded by an inability to distinguish between Islamic principles and restrictions imposed by Iran’s regime," which he implies are un-Islamic. “Certainly, the whores [the Iranian protesters] will not succeed in their efforts to destroy Islam and the integrity of Iran’s society,” Jamaladdin wrote on Twitter.

In one televised debate on the issue in late August on Al Sharqiya News, the female presenter asked a cleric, who she identified as Sheikh Nour, what the relationship is between wearing the hijab and having morals. The cleric answered that, “having morals is to abide by Islam,” implying that part of this morality is to wear a covering. But the cleric noted that veiling is not compulsory in Iraq and pointed to the presenter, who does not have a hijab, as an example.

In September, the hashtag #No_to_forced_veiling trended on Twitter in Iraq after discussions emerged over imposing the veil on schoolgirls. Feminist activists launched a protest campaign calling for an official decision by the Ministry of Education to prevent “imposing the veil as a condition for academic admission” and to punish anyone who imposes it. Although veiling for young girls in schools is not officially required, school staff in some parts of the country  pressure parents and girls to wear thehijab.

This debate between secularists, religious figures and Islamists has resurfaced, but did not begin with the protests in Iran.

This debate between secularists, religious figures and Islamists has resurfaced, but did not begin with the protests in Iran. Over the last decade, the Ministry of Education has been called upon to ban the behavior of teachers and other school staff around the country who have not only applied pressure to wear the hijab but also to perform religious rituals during the Shia spiritual celebrations, such as self-flagellation.

At different times, Iraqi officials and religious figures have also called upon the Education Ministry to restrict what they consider to be inappropriate dress in schools which allows women and girls to display their beauty outside the home, referred to as tabarruj. On January 19, 2014, Grand Ayatollah Ali al-Sistani, who is the highest religious authority for Shia in Iraq and elsewhere, replied to an inquiry made by an Iraqi university student seeking his opinion on the phenomenon of tabarruj in colleges and other institutions. In a response published in various media outlets, Sistani said, “A woman’s spirit is not reflected in her tabarruj and ornaments, rather in her chastity and conservative appearance before other people.” His statements were considered to be in support of women dressing modestly in public.

Like many countries in the Middle East, Iraq is a polarized society. Opinion polls indicate vastly different views on issues regarding the role of religion in the state and in the public sphere. Opinion polls conducted since 2019 show Iraqis increasingly favor a secular state that is divorced from religious influence. For example, a series of surveys conducted by Arab Barometer, a research organization at Princeton University, concluded that current political systems in countries, such as Iraq, serve to make religious identity more dominant. But in 2019 polling, Arab Barometer determined there had been a decline in trust of religious-based parties across the Middle East, even though there is more trust in religious leaders than the parties, which are perceived to be corrupt.

A recent poll published in November by Enabling Peace in Iraq Center confirms this trend. In that poll, 47 percent of respondents who were interviewed in a nationally representative sample said the best system of government for Iraq should be a secular democracy with a clear separation between religion and state. The respondents live mostly in urban areas, are relatively educated and employed.

But the Iraqi debates reflect an ongoing question in the region of the role of Islam in society, which has been underway for at least thirty years.

By contrast, a survey conducted by Chatham House, a London-based think tank, surveyed supporters of the cleric Muqtada al-Sadr, who is a key political figure. The survey, published in August, showed that 55 percent of his supporters living in Sadr city, a poor area of Baghdad, agreed with the idea that the government should rule in accordance with Islamic law.

These competing interests in Iraq bare only some similarities on a much smaller scale to the uprising in Iran, which some Iranians are now calling a “revolution” against the theocratic state ruled by Ayatollah Ali Khamenei. But the Iraqi debates reflect an ongoing question in the region of the role of Islam in society, which has been underway for at least thirty years. Now, a younger generation of women is pushing boundaries in new ways.