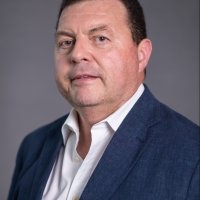 In early 2021, Libya’s Islamists were divided by ideology as well as geography. There were at least four major groups of Islamists:

The Brotherhood and its allies had early electoral success after the 2011 uprising against Moammar Qaddafi’s regime. But they since have lost significant political influence in Tripoli after making little progress in rebuilding war-torn Libya. Pro-Brotherhood militias still had a strong presence in the west, however.

Salafis have gained power, at least militarily. In the west, Salafi militias have been among the most disciplined and well-armed forces. They have played a dominant role in security and policing in Tripoli and other major cities. In the east, they formed the backbone of the Libyan National Army. But by early 2021, Salafis had not cooperated across the east-west divide.

Jihadists have largely fled to the ungoverned Fezzan region in the south after being defeated militarily by Misratan militias from the west backed by U.S. airpower and the LNA from the east. U.S. airstrikes and Libyan militias. Some ISIS remnants have waged a low-level insurgency in the south, but many other fighters have joined criminal organizations to survive.

Islamists and the Fracturing of Libya

During Qaddafi’s 42-year rule, Libya’s Islamists were largely imprisoned, forced underground or fled into exile. A disparate array of Islamists militias sprang up across the country during and after the 2011 Arab Spring uprising. Some were associated with the Muslim Brotherhood or followers of influential clerics, such as Sheikh Ali Sallabi and Grand Mufti Sheikh Sadiq al Ghariani. Several Salafi militias mobilized as well.

Islamists established strong footholds in politics in the 2012 parliamentary election. Eighty seats were allocated to parties, with the remaining 120 reserved for independents. The National Forces Alliance, a loose coalition of secular and independent groups, won 64 seats. The Muslim Brotherhood’s Justice and Construction Party won 34 seats, but its influence was amplified by dozens of independents who sympathized with the party. Salafis won 27 seats. Although both factions are Islamist, the Brotherhood and the Salafis rarely cooperated in parliament and mostly had an antagonistic relationship.

Four key developments in 2014 sharpened divisions among Libyans, including Islamists. The first was the rise of ISIS. In April 2014, some 300 ISIS fighters in the eastern city of Derna formed the Shura Council of Islamic Youth and declared loyalty to ISIS leader Abu Bakr al Baghdadi. By the end of 2014, ISIS controlled all of Derna and much of the coastal city of Sirte. ISIS gained support from some Islamist militias, including Ansar al Sharia, but it faced opposition from others, including a local al Qaeda ally, the Abu Salim Martyrs Brigade.

The second development was the launch of “Operation Dignity” in May 2014 by Khalifa Haftar, the self-declared leader of the LNA in the east. Haftar, a secularist and former ally of the United States, ordered his forces to attack all Islamist and jihadi groups to rid the country of “terrorism and extremism.” But he recruited Salafi Madkhalists, ultraconservative Muslims who usually eschew participation in politics. They formed the core of his Haftar’s army, the most powerful military in the east.

The third development was the parliamentary election in June 2014, when Islamists lost seats. Many Libyans, disillusioned by divisive partisan politics and the lack of progress on reconstruction, sat out the election. Turnout was 42 percent in 2014, down from 61 percent in 2012. It also faced criticism from both secular politicians, who accused it of having links to extremists, and Salafis, who questioned its commitment to Islamic principles. The Brotherhood only secured 25 of the 200 seats. Salafi parties only won a few seats.

The fourth development was the rupture of the government. In August 2014, Islamist militias forced the secular-leaning parliament to flee Tripoli. Two rival parliaments emerged-- one in the west in Tripoli, and the other in Tobruk in the east. In 2015, both legislatures sent representatives to Morocco to negotiate a new unity Government of National Accord (GNA), which was recognized by the United Nations. The GNA was backed by Islamists. But the government in Tobruk refused to participate.

By early 2021, the Muslim Brotherhood had lost much of its clout. If parliamentary elections are held in December, as planned, the Brotherhood is unlikely to win more than 20 percent of the available seats. It might have more influence if sympathetic independents do well. But in the west, militias aligned to the Muslim Brotherhood remained powerful. The Brotherhood and its allies have focused on retaining enough political and military power to have a say in how Libya is governed in the future.

In early 2021, jihadists in Libya seemed to have lost their direction. ISIS has never recovered from losing its footholds in Derna and Sirte in 2016. It also failed to integrate into the largely tribal social structure in Libya. Its leader, Abu Moaz al Iraqi, was killed by the LNA in 2020. Some ISIS remnants were scattered across major cities and kept a low profile. Other ISIS members have waged a low-level insurgency in south in Fezzan province. Jihadists from several groups, including al Qaeda, have sought refuge in the south, where they have become the armed forces of gangs that smuggle humans, weapons, drugs and more. The jihadists and criminal organizations share a common goal to weaken the Libyan state.

But Salafi militias were ascendant across Libya in 2021. Salafis in the east, allied with Haftar’s army, have tried to implement their strict interpretation of Islam on the local population in areas they controlled militarily. They have not had significant success. But some mayors have accepted their demands that women wear the veil in public and only travel with a male companion.

Salafis in the west were also strong militarily. For example, the Rada Special Deterrence Force, a well-armed and well-disciplined Salafi militia, controlled key parts of Tripoli, including the airport. It had the potential to take over the city.

Many Salafis in the east and the west nominally followed the same Saudi Arabian cleric, Sheikh Rabee al Madkhali, but like Libyans more broadly, they were deeply divided by regional differences in dialect, tribal affiliation and personal rivalries. If the Salafis were to overcome the east-west divide, however, they could have enough military power to take control of Libya.