Macron Wins: What’s Next for France?

The French election is over, but the task of building a government and moving France forward has just begun for Emmanuel Macron. With the populism represented by Marine Le Pen rejected, for now, what’s next for France and the EU? Can the newcomer Macron provide the vision for which his country and the European alliance is searching? We asked Wilson Fellow Steven Kramer to help us understand the election and its implications for France just days into the Macron presidency. That’s the focus of this edition of Wilson Center NOW. 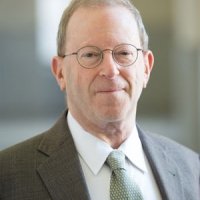