Skip to main content
Support
Explore More
Close
Publication
Conflict Resolution and Peacebuilding
A Mexican Utopia: The Rule of Law is Possible
Share on FacebookShare on TwitterShare via Email
SharePrint
Part of the The Expert Take
Article

Mexico: The Unbearable Cost of Distrust

Trust is at the heart of Mexico's challenges today. In this Expert Take, Arturo Franco discusses how public distrust, and its cost ramifications, not only makes Mexico poorer and less dynamic, but also hinders the capacity to tackle some of the country's key challenges.

Trust is at the heart of Mexico’s challenges today. The lubricant of the economic engine, trust enables market exchanges, reduces transaction costs for business, upholds security and peace, and makes institutions and the political system work. Distrust, in turn, creates unnecessary costs, incentivizes negative behaviors, and can become a huge burden for productivity and for growth.

Mexicans’ reported levels of trust and confidence in a wide range of institutions have been declining for many years. Between 2013 and 2014, virtually every institution, from the police to the church, from television stations and universities, to political parties, Congress and the president, have suffered from rising public distrust. What is worse, perhaps, is that investor confidence has also eroded.

Unsurprisingly, in a recent interview with the Financial Times, Mexico’s Finance Minister, Luis Videgaray, said, “We can do 10 energy reforms, but if we do not add trust, we will not seize the full potential of the Mexican economy.” The cost of distrust is clearly amongst his chief worries, but how do we measure it? In a recent book, Hector Aguilar Camin classified these costs into two types: those related to lack of compliance, to both legal and social norms, and those arising from avoidable regulation.

An example of the first type of cost is tax evasion. A 2012 report by Global Financial Integrity estimated that, between 1970 and 2010, more than $800 billion was lost in Mexico to tax evaders using myriad schemes to avoid contributing to the country’s coffers. Another example is the use of informal savings instruments to bypass the financial sector. In a 2014 Financial Culture Survey, half of the respondents showed distrust in banks. Banking the unbanked has shown to significantly increase business ownership, employment and income levels.

Elections, on the other hand, are the clearest example of the second type of cost resulting from public’s distrust: excessive regulation. Mexico has one of the most complex and expensive electoral systems in the world. While the cost of presidential elections in developed countries ranges from $1 to $3 per registered voter, Mexico, with an estimated cost of  $5.9 per elector, pays the highest price for democracy in Latin America. This estimate does not even include the public financing of political parties, a major dent in Mexico’s fiscal budget. All in all, the country spends an estimated $3 million per day to sustain its political system.

Yet, the biggest impact of Mexico’s low-confidence environment is being felt on the investment side. According to a report released this week, the proportion of companies that are relocating out of China and interested in Mexico dropped from 70 percent in 2011 to 29 percent in 2014. After a brief “Mexican Moment” in 2012, investors have shared concerns about Mexico’s longstanding security crisis, recent corruption scandals, and lousy economic performance.

For all of Mr. Videgaray’s good intentions, however, shoring up trust in public institutions can be extremely difficult. Studies have shown that when trust is worn by episodes of corruption, government efforts to fight corruption are undermined as well. When the rule of law is weak, the theory says, complicit behavior becomes an essential way to test a counterpart’s trustworthiness: so corruption destroys trust, and distrust forces corruption. And, how much does corruption cost Mexico? According to Viridiana Rios, from Mexico ¿Como Vamos?, the country loses 2 percent of GDP per annum due to corruption.

Sadly, at a time when “the currency of trust” is fueling an innovative and technology-enabled share economy, Mexico seems to be moving in the opposite direction. Just as the ride-sharing service app Uber has faced a whole host of regulatory threats in Mexico City, the country endures from excessive regulation in many areas where trust-based systems could create efficiencies and reduce costs. In a globalized economy, these kinds of redundancies kill productivity.

Mexico needs to transition back to a culture of trust. This goes beyond just the realm of politics or public institutions. In a survey last year, when asked if “they could trust most people,” 72 percent of respondents said no. This public attitude, and the cost ramifications that we have described, not only makes Mexico poorer and less dynamic, but it hinders our capacity to tackle some of the country’s key challenges. You can trust me on that.

Arturo Franco is an economist, writer and entrepreneur.  He has been a Fellow at the Center for International Development, Harvard University, and the World Economic Forum. He is a member of the International Institute for Strategic Studies in London.

Click here to read "A Mexican Utopia: The Rule of Law is Possible."

Click here to read the book's review by the Financial Times. 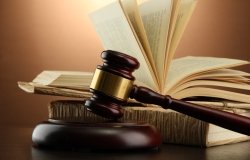