By Matthew Gallagher on December 4, 2020

Chile is on the cusp of a new era. Just as its lithium—a common element of energy storage technology, which is itself a critical component of the clean energy transition—is experiencing a rise in global market demand, Chilean citizens have called for a new constitution.

As Chile plans its future, whether or not it manages its lithium resources with keen sensitivity to local conditions could affect not only the sector’s sustainability but also the country’s national security and international standing for years to come. The forthcoming Chilean constitution, slated to be fully drafted by early 2022, could shape the country’s resource governance overall. Its authors would do well to plant the seeds of environmental democracy and consultative resource management in the country’s new charter.

The “Lithium Triangle” countries of Chile, Bolivia, and Argentina are primed to leverage this valuable resource and undergo regional economic growth. At 8.6 million metric tons, Chile’s lithium reserves are the largest in the world, and it is second only to Australia in production. Global market projections suggest that demand will increase up to three times the current amount through 2025 for products like lithium-ion batteries. Chile is sitting on a treasure trove.

However, prosperity is not guaranteed. Proper governance and a thorough economic strategy are necessary to avoid the resource curse—the paradoxical condition in which natural resource wealth undermines prosperity. While the Chilean market-based system has fostered a sufficiently diverse economy, which is integral to dispelling the curse, it has also resulted in both the extreme inequality that triggered widespread domestic protest in 2019 and the poor air quality that has only recently received government attention. To achieve positive environmental, economic, and social outcomes regarding lithium, Chile must not ignore the local realities at the base of its national vision.

Costs of Extraction at the Community Level

Lithium mining takes an environmental toll primarily because the process is water-intensive. Between 2000 and 2015, lithium mining in the Atacama Desert was responsible for using 21 percent more water than was naturally replenished. With water already scarce in the area, market projections signal that the annual extraction rate is likely to steadily increase for the foreseeable future. This depletion particularly threatens the region’s microorganisms and, by extension, ecosystem integrity. Diminished ecosystem services leave communities increasingly vulnerable to shocks. A lack of potable water for sanitation and hygiene exacerbates public health issues, a lack of biodiversity threatens livelihoods, and degraded ecological infrastructure contributes to greater damage costs from natural disasters.

While mining profits can help compensate for some of the negative externalities of environmental degradation, they can also adversely affect the local tax base. A recent study by Chilean academics found that for each dollar from resource windfalls in mining municipalities, approximately 60 to 90 cents of the local tax collection is “crowded out.” Public budgets tighten as a result, which hampers local governments’ ability to deliver services that reduce structural disparities. With economic inequality as both the main point of contention in Chile and a barrier to climate resilience, the extent to which mining contributes to this inequality matters.

Without strong governing institutions at the local level, cohesive communities can help households meet their daily needs and absorb shocks. Regardless of government capability, social capital is an important element of resilience. Chile, however, does not measure comparatively well in terms of civil society. Out of 40 countries in the Organization for Economic Co-operation and Development’s Better Life Index, Chile ranks fourth-lowest for the social support network metric and lowest for the civic engagement metric. Another lithium-rich country, Australia, ranks sixth and first in those categories, respectively, suggesting that there is ample room for improvement in Chile.

These local-level environmental, economic, and social factors signal that Chile’s lithium resources could easily turn from a blessing to a curse, but such an outcome is not inevitable. Now that Chile has voted to draft a new constitution, it has the opportunity to establish strong governing principles that are more conducive to sustainable progress.

A nation’s constitution ought to be more than a mere set of laws. The U.S. Constitution, the longest-lasting constitution in the world, serves as a framework that guides the development of national characteristics and norms. One key to its longevity is the document’s rhetorical balance. It is written with enough specificity to establish principles, but also with enough generality for those principles to be applied consistently as society evolves.

However, Chile need not look abroad to find the substance of its next constitution. For a sustainable outcome, it should now conduct an honest assessment of its own past and present. Those who scrutinize Chile’s current constitution from 1980 will notice that it reads more like an exhaustive list of decrees than a framework of principled guidance.

Take natural resource ownership, for example. Section 24 of Article 19 says that the state has “absolute, exclusive, inalienable and imprescriptible dominion” over all mines. While there are some protections of private property, this section delineates that citizens’ assets can be seized with compensation “by virtue of a general or special law that authorizes expropriation for public utility or national interest.” And the law determines what substances may be subject to exploration or exploitation.

As Chile endeavors to supply the world with lithium products, it will need guidance from clear and lasting constitutional principles in order to avoid the resource curse.

These statements complicate the basic principle that is established earlier in Section 8 of Article 19, which requires that the State both ensures the right to live in an environment free of contamination and promotes the preservation of nature. Cases such as the Atacama Desert illustrate that these two sections conflict with one another in practice, preventing a consistent application of principles in the constitution. As Chile endeavors to supply the world with lithium products, it will need guidance from clear and lasting constitutional principles in order to avoid the resource curse.

Without proper guidance, Chile could begin leaning too heavily on a state-led, top-down lithium industrial policy, according to one study. Even though turning raw materials into up-stream products helps shield an economy from price volatility and political uncertainty, an over-reliance on a single asset is the hallmark of countries burdened with the resource curse. Chilean citizens want a more equal economy but should not attempt to achieve that end by significantly narrowing the economic base. Bottom-up economic planning is necessary for sustainable growth.

Moreover, such a massive industrial initiative could run counter to the principles of environmental democracy. In comparing forms of governance, researchers have found that democracy originated in societies where granular information on local land use was necessary but difficult for a central authority to gather. This made the consultative, consensual form of governing more natural and more effective.

This embryonic Chilean constitution will likely shape the governance of natural resources for years to come, significantly affecting the country’s overall trajectory. In order to ensure that its promising lithium industry is both prosperous and just, Chile ought to champion constitutional principles that nurture empowered individuals, environmental democracy, robust domestic markets, strong institutions of civil society, and effective local government.

This article was originally published on New Security Beat, a blog of the Wilson Center’s Environmental Change & Security Program. 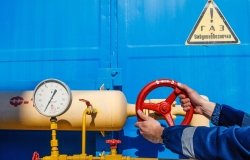