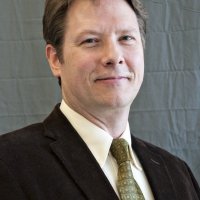 Thomas Rotnem is a Title VIII Summer Research Scholar with the Kennan Institute focusing on Russia's Arctic policy. We asked him to tell us more about his research on Russia's Northern Sea Route Project and its impact on the Artic.

I’ve been interested in Russian domestic and foreign policy since the early 1980s, about the time I entered university in Ohio.  I had to take another language, and didn’t want to take German, as I’d had four years of that in high school.  Nor did I want to take French, Spanish, or Italian, as those were languages my siblings had studied.  I wound up in my first Russian class in 1982 and you could say that was the beginning of my deepening interest in Russia.Ultimately, I graduated from the Ohio State University in the mid-1990s with a Ph.D. in political science, specializing in comparative politics, and a Graduate Certificate as Specialist in Russian Studies.  My dissertation dealt with employment policy in the late Gorbachev and early Yeltsin eras, and thetime spent in Moscow in 1992 and 1993 interviewing Russian politicians, ministerial elites, and trade union officials was exhilarating, further cementing my interest in Russia. Since then, I’ve written or taught on a number of topics related to Russia andhave been associated with the Wilson Center’s Kennan Institute three times now.  For the last few years, I’ve been teaching and writing about Russia’s Arctic policies and just finished teaching my inaugural “special topics” class this spring semester on “Arctic Politics, Policy, and Security in a Changing Environment.”  It was a great experience and the students -- and I -- learned a lot that semester.

The title of my project is: “The Impact of the Northern Sea Route Project upon Human and Environmental Security in Russia’s Arctic Regions.”  Hence, my research in short focuses upon first defining the infrastructural investments made to date and the extensive plans for additional developments, including the vast rail, road, and river projects being made (orproposed) in Siberia to feed it.  The project also examines questions of environmental and human security that will certainly be raised by the successful build-out of the proposed shipping route, questions of concern to both existing indigenous and non-indigenous communities.  Of course, these issues will also be of significance to the potential thousands of new migrants drawn to Russia’s Far North, as investments are made by the regime in the build-out of the NSR and its feeder network.

I’ve been interested in Russia’s Arctic policies, as well as those of other Arctic Council member states, for some time now. Russia has had growing interests in expanding its Arctic footprint for some time now, including military facilities, energy developments, and claims submitted to the UN CLCS.  Last October, President Putin signed a decree that, if fully developed, dramatically increases investment in and capabilities of the Northern Sea Route.  Yet, the number of projects being considered – both those relating to the maritime route, itself, and that relating to the feeder projects which will bring cargo to the ports along the NSR – will no doubt change the landscape significantly and perhaps generate significant new issues or problems.  I’m interested in unpacking all of that, as well as seeing how government, businesses, and civil society will interact regarding such momentous changes.

The Arctic realm has moved to the center of the world’s focus as of late, especially due to the dramatic temperature changes we are seeing in the Russian Arctic and the significant loss of snow cover and sea ice; all of these changes will have a significant impact upon the people living in or near the Arctic, but also much further away.  For example, climate change in the Arctic is well understood to have a decidedly outsize impact upon climates in China, Europe, and even India, where it is hypothesized that it can influence the monsoon seasons.  The alteration in the Arctic space stands to become even more pronounced with the Russian government’s enormous plans for transit and energy developments throughout the region.  These changes will undoubtedly not only transform the environment for citizens in those regions, but also can increase the chances of additional significant anthropogenic changes more globally.  For example, according to a recent Russian government program for the long-term development of liquified natural gas, Russia plans to increase LNG production three-fold by 2035, with an additional 2.5 trillion cubic meters of LNG coming online by 2040.  While burning natural gas is considered to be a “greener” energy source compared with the use of oil and coal, such production levels will add significantly to global carbon emissions.

There exists a substantial record of Russian-language information regarding the NSR and even the feeder networks – from government reports, company websites, newspaper and journal articles, and conference proceedings.  Yet, since the government has increasingly silenced opposition to the regime andits policies, I am finding that societal critiques of these development plans are more difficult to come by, even in regional newspapers in Russia.  Of course, one can find critical voices in foreign-based, Russian-language mediaconcerns, but perhaps the entire story cannot be told without tapping into local concerns with some of these projects.

Despite the Russian leadership’s stated concerns with climate change and sustainable development of the Arctic during its coming tenure as Chair of the Arctic Council, it is quite clear that the regime intends to radically transform the region in the coming decade.  If the government can find sufficient resources to accomplish these goals, the environmental impact upon the region – and the globe – may be extraordinary.  The recent track record of Russia in this arena hasn’t been too reassuring – with major catastrophes near Norilsk and Kamchatka last year, and one under way now in the Komi Republic.  I don’t believe there is a widespread appreciation of the enormity of the changes in the region that may occur; thus, one outcomeof my research will be to unveil the scale of these changes – and the costs – of such a headlong rush to development.