Skip to main content
Support
Explore More
Close
Publication
Economics and Globalization
New Ideas for a New Era: Policy Options for the Next Stage in U.S.-Mexico Relations
Share on FacebookShare on TwitterShare via Email
SharePrint
Part of the Commentary, Analysis, Video
Article

Eric Olson and Christopher Wilson warn lawmakers against setting vague preconditions to “secure our border” before addressing immigration reform, which has sunk reform efforts in the past.

This article orignally appeared in Politico.

The recent announcements by President Barack Obama and a bipartisan group of senators outlining broad principles for immigration reform are very welcome. While the specifics of any reform will be hotly debated, a major advance has been made with the emergence of a broad political consensus, from left to right, that the current system is broken and in need of major repair.

It would be troubling, then, if this golden opportunity to fix a broken system falls victim to the very same trap that has ensnared other reform efforts. By conditioning reforms on achieving a poorly defined and much misunderstood notion of “securing the border,” the whole effort is at risk of unraveling.

It has never been clear what precisely is meant by the term, but billions have nevertheless been spent on fences and sophisticated technology, and the Border Patrol is now more than five times larger than it was two decades ago. Has the border been secured? Hard to say since there is no agreement on the metrics for measuring border security.

In the post-Sept. 11 era, border security has largely been thought of in terms of terrorist threats, “spill over” violence from drug-trafficking organizations operating in Mexico, and the risks associated with undocumented migrants. The top priority for border law enforcement has been denying entry into the United States to would-be terrorists. To this end, enforcement has been quite effective: There are no reported cases of a terrorist attack in the U.S. that involved passage over our southern border.

While drug-trafficking related violence in Mexico has increased dramatically in recent years, violence has largely stayed in Mexico. Illegal drugs continue to flow in significant amounts, but crime data suggest that it has not contributed to a significant increase in crime or violence in the U.S. There are exceptions to this, such as the 2009 kidnapping of a suspected drug trafficker in West Texas, but these are exceptional cases, not a trend, and communities near the border have, on average, rates of murder and violent crime that are lower than the rest of the nation. San Diego and El Paso, the two largest cities on the border, are among the safest in the country.

Protecting the U.S. from the unauthorized entry of migrants often becomes the default criterion for establishing border security. Counting illegal crossings is inherently difficult, but we do know that unauthorized crossings are at their lowest point in 40 years, and the Pew Hispanic Center believes there are now as many Mexicans leaving the U.S. as entering. Studies have also dispelled the myth that immigration and crime are linked; in fact, the presence of a large immigrant population appears to actually help make a city safer.

All of this is to say that defining border security is actually quite complicated. The Department of Homeland Security has been wrestling with this concept for some time, and is currently working to revise its definition and measures of success.

In the absence of a clear definition and diagnostic of border security to help focus their strategy, Congress and the past two administrations have responded to border security concerns by dramatically increasing spending on technology and personnel on the border. The focus of these efforts has been the vast empty areas between the official ports of entry. Yet nearly half of all unauthorized immigrants in the U.S. entered through our ports of entry with legitimate visas but failed to leave when their visas expired, and most hard drugs like cocaine and methamphetamine likewise enter via official crossing points. While the Border Patrol does appear to be apprehending more unauthorized crossers, migrants are taking ever greater risks by heading farther into the desert, with hundreds dying each year as a result.

The relative lack of attention on the official crossing points is also getting in the way of business. Wait times at the border for cargo and individuals have increased, resulting in new costs to manufacturers and shrinking the number of customers who enter the U.S. each day to shop. This same congestion can actually facilitate illegal crossing and trafficking rather than decrease it.

So before Congress and the Obama administration fall into the reflexive pattern of conditioning immigration reform on border security and spending additional money to further beef up the Border Patrol, we suggest they take a close look at what has already been done and whether more of the same is really the answer. As Homeland Security Secretary Janet Napolitano recently said at the Wilson Center, “We’re getting to the point of diminishing marginal returns. What would really help us is if we could improve the legal migration system so that people come through our ports of entry.”

Instead of making another border buildup a pre-condition for immigration reform, border security should be addressed in a way complementary to immigration reform. To do so, two things are needed. First, clearer metrics for border security must be established so we can ensure limited resources are directed to where they can best protect the nation. Second, rather than more border security, we need better border management. Creating more legal avenues for workers to enter and depart the U.S. in an orderly fashion also serves as a disincentive to illegal immigration and allows law enforcement to focus its energy on more dangerous traffic. Similarly, at official border crossings, techniques to expedite known, safe travelers and shipments can free up resources to search for and deny entry to criminals and contraband.

This article orignally appeared in Politico. 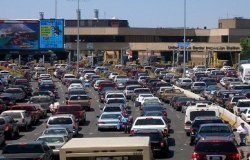 Publication
Trade and Development
The State of Trade, Competitiveness and Economic Well-being in the U.S.-Mexico Border Region 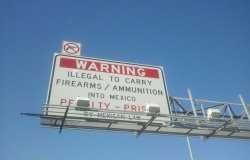 Publication
The State of Security in the U.S.-Mexico Border Region