Skip to main content
Support
Show
Live Now
Trump or Biden: What Would it Mean for Latin America and the Caribbean?
Show
Live Now
A World Divided: The Global Struggle for Human Rights in the Age of Nation-States
Explore More
Close
Audio
Society and Culture
KennanX Episode 10: "'You Can't Say That!' - Political Correctness, Russian-style
Share on FacebookShare on TwitterShare via Email
SharePrint
Article 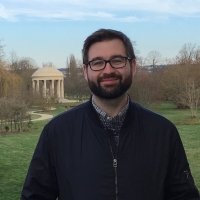 Matthew Honegger is a Title VIII Summer Scholar with the Kennan Institute. We recently spoke with him about his research on the role of Soviet cultural diplomacy in forging musical ties with the United States.

I was born in 1992, three years after Francis Fukuyama declared the “end of history,” and so, naturally enough, I became interested in history. I did a BA at Northwestern University, where I was fortunate to take classes with historian John Bushnell. I initially took a class with John on Imperial Russia and, though I had next to no interest in the Soviet Union (I had fallen in love with the Russia of Tolstoy and Dostoevsky in school), I found him to be such a compelling teacher that I signed up for his class on the Soviet Union and became fascinated by the subject. I was also interested in music — I was a pretty serious horn player in school and, while I didn’t pursue performance, I ended up doing a double major in history and musicology. During my senior year, I wrote a thesis on the Soviet record industry. It was a very retro project, methodologically speaking. I used an English-language catalog put out by Melodiya in the 1970s to see what had been recorded when and then used that information about programming decisions to construct a narrative about de-Stalinization. After I graduated, I entered a PhD program in musicology at Princeton University, where I’ve been writing a dissertation on Soviet music diplomacy under the guidance of Simon Morrison.

By training, I’m a musicologist, but my interests veer into international relations and politics, as well, and so the Wilson Center, as one of the top-ranked think tanks in the United States, has been an ideal place for me to be this summer. I’ve benefitted enormously from the Kennan Institute’s wonderful staff and its community of interdisciplinary scholars.

My project is about the role of Soviet cultural diplomacy in forging musical ties with the United States. Often, when people think of music and Soviet-US relations, they tend to think of the Cold War. They might think of Van Cliburn winning the Tchaikovsky Piano Competition or Leonard Bernstein and the New York Philharmonic in Moscow. They might also recall stories about rock and jazz breaching the Iron Curtain and undermining the Soviet regime from within.

My project, however, begins a bit earlier, in the late 1920s, when the Soviet Union created an apparatus for carrying out cultural diplomacy. Broadly speaking, I’m interested in the ways in which Soviet cultural diplomacy laid the groundwork during the Great Depression and Second World War for later exchange during the Cold War, both in a negative sense and in a positive sense. By negative sense, I mean that some of the channels opened up by the Soviets became pathways for repression after the end of the Second World War — not just in the Soviet Union, but in America, as well. These are scars that are still felt in the many ways: in the life stories of those involved, and also in the way that we conceptualize cultural diplomacy. By positive sense, I mean that interwar and wartime exchange set an agenda for exchange that found its fulfillment in the 1950s and also deposited a lot of material about Soviet music in the United States and vice versa. My project recovers these earlier plans, relationships, ideas, and materials and then looks at how they were repurposed and transformed during the early Cold War. I see the second half of the 1950s as less of a Zero Hour in Soviet-US musical contact and more as rehabilitation of exchange and a return of the repressed. I am, in other words, pursuing a critical prehistory of Cold War exchange, told predominantly from a Soviet and musical perspective.

My time at the Wilson Center has been spent mostly focusing on the later stages of this larger project. By digging through congressional testimony, legislation, hearings, court cases, and newspaper articles, I’ve been trying to understand better that crucial moment at the end of the 1940s and beginning of the 1950s when Soviet-led exchange with the United States largely collapsed and the US State Department gradually moved in to take its place.

Although there’s a sizable body of scholarship on Soviet cultural diplomacy during the interwar period (and a growing body of scholarship on musical exchange during the Second World War), this is largely a separate historiographical island from all the writing on Cold War exchange. Authors usually begin sometime in the mid-1920s and end before the outbreak of the Second World War; the story then picks up sometime during the war or, more likely, after the death of Stalin. There are good intellectual and methodological reasons for this separation, but I became interested in writing across the gap.

The topic also appealed to me because it’s unavoidably self-reflexive. Like most scholars of Russia, I am myself a product of cultural exchange initiatives. In the summer of 2015, I studied in Vladimir thanks to a Critical Language Scholarship, and during the 2018-2019 academic year, I completed most of my dissertation research in Moscow thanks to a Fulbright Grant. My work at the Kennan Institute this summer is supported by a Title VIII grant. Over time, I’ve become increasingly interested in how cultural exchange has shaped my own discipline of Soviet music studies. What does it mean to do “policy-relevant” music research? What does it mean for musical knowledge to be mediated by state organizations? Although I’m largely writing an institutional history, there are elements of intellectual history, as well. Recently, I’ve begun rereading classic American texts on Soviet music (and Soviet texts on American music) not as secondary sources but rather as primary sources, as artifacts of cultural exchange.

The Cold War ended, but, in many ways, it still remains with us. US-Russia relations have deteriorated a lot over the past ten years, and, although the ideological grounds of the conflict have changed, we’ve seen a reactivation of some of the uglier aspects of the Cold War. This includes the stigmatization of ties to Russia, no matter how innocuous. We also seem to be seeing the emergence of a similar sort of thinking when it comes to China. This has the potential to cause a lot of suffering. We all have a responsibility to stand up for our colleagues, no matter what citizenship they may hold, and to stand against xenophobia, deportations, and the closure of borders. My project shows what will happen if we fail to do this.

Cultural exchange can play a role in mitigating international conflict, but if governments have to start signing formal agreements just to send students and orchestras back and forth, as the United States and the Soviet Union did in the 1950s, then clearly something has gone very wrong. Ideally, we want to do something to avoid finding ourselves in a similar situation. While history doesn’t repeat itself, history can help us reflect on how we want to act in the present. In that sense, the history of US-Soviet relations remains relevant as a cautionary tale for policymakers (and the rest of us) in the years ahead.

My project is heavily archival. Altogether, I’ve spent about fourteen months working in state archives in Russia over the past four years. I’ve read a lot of correspondence, memos, meeting transcripts, shipping lists, budgets, contracts, published and unpublished music criticism, and more. I’ve also spent a considerable amount of time working in archives in the United States looking at similar documents. And because my project sits at the intersection of so many subfields, I’ve been forced to venture pretty far outside my intellectual comfort zone. Besides Soviet history, US history, and music, my project has, at various times, taken me into reading about international relations, security studies, legal history, conspiracy theories, emotions, and more. This eclecticism is one of the most challenging aspects of my research, but it’s also undoubtedly my favorite aspect.

I hope that my work will invite reflection on how we conduct cultural exchange and cultural diplomacy going forward. Soft power has often been theorized from a US perspective and that entails a certain degree of Cold War triumphalism. We often think of cultural exchange as a feel-good story — art triumphs over politics, music contributes to the end of Soviet Union. But the story I’m telling here is not that. The emotions are necessarily darker, and failures outnumber success stories. This can be difficult to write about, but it’s an important story to tell, if only because it so strongly diverges from conventional wisdom about music’s place in international relations.