Skip to main content
Support
Explore More
Close
New Security Beat
Environment
One Earth, one security space: from the 1972 Stockholm Conference to Stockholm+50 and beyond
Share on FacebookShare on TwitterShare via Email
SharePrint
Share
Email
Article

The Other Agenda: Water 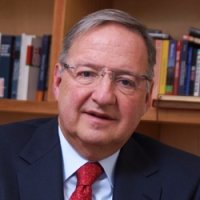 In 2021 Mexico has experienced increasingly frequent and severe droughts. Access to quality potable water remains a challenge for many. Jesús Reyes Heroles argues that the current Mexican government has done little to address access to water in a actionable and sustainable manner.

One of the most severe problems that the world and Mexico experience is water. WHO-UNICEF informed that in 2019, 2.2 billion people lacked secure access to potable water and 4.2 billion lacked access to safe sanitation – that is 28.7% and 54.7% of the global total (7.673 billion people in 2019), respectively. With great disparities between countries, 80% of residual waters return to their ecosystems without having been treated or recycled.

Lamentably, Mexico fares worse: while 91.6% of the population has access to potable water, when gauging water quality, only 44.1% is of good quality.

Separately, only 47.5% of collected water receives treatment and even less meets the quality standards for discharges; therefore, rivers and bodies of water are severely contaminated. The National Commission for Regulatory Improvement (CONAMER) has just received from Secretariat of Environment and Natural Resources (SEMARNAT) a project to reform, the NOM-001-SEMARNAT-1996, which regulates the maximum limits of contaminants in residual water discharges, making them much stricter to the point that many experts consider unattainable, if binding; even SEMARNAT recognizes that the current non-compliance rate of 5.9% would increase to 88.7%. Once again, legislating to create noncompliance and to promote corruption.

In Mexico, 78% of water is used for agricultural purposes, which generates great volumes of contaminated water due to the use of fertilizers and pesticides, and the use of gravity-fed irrigation systems.

Additionally, 115 of the country's 653 aquifers are overexploited, as a result of conditions and concession rights that do not rationalize the use of aquifers.

In this year, extreme climate phenomena, such as droughts and floods, have been overly evident, growing more severe over time.

Despite this grave situation, President López Obrador and his administration practically disregard the issue. While campaigning, AMLO made two rather superficial statements: that he would not privatize water, which he has no authority to do, as it is national property; and to guarantee the constitutional right to water, which has been enshrined in Article 4 of the Constitution since 2012. The current administration has done nothing to improve water concession terms. Regarding the human right to water, Congress has yet to issue a law that regulates Article 4.

Formally the National Hydric Program (PHNH) 2020-2024, which was published in May 2020, is a serious undertaking, with sensible objectives, congruent strategies, and concrete actions. It includes important and innovative statements, such as establishing the annual volume of water that should be emitted or reserved to guarantee ecological flows in hydrological basins as a means to achieve sustainability.

Nothing has been said about this Program’s implementation. Civil society communications have focused on short-term issues, without implementing the elements of the hydric policy. Examples include the Constellation Brands brewery, the conflict over water in the Boquilla dam in Chihuahua related to the Water Treaty with the U.S., the Healthy Water Program for la Laguna, the dam in El Zapotillo in Jalisco, and the Independence Aqueduct in Sonora.

Only one Regional Hydric Program (Lerma Santiago Pacífico) has been published, while the rest are being processed, fortunately with an incipient civil society participation.

The disregard of water issues on behalf of the highest levels of government is not limited to mere discourse, but rather unfolds in the entire governmental and budgetary action. For example, since 2011, The National Water Commission (CONAGUA) estimated that to realize the vision for water by 2030, annual investments of 3.99 billion U.S. dollars are necessary – the Federal Expenditure Budget (PEF) has not even considered anything remotely close to those figures.

There is no vision nor hope to avoid Mexico’s water crisis.

This article was originally published in El Universal