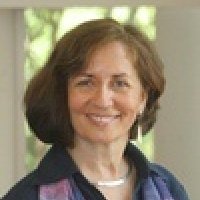 In the midst of anti-government protests and civil unrest that swept throughout Turkey in summer of 2013, former Wilson Center Scholar Susan C. Pearce witnessed first-hand a major milestone in Turkey’s LGBT community as estimates of 100,000 people gathered for the annual Istanbul LGBT pride parade.

In the midst of anti-government protests and civil unrest that swept throughout Turkey in summer of 2013, former Wilson Center Scholar Susan C. Pearce witnessed first-hand a major milestone in Turkey’s LGBT community as estimates of 100,000 people gathered for the annual Istanbul LGBT pride parade.

Istanbul’s Pride parade has now been legally run over the past 11 years.  Since its inception, the parade has seen increasing numbers of attendance. In 2011, with an approximate attendance of 10,000, it was designated as the largest pride parade in Eastern Europe. Attendance has skyrocketed in years since and similar events have also blossomed in Ankara.

After contextualizing the Gezi Park (and its subsequent) protests, Pearce vividly encapsulates the milieu of the Istanbul LGBT pride parade:

“Street-vendor opportunists were on hand, selling products that had become symbol staples in the recent protests, such as Guy Fawkes masks and Turkish flags with the image of Mustafa Kemal Atatürk. In fact, staring over our shoulders was the banner sporting the proud image of Turkish father himself, hung in its usual place from the top of the Atatürk Cultural Center just across the square. I used my camera to frame his distant image with several foregrounded rainbow flags, bemused and curious about what he would say”.

Pearce augments her field notes with discussions of other LGBT-related events in Istanbul, Turkey’s ongoing discussions for EU Accession, and human-rights issues. Lastly, she offers her audience the following charge: “. . . pay attention to Pride parades”; for such micro-level sociocultural events are often emblematic of greater trends and sentiments.

The full text of the article Pride in Istanbul, Notes from the Field: Summer 2013 can be downloaded here.