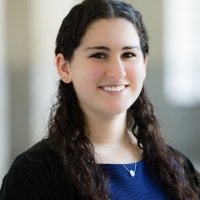 Q: In 2013, the Argentine Soccer Association (AFA) introduced a law prohibiting the entry of visiting fans to local stadiums during soccer matches. Nevertheless, there have been repeated violent incidents, such as in Floresta, when the All Boys soccer hooligans attacked police; and in Nuñez, when River fans hurled bricks at Boca’s team bus as it tried to enter the stadium. Why have police outside stadiums been unable to reduce this violence?

A: In Argentina, sports safety policies are restrictive, prohibitive and punitive. The militarization of the stadium, isolation, fencing and corralling the public are the tools that have been applied for 30 years, but the acts of violence in the stadiums continue to occur, as seen in the last River-Boca game. This is explained by the fact that violence is considered to be a legitimate practice in the world of soccer, both by fans, officials, police, players and journalists. All these actors resort to violence, and not only physical violence, but also symbolic, institutional, sexist and verbal violence.

The police are a central actor in the culture of violence in Argentine soccer. They were involved in almost 25 percent of the 328 deaths of soccer fans since the beginning of professional soccer in Argentina.

Q: We already know “La Doce” and “Los Borrachos del Tablón,” the notorious Boca Juniors and River Plate hooligans, respectively. But these thugs are not the only hooligans known to have significant political influence and involvement in criminal behavior. What are the origins and degree of influence of soccer hooligans in Argentina?

A: Hooligans have been around since the 1950s, but it was in the 1980s when they began to transform into what they are today. Their power has been increasing over time, and although each club is different, and it is difficult to generalize, the links hooligans have with club leaders are undeniable. Recall that in Argentina, soccer clubs are non-profits, and their leaders are elected by members. In the selection process, hooligans are influential actors, and often the candidates for club leadership reach agreements with hooligans.

In addition to links with club leaders, hooligans have ties to other influential actors: government officials, politicians, trade unionists and police. Through these relationships, the hooligans play informal roles that help retain their power.

Q: You have highlighted police corruption as a significant impediment to the prevention of soccer-related violence. Does that suggest that President Mauricio Macri’s strategy of treating hooligans as elements of organized crime is bound to fail, absent broad police reform and professionalization? In the meantime, what is the best solution?

A: For AFA, violence has never been a priority. Historically, it has tried to disengage and pass the responsibility to the government, even presenting itself as a victim of violence. It is true that the soccer clubs cannot be asked to address the violence on their own, but their collaboration with other authorities has been very weak. Meanwhile, though violence in soccer has become a major political issue, the government response is wrongheaded, always relying upon the same solutions: militarization of stadiums, and selective punitive strategies and prohibitive formulas that have already proven ineffective. Today, the Argentine government regards the problem of violence in soccer as a criminal justice issue. At the NGO Salvemos al Fútbol, and in the research world, we consider it essentially to be a cultural problem. We have to transform the way soccer is lived.

Q: What makes Argentina’s soccer hooligans different from their counterparts in rest of the world, such as in Europe?

A: Hooligans are a result of the Argentine soccer culture, which in the last 40 years has been built around nefarious values and ideas: success, victory at any price, conspiracy, advantage, the humiliation of the rival, and violence. You have to start from that context to understand the existence of Argentine soccer hooligans. The uniqueness of Argentine hooligans is their organization, their violence and their economic activities, both related to soccer and in other sectors. In this way, they have become involved in a range of illegal activities. Their main differences with European ultras are their links with powerful actors, such as political figures, union leaders and the police.