Skip to main content
Support
Explore More
Close
Article
Trade and Development
T-Bones to China: A Conversation with Michael Derham, a Partner at Novam Portam
By Michael Derham on March 8, 2018
Share on FacebookShare on TwitterShare via Email
SharePrint
Article

Q&A with Doris Capurro, President and CEO of LUFT Energía 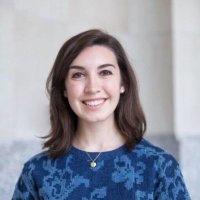 Founded in 2016, LUFT Energía is a leader in renewable energy investment in Argentina, and its investments are helping the country meet hard-to-reach targets for alternative energy production. Today, fossil fuels account for 86 percent of electricity produced in Argentina, and less than 2 percent comes from renewable energy sources. By law, that has to change, and quickly. In 2016, Argentine lawmakers committed the country to an 8 percent target by year-end, and 20 percent by 2025. Argentina’s carbon emissions commitments under the Paris Agreement also require greater investment in renewable energy, including wind turbines and solar panels. Finally, greater power generation at home would help reduce Argentina’s energy trade deficit, which cost the country more than $3 billion over the last year. To learn more about Argentina’s successes and challenges attracting investment to renewable energy projects, we spoke to LUFT Energía’s founder and president, Doris Capurro, who helps oversees solar projects in Argentina as well as the 100 MW Parque Eólico Corti wind project in the Province of Buenos Aires, awarded as part of Argentina’s RenovAr initiative.

Q: How much progress is Argentina making toward reaching its Paris climate agreement goals? Is renewable energy generation an important aspect of that strategy?

A: Although later than its South American neighbors – and with a clear lack of clean power in its energy mix, despite its significant renewable resources – Argentina is finally implementing a transformation of the national energy grid, investing in wind and solar power. Argentina has a heavy dependence on fossil fuels (86 percent). But a law that commits Argentina to get 20 percent of its electricity from renewable energy sources by 2025 is being implemented successfully by the new administration. We are taking the first steps.

Q: Will Argentina meet its objective of 20 percent renewable energy generation by 2025? After all, renewables account for under 2 percent of electricity generation right now.

A: The development of renewable energy today holds a central position in Argentina’s economic agenda. The energy tenders (RenovAr 1 and 2) attracted many international and local investors, developers and financial institutions. Although the earlier goal of 8 percent renewable capacity by the end of this year is out of reach, we imagine that the 20 percent target for 2025 will be surpassed. However, we first have to overcome the lack of electricity distribution infrastructure, which is creating a bottleneck that threatens our ability to achieve that target.

Q: Can you tell us about LUFT Energía’s project pipeline? What was your role in the Parque Eólico Corti, the first wind farm in Buenos Aires Province, which opened in May?

A: Luft Energía, created in 2016, played an important role, in coordination with Pampa Energia, Argentina’s leading electric power company, to propose the Corti project in the first round of the RenovAr 1 tender. We also collaborated to obtain financing from the Inter-American Development Bank, and jointly partnered with a foreign investor who contributed 50 percent of the equity. Today, the Corti project is the first from RenovAr 1 to become operational (it started producing energy in early June), and the first in the Province of Buenos Aires. For those reasons, Corti is a milestone for Argentina’s energy transformation. In RenovAr 2, we have submitted proposals for more than 500 MW of solar energy production, and we also hope to be a player in energy distribution and in the tender for the transmission lines.

Q: What are the biggest challenge to continuing to attract investment in Argentina’s renewables sector, including through the RenovAr program, which has attracted an impressive number of bidders, but has appeared to be slow in catalyzing final contracts with companies?

A: The opportunities for the development of renewable energy in Argentina are strictly linked to credit capacity. If we add the infrastructure bottleneck, then there are two important challenges to be overcome. So, some people have good reasons to be skeptical about Argentina’s green credentials. Furthermore, the economic and social situation of Argentina may scare potential investors.

Q: Does Argentina’s focus on unconventional oil and gas, and its planned exploration for offshore oil, detract from its efforts to develop renewable energy, or call into question its commitment to the Paris agreement?

A: The Vaca Muerta shale fields – which make Argentina the holder of the second-largest shale gas reserves in the world – is seen as the best opportunity to achieve energy security for the country. The Argentine government is hoping to attract $20 billion in investment by 2019 to those fields. Obviously, that investment competes with renewables.