Resilience is becoming a new priority for NATO: Testimony by Dan Hamilton before the NATO Parliamentary Assembly

Daniel S. Hamilton is the Austrian Marshall Plan Foundation Distinguished Fellow and Director of the Global Europe Program at the Wilson Center. He is one of the country’s foremost experts on modern Europe, the transatlantic relationship, and U.S. foreign policy. He testifies regularly before the Senate, the House, and various European parliaments, comments often in U.S. and international media, and is an award-winning author of scores of publications on European and transatlantic security, economic and political affairs, and on U.S. foreign policy issues. A former senior U.S. diplomat, he is also Senior Fellow at the Foreign Policy Institute of Johns Hopkins SAIS. 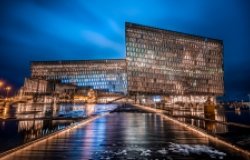