Russia’s invasion of Ukraine has thrust foreign policy to the forefront of France’s presidential race. Launching his re-election campaign against the backdrop of Europe’s worst war in recent history, Emmanuel Macron promised to defend French values that “the world's disorders are threatening." In a contest usually defined by domestic issues, Macron is set to benefit from this turn of events and, despite recent polls, is poised for victory. Discussions of Macron’s improved electoral prospects often point to his demonstration of leadership as the “Father of the Nation” during the crisis. Less frequently mentioned, however, is the impact of the war on bolstering Macron’s arguments for a more capable European Union—a longstanding pillar of his political identity.

Macron’s four main challengers, by contrast, have not developed serious visions for the future of the European Union. Instead, his opponents use Brussels as a foil to win domestic support. Such a platform has become increasingly untenable in the current moment of international instability, which is demonstrating the importance of a strong and sovereign European Union. The crisis in Ukraine underscores Macron’s pro-EU platform, vindicating his vision of a stronger Union more capable of projecting power and bolstering his chances of securing another 5-year term.

Since the early days of his first campaign for France’s presidency, Emmanuel Macron has highlighted the importance of the EU. He continued to support it even when the future of the European project seemed under threat throughout the fallout from the 2016 Brexit vote and the rise of numerous far-right political parties across the continent. As best illustrated in his 2017 speech at the Sorbonne, Macron espouses a grandiose vision of a united Europe capable of acting independently and strategically. Despite sparking widespread criticism among skeptics of greater European sovereignty, Macron has stuck to his guns—and ultimately been proven right.

Fast forward to 2022: Russia has invaded Ukraine and the European Union is united amid one of the most black-and-white conflicts of the last century. Once a mere economic organization without a political dimension, it now exerts considerable power in unprecedented ways. The EU has rapidly made unified decisions to implement harsh sanctions against Russia, jointly transfer arms to Ukraine, and commit to bolstering its military capabilities. It has also granted protected status to the more than 3.7 million Ukrainian refugees who have crossed its borders. Although critics might argue that Brussels has not gone far enough, it is clear that the Union is transforming into the powerful international actor that Macron has always envisioned. However, Macron’s opponents have their own plans for France’s relationship to the EU, ideas rooted largely in their domestic political platforms rather than strategic foresight.

Each candidate's campaign has revealed details about their approach to the EU, should they become president. Marine le Pen’s views on the EU have evolved since her last attempt to run for President in 2017—no longer calling for France to leave the European Union or Eurozone, she has vowed that her first trip abroad would be to Brussels. Despite this shift, however, she promises to "turn the European Union upside down" if she is elected President in April.

Zemmour’s views on the European Union largely mirror those of Le Pen—rather than wishing to leave the European Union, he plans to change it from within. On migration, Zemmour has called for an overhaul of Frontex and renegotiation of the Schengen Agreement, even saying he would simply “not respect Schengen” if reforms are unsuccessful. Both Le Pen and Zemmour view the EU through the narrow lens of restrictions on national sovereignty, ignoring its potential to amplify France’s role in the world.

Meanwhile, Pécresse has attempted to thread the needle between Macron’s committed pro-EU stance and the Euroscepticism of the far right. In a February speech to French business leaders, Pécresse denounced recent EU initiatives such as the Carbon Border Adjustment Mechanism and the taxonomy on green investment as harmful to French interests. Calling for France “to regain the upper hand” in Brussels, Pécresse has pivoted from her previous reputation as a pro-European moderate in an apparent appeal to voters seduced by the sovereigntist rhetoric of the far-right.

Mélenchon, the final major contender, has adopted a dismissive attitude toward the organization, having stated that if elected he would plan to disregard EU rules that do not suit his political program. Failing to recognize the potential of the European Union, he focuses narrowly on the perceived constraints imposed on France by Brussels, using the Union as a political foil.

If Macron wins, he will continue to push the EU to become a stronger player in world affairs in order to meet the pressing challenges of an aggressive Russia and a rising China. But if the polling proves inaccurate and one of Macron’s challengers wins, the EU will lose one of its greatest advocates, with a new French leader likely to neglect the Union’s potential to take on a larger geostrategic role. While the European Union would not necessarily come crashing down in the case of a Le Pen or Zemmour presidency, it would be sure to stagnate. Pécresse and Mélenchon are also likely to hold back its development by attempting to renegotiate supposed bad deals for France rather than making innovative proposals to strengthen the bloc.

Call it coincidence, call it luck—Macron’s years of appeals for a stronger, more powerful EU have proved prescient, as Russia’s invasion of Ukraine has united the bloc. With Macron near certain to win a second term as president of France, he stands to gain more authority and the capacity to raise the EU to new heights, providing a welcome alternative to his presidential opponents who view the EU as a restriction on French sovereignty rather than a guarantor of European sovereignty. This clear vision for the future of the Union makes Macron the candidate most suited to tackle the challenges facing both France and Europe in the years to come. 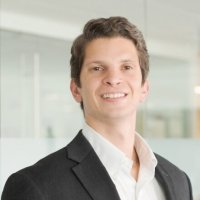