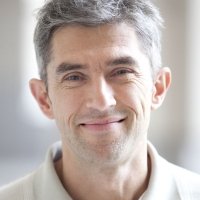 The fluctuating intensity of warfare in the Donbas region should be seen neither as a step toward freezing the conflict nor toward achieving a lasting peace. While Russia remains nominally unrecognized as party to the conflict by the West, the Minsk II agreement may well share the ineffectual fate of its predecessor, Minsk I. To avoid this fate, the West, and the U.S. in particular, must recognize Russia a party to the conflict. There are several reasons for this.

The fluctuating intensity of warfare in the Donbas region should be seen neither as a step toward freezing the conflict nor toward achieving a lasting peace. While Russia remains nominally unrecognized as party to the conflict by the West, the Minsk II agreement may well share the ineffectual fate of its predecessor, Minsk I. To avoid this fate, the West, and the U.S. in particular, must recognize Russia a party to the conflict. There are several reasons for this.

Reason number one is the need to develop a right strategy. In order to stop the war, one must call it by its proper name. As Philip Karber, Igor Sutiagin, and the Atlantic Council team reported, there were between 9,000 to 12,000 Russian military personnel in the Donbas in February-March 2015.  Nearly the same number is still operating in the vicinity of the Russo-Ukrainian border. The posthumously released report by Boris Nemtsov on the conflict in Ukraine claims that over 200 Russian soldiers have been killed in Donbas since the beginning of the conflict.

These facts are known in Washington, Brussels and Berlin, but Western governments are still reluctant to admit that this is the case. The ice seemed to be cracking, however, now that the State Department has introduced the term “combined Russian-separatist forces.”

Thus the “strategic patience” approach should be changed for a more proactive one, as the former does not work to terminate the war. Moreover, many in Ukraine see this strategy as a game between Putin and the West, for which Ukraine is paying the price.

The second reason is the need to apply a right diplomacy.  While the West sees the Minsk II Agreement as a second chance to freeze the war, Putin sees it as “neither peace nor war” and is using it to regroup forces. Again, this tactic is common knowledge, but Western powers continue to pretend that the shaky truce is still being held. Until Russia is recognized as a party in this conflict, Putin will not abide by peace agreements. Meanwhile, as the new tanks and artillery shelling from the separatists’ side is growing, a hybrid peace may again turn into a hybrid war.

To prevent the latter, the U.S. needs to intervene to push for a change in the format of the negotiations. The current format – a four party ‘Normandy’ approach, which includes Ukraine, France, Germany and Russia as negotiating partners, but not the U.S. – is convenient for Russia. It has also been convenient for Germany and France. But it is not in the interests of those seeking stable peace in Ukraine. Without the U.S. participating in the talks, and probably the UK, as signatories of the Budapest memorandum, it will be very difficult to contain Putin. Washington should not wait until Russia renews the full-scale offensive before pushing for a multiparty, ‘Geneva’-style negotiating approach.

The third reason is the peace-building requirements. Peace must be achieved. In mid-March, Ukraine requested that the EU dispatch a police mission to Donbas. After almost three months, the EU is still hesitating to do so. The Russian reaction, articulated by the “chairman” of the Donetsk People’s Council Andrei Purhin, was straightforward and immediate: “If we needed peacekeepers, we’d want them to come from Russia.” However, given Russia’s role in the conflict, the idea of sending peacekeepers into the territory is absurd. If Russia’s “peace-keepers” were to gain presence in Donbas, it would become an additional opportunity for Russia to maintain its troops in the region. At the same time, if the Europeans send a police mission in, Russians will likely claim that it wants to do the same and demand a joint mission. Without recognizing Russia a party to the conflict, there is no chance to send the unilateral European police mission to the Donbas.

The forth reason is justice. While Russia remains ‘above’ this war, the ability of Ukraine to bring war criminals to justice in the Hague is virtually non-existent. It is also problematic for Ukraine to claim any reparations from Russia. Meanwhile, according to Ukraine’s Prime Minister Yatsenyuk, Ukraine has lost a quarter of its economy since the war began. As Ukrainian First Deputy Minister for Economic Development and Trade Oleksandr Borovyk has observed, Ukraine’s losses in this war are comparable to Kuwait’s losses from Iraqi aggression in 1991, or, in his estimate, approximately $350 billion. So long as Russia is not recognized as party to the conflict, justice cannot be achieved.

Of course, the Ukrainian internal blunders complicate things. In February 2015, Ukrainian Prime Minister Arsenyi Yatseniuk stated that Russia must rebuild Donbas. This statement was Yatseniuk’s attempt to counterbalance President Petro Poroshenko’s strategy, which to the general public appears as appeasement.  As such, this was a move in the right direction, but it received no public recognition. With no support from either the President or from the parliament, it became clear that there is an absence of internal consensus on how to end the war. Rather, the conflict has become just another subject for domestic politicking. This is a typical leadership trap for Ukraine, which has often been used by its neighbors, including Russia, to their advantage.

However, by recognizing some territories in the Donetsk and Lugansk regions in March of this year, in response to the Minsk II agreement, as temporarily occupied, Ukrainian parliament made the right decision, albeit belatedly. Such a declaration is an important step in facilitating the recognition of Russia as a party to the conflict by the U.S. and the European Union.

The fifth reason is of moral nature. Washington, London and Paris should be consistent with the “assurances” they gave Ukraine in Budapest in 1994. When Ukraine gave up its nuclear arsenal (the third largest in the world), all parties appeared satisfied. However, since the seizure of the Crimea and igniting of the war in Donbas by Putin, Berlin, Paris and Washington have been busy trying to contain Ukrainians, not Russians, from making imprudent steps. The argument has been made that the West’s indifference to Ukraine’s  security encouraged Russian aggression. (This argument has been in use since March 2015. See, for example here and here.) If so, the West bears part of the responsibility for what happened there.

If Putin is not stopped in Ukraine today, tomorrow he may test the willingness of NATO to protect its allies. The Latvian Russians have recently appealed to the Russian Duma asking for political support. The next step would be the "protection of Russians” elsewhere. In short, the West’s reluctance to recognize the threat that Putin poses to Europe is spurring him to further aggression.

The last reason has to do with the cost of the so-called “strategic patience.” If the Minsk agreements are thwarted again, which looks more likely than not, the pressure in the United States to provide Ukraine with lethal weapons will increase. Providing military support will be viewed as increasingly essential, and the White House may well bend to the pressure. However, if that decision is made after the new escalation begins, it will open doors for a full blown "proxy war” in Ukraine. A renewed escalation will be more intense and costly to all. Sooner or later, the West will be forced to admit that Russia is a party to the conflict, but the cost of inaction may be too high.

The views expressed by the author of this article are the author’s only and do not represent the views of the Kennan Institute or the Wilson Center.