The History and Public Policy Program and the National History Center are pleased to announce the Spring 2021 Washington History Seminar lineup. All sessions take place on Zoom webinar from 4:00pm-5:30pm ET unless otherwise noted. Recordings of past sessions are available through the links.

The History and Public Policy Program and the National History Center are pleased to announce the Spring 2021 Washington History Seminar lineup. All sessions take place on Zoom webinar from 4:00pm-5:30pm ET unless otherwise noted. For past events, please click the link to view a recording of the session. For upcoming events, please see the event page for more details and RSVP instructions.

January 25: Claudio Saunt (with Kathleen DuVal and Michael Witgen)
Unworthy Republic: The Dispossession of Native Americans and the Road to Indian Territory

January 29: Joan Wallach Scott (with Francine Hirsch and Thomas Holt)
On the Judgment of History

February 22: Mark Levinson (with Margaret O’Mara and Maya Jasanoff)
Outside the Box: How Globalization Changed from Moving Stuff to Spreading Ideas

February 26: Catherine Grace Katz (with Serhii Plokhii and Allida Black)
The Daughters of Yalta: The Churchills, Roosevelts, and Harrimans: A Story of Love and War

March 22: Laura Robson (with Laila Parsons)
The Politics of Mass Violence in the Middle East

April 5: Amanda Frost
You are Not a Citizen: Citizen Stripping from Dred Scott to the Dreamers

May 3: James M. Banner Jr. (with Sarah Maza)
The Ever-Changing Past: Why All History is Revisionist History

May 10: Alex Wellerstein (with Kathleen M. Vogel)
Restricted Data: The History of Nuclear Secrecy in the United States

May 17: Joanne Meyerowitz
A War on Global Poverty: The Lost Promise of Redistribution and the Rise of Microcredit

May 24: Louis Menand (with Kathy Peiss)
The Free World: Art and Thought in the Cold War

June 14: Dorothy Sue Cobble
For the Many: American Feminists and the Global Fight for Democratic Equality

July 26: Marvin Kalb
Assignment Russia: Becoming a Foreign Correspondent in the Crucible of the Cold War 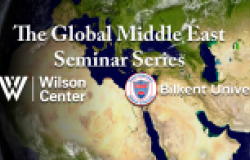