The Fall of Reza Shah: The Abdication, Exile, and Death of Modern Iran’s Founder

Reza Shah's authoritarian and modernising reign transformed Iran, but his rule and Iran's independence ended in ignominy in 1941. In this book, Shaul Bakhash tells the full story of the Anglo-Soviet invasion which led to his forced abdication, drawing upon previously unused sources to reveal for the first time that the British briefly, but seriously, toyed with the idea of doing away altogether with the ruling Pahlavis and considered reinstalling on the throne a little-regretted previous dynasty. Bakhash charts Reza Shah's final journey through Iran and into his unhappy exile; his life in exile, his reminiscences; his testy relationship with the British in Mauritius and Johannesburg; and the circumstances of his death. Additionally, it reveals the immense fortune Reza Shah amassed during his years in power, his finances in exile, and the drawn-out dispute over the settlement of his estate after his death. A significant contribution to the literature on Reza Shah and British imperialism as it played out in the case of one critical country during World War II, the book reveals the fraught relationship between a once powerful ruler in his final days and the British government at a critical moment in recent history.

Shaul Bakhash is a professor at George Mason University and specializes in the history of the modern Middle East with a special interest in the history of Iran. He received his B. A. and M. A. from Harvard University and his D. Phil from Oxford University. He worked for many years as a journalist in Iran, writing for Tehran-based Kayhan Newspapers as well as for the London Times, the Financial Times, and the Economist. He has been a Guggenheim Fellow and held fellowships at the Institute of Advanced Study at Princeton and other research centers. He is the author of Iran: Monarchy, Bureaucracy and Reform Under the Qajars, 1858-1896; The Politics of Oil and Revolution in Iran; and Reign of the Ayatollahs: Iran and the Islamic Revolution.   His articles have appeared in numerous scholarly journals and books, as well as in the New York Review of Books, Foreign Policy, The New Republic, the New York Times, the Washington Post, the Los Angeles Times and other newspapers.

“How can we characterize Reza Shah’s three years in exile? For one thing, the once feared and formidable rule—who’s ferocious temper could leave his ministers quaking with fear, had grown decidedly less imperious. His country had been invaded and occupied. He had been forced to abdicate. He was now leaving his country to which he has devoted so much attention. Something in the man had broken.”

“In his 7 months on the island of Mauritius, he did not even leave his house and his compound, restricting himself to walking in his gardens. ‘I am a prisoner’, he told his son in law, ‘and must behave like one’.”

“Iranians remember Reza Shah as a man who modernized Iran—I agree that the term is not very accurate—and here you have an Islamic republic and clerical rulers who seem to be taking the country backwards. Reza Shah greatly weakened the clerical power in Iran and now the clerical power is dominant. And in Reza Shah’s time they believed that Iran was a country that could hold its head high among the international community and they don’t believe that that is the case any longer.”

“Reza Shah and his advisors did not fully grasp the life and death issues at stake for England and its allies when the 2nd World War broke out and as Hitler overran Europe and occupied France."

“Britain realized that it needed full control over Iranian routes, something that would have been impossible with the Shah in place, so Reza Shah had to go.”

“He created a centralized, strong state. This had never been there in Iran. Often people […] compare him to Ataturk—I think actually this is a misapplication because Ataturk inherited from the Ottomans a long history of bureaucracy. Iran had no real bureaucracy, had no central army, and what Reza Shah did really from scratch in 20 years is create a centralized state.”

“I’m intrigued by this nostalgia because the last thing Iran needs nowadays is a stronger, more centralized state. So when people are nostalgic for Reza Shah it seems to be a very misplaced nostalgia or misunderstanding of really Iranian history.” 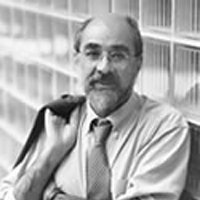 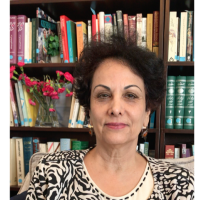