The Ever-Changing Past: Why All History is Revisionist History

James Banner’s book, the first full-length work on revisionist history since 1929, explains why, since the time of ancient Greece, historians have disagreed with others’ interpretations of the past. He argues that written history has never been, inert, certain, and beyond reinterpretation nor does it arise more on the Left than on the Right. Moreover, it’s to be expected that different minds from different places in different contexts never see the past the same way nor, because of the workings of memory, perception, and thought, can history ever be objective. History thus remains an enduring source of dispute for being essential to individuals’ differing places in the world, their visions and hopes, their searches for meaning, and their groups’ and nations’ sense of identity and destiny. In open societies, such disputes are to be welcomed as a sign of robust public life.

Cofounder of the National History Center, James M. Banner, Jr., is a visiting scholar in the history department of George Washington University. The author of Being a Historian: An Introduction to the Professional World of History (2012), and most recently the editor of Presidential Misconduct: From George Washington to Today (2019), he has under development a play, “Good and Faithful Servants,” adapted from the correspondence between John and Abigail Adams and Thomas Jefferson.

“Justice Thomas, like so many people, had a view of historical thought as being static and forever. Stable, certain, without context, separate from its creator’s intentions and dispositions, and that experience gnawed at me for many years and that’s what led me to try to try to explain what we mean when we use the term revisionist history.”

“Conceptual-revisionist history—distinct ways of conceptualizing the past in new ways, I take here as an example women’s history and theories of changing the position of women in the United States and elsewhere that have greatly—hugely—advanced our understanding of not only women’s history but of the history of every Western society that we know anything of.”

“Then there’s evidence-driven revisionism. New ways of looking at the past because of the discovery of new evidence, for example the Dead Sea scrolls—they altered our understanding of the Eastern Mediterranean in the days of the Jews and the Palestinians and that entire part of the crescent of the East.”

“The ever-changing past is both innovative and debatable in its collapsing together of, on the one hand, a very distinctive process, the systemic challenge to a historical orthodoxy, and on the other a broader and more familiar theme which is methodological innovation in history.”

“Three or four decades ago, when the profession was almost entirely male, revisionist work was typically driven by a sort of testosterone-fueled zero-sum game. You made your career by attacking the biggest guy in your field that you dared to take on, and being right involved proving that someone else was wrong […] Revisionism in Jim’s broader sense of methodological change came about with working class, then female, gay and minority historians entering the profession. Feminist historians started out saying—in essence—we’re not going to pay attention to your boys’ games.” 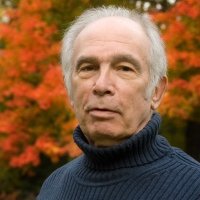 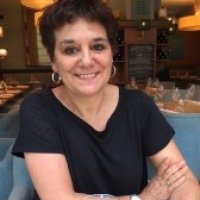 Jane Long Professor in the Arts and Sciences and Professor of History, Northwestern University