Still Cozy After All These Years

"Sixty-five years after the Korean War, North Korea is more to Beijing than just a security buffer and an economic appendage of China’s insatiable economy. It is the battleground where China took on mighty America and wrestled it to a stalemate. Yes, at high cost, but according to the party, in the service of just causes: China’s greatness and the longevity of the CCP," write Masuda Hajimu and Sergey Radchenko.

Sixty-five years ago, on June 25, 1950, the Soviet-equipped North Korean army struck south of the 38th parallel. The ensuing three years of seesaw warfare turned much of the Korean Peninsula into ashes: Up to 3 million Koreans were killed or wounded before the two sides signed a cease-fire in July 1953. Millions more were left to pick up pieces of their shattered, divided lives.

Today, the war’s most visible legacy is the continued existence of North Korea: 65 years later, it is still there, ringed by barbwire, bristling with tank guns and missile tips, a menace to itself and its neighbors. Much of the world eyes the Pyongyang regime with a mixture of revulsion and disdain, and pundits do not tire of predicting its coming collapse.

Among the factors inhibiting the natural process of Pyongyang’s meltdown is Beijing’s support. China’s annual trade with North Korea clocks in at roughly $6 billion; in addition to that, China has reportedly committed $500 million for a mining complex at Musan, near the border with China. There is a treaty between the two, signed in 1961, but reportedly still in force, that commits China to North Korea’s defense. China is unquestionably North Korea’s lifeline and — for all of Moscow’s flirtation with leader Kim Jong Un — its only major sponsor.

And it was China that saved North Korea in late 1950, when the U.S.-led counteroffensive nearly drove North Korean leader Kim Il Sung into the Yalu River. Were it not for Beijing’s military intervention — which cost China as many as 400,000 lives, including Mao Zedong’s son Anying — the war would have ended with the absorption of North Korea into South Korea.

But times have changed: The China of 1950 was poor and weak, while today’s China is the world’s second-biggest economy, a superpower with far-ranging interests and global commitments. It has politically solid and economically profitable ties with Seoul. It preaches regional stability and strongly opposes Pyongyang’s pursuit of nuclear weapons. Most importantly, it no longer wants revolutionary upheaval in Asia. So why has Beijing been so reluctant to pull the plug on a regime that has clearly outlived itself?

To find the answer, it is important to understand why China chose to intervene in the Korean War in the first place. For one, security played a large role. The People’s Republic of China was barely a year old, and China seethed with unrest. The appearance of U.S. forces on the Yalu River on the China-North Korea border not only would have encouraged detractors of the new regime, but would have certainly posed a direct threat to China’s industrial heartland, Manchuria. This is what Mao meant when he told the North Koreans in 1953, “Had the enemy not been beaten back away from the Yalu River, China’s development would not be secure.”

Second, this was a question of China’s global prestige. As Mao put it to Peng Dehuai, who commanded China’s troops in North Korea, “We will greatly impress the democratic front and the people of the capitalist countries, thereby striking a new blow at the imperialists and enhancing pessimism among them.” China standing tall and proud, beating back the American imperialists in Korea! This idea alone was worth thousands of lives to Mao, as it helped legitimize the revolution and the rule of the Chinese Communist Party (CCP).

Third, China went to war in Korea to promote domestic mobilization. Mao believed that war helped revolution. Beating back the Americans would stir up patriotic fever, increase support for the government, cow enemies of the regime, and hasten economic construction. China’s intervention in the war was accompanied by a domestic campaign called “Resist America, Help Korea,” aiming at inflaming nationalist passions through public meetings, marching, and other forms of communist propaganda.

The mainstream Chinese historical narrative portrays “Resist America, Help Korea” as a point when China rallied around the flag and the people ardently backed the righteous cause of Chinese communism. Newly available Chinese documents help determine the accuracy of this interpretation. These documents are studies carried out by local CCP authorities during the Korean War that gauge public attitudes toward China’s involvement in the conflict — the CCP version of opinion polling.

Hundreds of such reports were submitted around the country, and though they were often no more than a collection of anecdotes — and though they were by no means disinterested or unbiased — they offer important insights into how the Chinese people actually perceived the Korean War as it unfolded.

These reports show that despite all the state propaganda, public opinion was remarkably polarized. On the one hand, there was genuine enthusiasm for the war, especially after the first Chinese victories on the battlefield in late 1950. Local party committees were inundated by letters from youngsters who wanted to join the fighting in Korea. “I was born to a well-to-do family and need to toughen myself,” one Beijing student wrote. “Let me be dispatched to the place where the battle is most fierce.” Another youth wrote that whereas he previously looked down on his country because it was backward and had no military airplanes or artillery, now he had come to love his fatherland. After the Chinese retook Pyongyang from the U.S. forces, businessman Liu Hongsheng, a well-to-do entrepreneur from Shanghai, reportedly said, “For the first time in my life, I am proud to be Chinese.”

Besides patriotism, why would the Chinese people welcome a war that threatened to spill over into China, potentially bringing atomic destruction to a country that had been in chaos since at least the Japanese invasion in the 1930s? The answer is precisely in the memories of that earlier war. Many Chinese interpreted this new American challenge as just a continuation of the Japanese invasion of China, seeing the United States as just another empire-builder — one that gobbled up Japan and was now turning to Japan’s former victims. Many saw it as a part of the same long war.

But not all. In fact, reports show that many Chinese remained very hostile toward the communist regime and its involvement in the Korean War. Reports meticulously noted signs of disruptive and alarming behavior. In Shanghai, for instance, unknown culprits destroyed a statue of Mao at an elementary school in November 1950, leaving a flier that said, “Defeat Mao Zedong!” Anti-communist graffiti and handbills suddenly appeared throughout Shanghai.

In other cities, too, anti-communist slogans popped up everywhere in the fall of 1950, scribbled on restroom walls, classroom blackboards, phone booths, and the inside of dish plates. For those who had been skeptical or antagonistic toward the communist regime, U.S. intervention in Korea offered possibilities for turning the clock on Mao’s revolution and for turning public opinion against communism. It is difficult to say from the documents which voices were louder. As usual for China in that period, the majority was likely terrorized into passive approval. But the very existence of these divergent viewpoints was one reason Mao spent the next quarter-century bloodily eradicating dissent.

Today, Beijing omits those skeptical voices in its historical narrative of the Korean War. For the CCP leadership, it is very important to show that Chinese intervention was not only necessary but also supported by the entire nation. This is because the Korean War was in many ways an outgrowth of China’s own revolution. To say that it was anything but enthusiastically welcomed by hundreds of millions of Chinese is like saying that people did not actually buy into the Maoist rhetoric of “standing up” to the West and overthrowing American “imperialism.” Disrupting this historical narrative of a victorious march forward is fraught with undesirable implications regarding the legitimacy of communist rule.

Should it surprise us, then, that Chinese President Xi Jinping — born in 1953, when the Chinese were still fighting in Korea — insists that Beijing’s intervention in the Korean War was a “just war to repel aggression”? For China and Xi, the North Korean problem is not so much a foreign-policy problem as a domestic problem. At the heart of this problem is the CCP’s concern about its self-image, its historical role in lifting China from her knees.

Sixty-five years after the Korean War, North Korea is more to Beijing than just a security buffer and an economic appendage of China’s insatiable economy. It is the battleground where China took on mighty America and wrestled it to a stalemate. Yes, at high cost, but according to the party, in the service of just causes: China’s greatness and the longevity of the CCP. 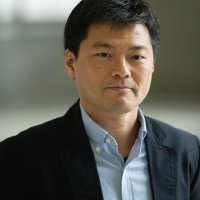