Skip to main content
Support
Explore More
Close
Book
Modern Korean History
Two Presidents, One Agenda: A Blueprint for South Korea and the United States to Address the Challenges of the 2020s and Beyond
Share on FacebookShare on TwitterShare via Email
SharePrint
Share
Email
Article 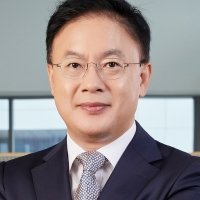 To further strengthen their alliance, South Korea and the US, should increase cooperation in the following technology and supply chain areas.

Major countries around the world are fiercely competing to secure global supply chains for semiconductors and other high-tech industries. High-tech sectors such as semiconductors are changing the concept of national security; and in the future, the economic, diplomatic, and security power of countries with access to these technologies will only grower stronger.

Until recently, companies had developed and innovated specialized technologies under the global division of labor. However, the collapse of supply chains due to the COVID-19 lockdown, excessive state intervention in supply chains, and global protectionism are now making the international division of labor under free trade difficult to carry out. In addition, the war between Russia and Ukraine is making global supply chains more and more unstable.

South Korea is also highly dependent on China as a market for its semiconductor exports. China accounts for 43.2% ($41.2 billion) of South Korea’s total semiconductor exports, while Hong Kong accounts for 18.3% ($17.4 billion), meaning that 61.5% of semiconductors are exported to China and Hong Kong. The high volume of imports and exports of Korean semiconductors to and from China is due to the large amount of intra-company trade between Samsung Electronics and SK Hynix’s Korean and Chinese subsidiaries. Most semiconductors produced by Korean companies in China are supplied to multinational companies such as Apple in China. And some are supplied to Chinese companies while the rest are exported to Korea or overseas.

The US semiconductor industry is in a similar situation. It is highly dependent on international trade, and more than 80% of the semiconductor industry’s profits come from overseas customers. China accounted for 29.6% of US semiconductor exports in 2021. Asia already accounts for 69.8% of the global semiconductor market, more than three times the 21.7% of the US. This is because production of semiconductor applications such as smartphones, personal computers (PCs), and automobiles is concentrated in China and Vietnam. For this reason, the US business community is actively advocating free trade, such as the elimination of tariffs and nontariff barriers.

Along with the United States and Germany, China represents one of the top three hubs of global value chains (GVCs). China is already linked to all GVCs, so excluding China from GVCs is not possible. It is difficult to change supply chains in a short period of time because companies in various countries specializing in specific technologies or production processes are well entrenched. Supply chain risk and national security problems are not caused by the global division of labor. The reason why the current supply chain issue has emerged as an economic security issue is because it is highly dependent on a certain country or company.

Semiconductors, batteries, and rare metals, which are essential for fostering high-tech industries, are too dependent on China. In particular, China often controls such supply chains. For this reason, it is important for both South Korea and the United States to reduce their dependence on China in certain high-tech fields. However, as the US business community argues, there can be no technology development without access to the global market. Multinational corporations have so far achieved technological innovations through a global division of labor, using Asian and Chinese markets. Therefore, South Korea and the US should continue to protect and dominate their own high-tech sectors while utilizing the Chinese market. From this point of view, high-tech development and technology protection should be the core of bilateral cooperation between South Korea and the US. How, then, can the two countries cooperate?

Korea is also less competitive in semiconductor display equipment. In the case of this equipment, although the degree of self-reliance has improved slightly compared with 20 years ago (from 33.6% in 2001 to 39.5% in 2020), it still remains lower than expected considering the importance of the industry. The industry is comparatively inferior in quality and technology, and many items are difficult to produce in Korea, so it is important to pay attention to securing supply chain resilience. Therefore, through cooperation between Korea and the US, the competitiveness of US semiconductor equipment and parts industry should be improved. By doing so, supply chain resilience in the Korean semiconductor equipment industry can be improved as well. In particular, China’s competitiveness is remarkable in the equipment industry, so there is a concern that the market can be eroded by Chinese products if the US and South Korea do not respond in a timely manner.

The United States is making efforts to establish a more stable supply chain for four core industries. It intends to strengthen the domestic manufacturing ecosystem by utilizing the Manufacturing USA Institute. It is necessary to jointly foster the semiconductors material, parts, and equipment industries between Korea and the US by utilizing these US policies. In addition, it is necessary to seek mutual cooperation in fields such as 5G and batteries. Providing substantial amounts of government incentives for manufacturing is a key factor for strengthening cooperation between the US and Korea in advanced industrial sectors.

Korea and the US complement each other in the area of semiconductors. Compared with the US, Korea absolutely lacks design technology and design experts in the system semiconductor (non-memory) field and is also very weak in the development of intellectual property for semiconductor design. Therefore, more active cooperation with the United States is expected in these areas.

The United States is heavily dependent on Taiwanese semiconductor foundries. In terms of stabilizing supply chains, the US needs to diversify its cooperative partners. Korean semiconductor companies, including Samsung Electronics, can be good partners of the US. The Pentagon enacted the Trusted Foundry program in 2003 to ensure the integrity of the semiconductor supply chain for the US government. Under the program, the firm TSMC is producing semiconductors for the Pentagon. Since the US entrusts production of military semiconductors to a Taiwanese company, it should also pursue cooperation with Korean companies such as Samsung Electronics. To this end, Korean companies like Samsung Electronics should be included in the Pentagon’s Trusted Foundry program. Only when this is possible will a genuine Korea– US technology alliance be realized.

Clear and targeted export controls should be designed to avoid affecting a wide range of commercial products. This should not cause unintended damage to the industries of the two countries. Export controls are one of the easiest measures to protect technology, but export-controlled items need to be updated regularly, and only items directly related to national security should be specifically controlled.

It is necessary to strengthen not only export controls but also screen functions for foreign investment. When companies in hostile countries invest in hightech industries for the purpose of acquiring advanced technologies, the relevant information should be shared between South Korea and the US to prevent the leakage of certain technologies.

For global supply chain cooperation, Korea should consider participating in the Indo-Pacific Economic Framework (IPEF), which is led by the US. The IPEF will move away from trade agreements centered on market opening and become an economic cooperation forum based on supply chains, digital transformation, and technological cooperation. Korea and the US should strengthen their mutual status as economic, supply chain, and technology allies in the IPEF.

It is necessary to jointly respond to market-distorting subsidies by strengthening the role of allies in the WTO and making joint efforts to improve the digital trade environment. It is also necessary to strengthen market access by removing tariffs on products produced by new technologies through the expansion of the Information Technology Agreement (ITA). Modernizing and simplifying customs clearance and procedures through the activation of WTO trade facilitation agreements is absolutely necessary for stabilizing supply chains.

South Korea–US supply chain cooperation should not be conducted to exclude any one country. Instead, cooperation should proceed between the two countries to strengthen their global competitiveness. Decoupling from China is an unwise tactic. Doing so would be contrary to the values of the two countries in pursuing global free competition and cooperation. But it is necessary to secure the technological superiority of both countries in the global market through technological alliances so that they can enhance their competitiveness. Again, the supply chain crisis is not due to the global division of labor. Technology advantages, technological progress and technology protection are the most important factors for building a more resilient supply chain. 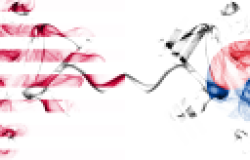 Event
Modern Korean History
Two Presidents, One Agenda: A Blueprint for South Korea and the United States to Address the Challenges of the 2020s and Beyond
On Thursday, May 26, 2022 at 9:00 – 12:00 ET