On The Brink Part 1: The Cuban Missile Crisis 50 Years Later

Many believed that the Cold War would end with the ultimate bang. And for two weeks in October of 1962, their worst fears were almost realized. New research is shedding additional historical light on the tense and dangerous nuclear standoff between the US and USSR., with the tiny nation of Cuba in the middle. For the next two weeks, CONTEXT will look back on what we're learning with an eye toward the lessons that apply today. Our first segment, featuring, Timothy Naftali, provides insight on the epic tale from the perspectives of Havana and Moscow.

Tim Naftali, currently a Senior Research Fellow with the New America Foundation, is an historian who studies leaders, power and international affairs. The author or co-author of four books, including "One Hell of a Gamble: Khrushchev, Castro and Kennedy, 1958-1964" and "Blind Spot: The Secret History of American Counterterrorism," Naftali was the first director of the federal Richard Nixon Presidential Library and Museum.

Coming Soon: On the Brink Part 2 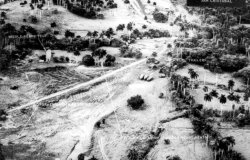 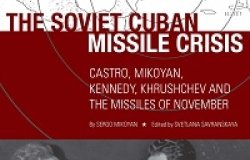 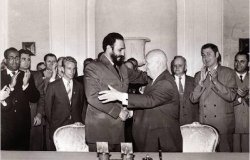