Gender and Migration Between Moldova and Istanbul

In her book, “Worker-Mothers on the Margins of Europe: Gender and Migration between Moldova and Istanbul,” author Leyla Keough chronicles the story of Moldovan women who "commute" for six to twelve months at a time to work as domestics in Istanbul. The book explores the world of undocumented migrants from a post socialist state and reveals that their socialist past continues to color how the women view their labor and their roles within their families, even as they are affected by the same shifts in the global economy that drive migration elsewhere. She offers a critical assessment of international anti-trafficking efforts and provides insight into larger migration issues in this episode of CONTEXT.

Leyla J. Keough is an Adjunct Assistant Professor of Anthropology and Middle East Studies at Hampshire College and is also a former Wilson Center Research Scholar. She has worked on behalf of cultural diversity, migrant and women’s rights, and social justice in Turkey, Moldova, and the United States. These efforts have taken place though her research and writing, within college classrooms and in public forums. Her research and teaching span many topics: from Islamist veiling and undocumented migration in Turkey to trafficking in women in Eastern Europe. Yet, an underlying theme is the intersectional analysis of controversial debates regarding women’s status, role, and representation. Her book, “Worker-Mothers at the Margins of Europe: Gender and Migrations between Moldova and Istanbul” (Indiana University and Woodrow Wilson Press, 2016) explores the world of undocumented migrant women on the margins of Europe, detailing an unusual pattern of migration from Moldova to Turkey and the transformations from socialism to capitalism. Keough shows how changes in the global economy have affected women in this region, but also how ideas about women and gender shape the way we think about migration and the global economy. 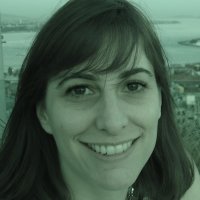