With more than 12,000 humanitarian visa requests from migrant adults and an increase in the number of migrants who wish to stay in Mexico, Mexico faces not only a challenges to their reception, but a unique opportunity to recognize the distinct gender dynamics of Central American migration and include a gender inclusive approach to their reception. Women and girls, members of the LGBTQ community, and boys have specific needs and require distinct protection mechanisms. In particular, women and girls make up an increasingly large number of the total migrants coming to Mexico and the United States, and have specific risks and vulnerabilities.

Sexual and gender-based violence is a problem for women and girls around the world, and Central America is no exception. Gang violence that has plagued the region for years, including some of the highest femicide rates in the world, as well as high levels of impunity for domestic violence, sexual assault and other crimes committed against females causes many to flee their homes and cross the border into Mexico to escape assault, rape and even death. Yet, the sad irony is that women and girls who are fleeing sexual and gender based violence in their home countries encounter similar risks upon seeking protection in Mexico.

Mexico is a large source, transit, and destination country for men, women, and children subjected to sex trafficking and forced labor. According to the State Department, the vast majority of foreign victims in forced labor and sexual servitude in Mexico are from Guatemala, Honduras, and El Salvador, many are female, and a large portion of these victims are exploited along Mexico’s southern border. Apart from forced labor and sexual servitude, the increase in migrant flows has turned many migrants into a commodity, where a dangerous coyote network exploits migrants in route between Central America, Mexico, and the United States. Most migrants incur some risk of exploitation and abuse from smuggling, but women, girls, and young boys are subjected to additional threats of sexual violence that men are at a lower risk for.

Caravans offer a cheaper and safer alternative to smugglers, but female caravan members are also vulnerable to members in the caravan as well as outside actors seeking to prey on the vulnerable. This vulnerability is not subject to transit alone. A culture of violence against women is a global issue, and Mexico experiences high rates of violence against women. There has been an increment in female homicides in Mexico, often related to organized crime and domestic violence. Previous caravans included members of the LGBTQ community, including trans women and men, who globally experience disproportionate violence because of their gender or sexual orientation and often face stigma and mistreatment from their fellow migrants as well as from citizens of the countries where they seek protection.

The administration of Andres Manual Lopez Obrador has proposed a robust development plan for Southern Mexico and Central America and greater support to members of the migrant caravans who are waiting to enter into the United States. The INM’s migration plan for 2018-2024 will look to increase the option for people who want to remain in Mexico, providing documentation, access to social services and jobs. Mexico has also signed on to the Global Compact for Safe, Orderly and Regular migration. In a palpable shift from previous responses to the migrant caravans, new INM director Tonatiuh Guillen stated Mexico will welcome the new caravan members with humanitarianism. These are all significantly important measures that will work to tackle the push factors of migration, reduce the vulnerability of migrants, and increase migrant’s chances of successful integration into Mexico if they choose to remain.

Nevertheless, to meet the humanitarian goals of this administration, Mexico must not forget the gendered dynamics that exist. This is not to say that migrants who experience higher risks and vulnerabilities because of their gender are to be viewed only as victims, but to recognize that they have needs that are distinct to those of their heterosexual male counterparts. There needs to be greater attention and resources devoted to reducing the levels of sexual and gender based violence that female and LGBTQ migrants experience, including security and judicial reforms that encourages victims to come forward, police training, and better data of migrant demographics.

When discussing the types of social services that migrants need, there must be specific attention paid to the distinct attention women, girls, and LGBTQ members need, such as psychological care for victims of gender-based violence, safe spaces to sleep in well-lit areas, and health-care services that take into account reproductive, and sexual health needs of women and girls. For the members of these demographics who choose to apply for asylum or complementary protection in Mexico, their claims must be processed efficiently to avoid extended wait times, where their vulnerability to exploitation increases. Work permits must also include reporting mechanisms if an employer is exploitative, particularly for women and girls who work in domestic environments. Despite the humanitarian language surrounding migrants, Mexico has conducted more removals of Northern Triangle migrants than U.S. since 2015. There needs to be better screening of migrants prior to removal to ensure that those fleeing severe danger because of sexual and gender based violence are not sent back to their deaths.

The U.S. government continues fight over the border wall, push for Mexico to assume greater responsibility for asylum seekers, and implement strict immigration practices that are contrary to internationally recognized standards of human rights. Mexico is beginning to provide a distinct contrast to this migration management approach, but it can do more. This moment presents an opportunity for the new administration to construct a migration agenda that is visionary and oriented to the particular migration trends of today. The United States could learn a great deal from Mexico’s migration policy, starting with a gender inclusive, gender sensitive approach to migration management. 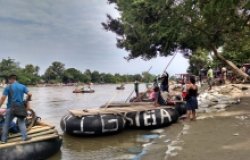 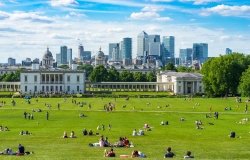 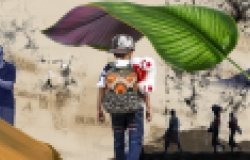 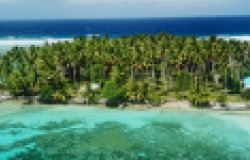