The Wilson Center and Kennan Institute family deeply mourn the passing of Ambassador William Green Miller (1931-2019). Bill was a truly exceptional person: a statesman of the very highest merit, a scholar and poet, and a humanitarian.

The Wilson Center and Kennan Institute family deeply mourn the passing of Ambassador William Green Miller (1931-2019). Bill was a truly exceptional person: a statesman of the very highest merit, a scholar and poet, and a humanitarian.

Bill’s early career included postings in Iran and in the Secretary’s office in Washington. His first posting in Iran was to the American consulate in Isfahan. He became fascinated with Iranian culture and history. He and his wife, Suzanne, came to know and form friendships with many of the leading families in Isfahan, not only those in local government, but also people in many walks of life. In a city famous for its handicrafts and fine work in metals, silver, and woods, they were frequent visitors to various shops collecting local handicrafts. Bill commissioned one of the city’s finest metalworkers to create a replica of a centuries-old astrolabe. Bill became an advocate for projects intended to preserve and enhance Isfahan’s ancient water resources.

In the assignment that followed, as a diplomat in Tehran, Bill came to know the younger generation of officials in the government, as well as members of the opposition National Front. Again, Bill and Suzanne’s circle of friends was extremely wide. Bill won the trust and confidence of many; and they felt free to engage with him in frank discussions on the issues of the day and politics in Iran. The Miller home was always open--to journalists, economists, writers, intellectuals, officials--and the house seemed always full of these friends, talking and enjoying a drink and good food, and one another’s company.

He later served for over a decade as a senior staff member in the United States Senate, where he played an important role in the ratification of the SALT I and ABM treaties. Unique among his colleagues, Bill worked closely with, and on the staff of, Senator John Sherman Cooper of Kentucky, a Republican, and then Senator Frank Church of Idaho, a Democrat.  He frequently traveled to the Soviet Union and lived in Moscow from 1988-1993, where he witnessed firsthand the end of the Soviet era and the emergence of independent Russia.

As Ambassador to Ukraine (1993-98), Bill engaged many layers of society—from the beekeepers who tended the hives that he added to the Embassy’s back yard to the world-class ballet dancers whom he admired.  Bill approached Ukraine in its entirety, often appreciating the arts as a profound expression of what was transpiring in the country.  Beyond ballet, he carefully recorded Ukrainian hip-hop protest songs and reflected on the hard life of Ukrainian miners in his own poetry.  His deep connection with Ukraine gave that country a durable voice in Washington even as he worked to bring American values to Kyiv.

Over the last three decades of his life, after the Iranian Revolution in 1979, Bill became deeply involved in Track II diplomacy with Iran, trying to build bridges and greater trust between two countries and cultures he admired so much. His work led to frequent trips and meetings bringing U.S. scientists and religious leaders as well as former officials together with Iranians.

His impact on the course of U.S. relations with Iran, Ukraine, Russia, and the region, his service to our country, and his support for the field of Ukrainian and Russian studies, stand as eternal monuments to this great and very good man. 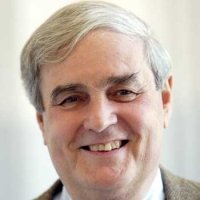