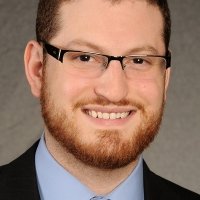 In early 2021, the jihadi movement in Tunisia was a shell of what it had been at its zenith from 2011 to 2016. Tunisia’s government took the past half-decade to challenge one of the most significant jihadi mobilizations in the Arab world following the 2011 uprisings.

After the Tunisian Revolution ending autocratic rule in 2011, Ansar al Sharia in Tunisia (AST or “Supporters of Islamic Law in Tunisia”), a new al-Qaeda branch, took advantage of prisoner amnesties to increase its ranks. The first new coalition government, led by Islamist party Ennahda, was reluctant to crack down too hard on the jihadi movement based on its historical experience. Ennahda leaders had been arrested, imprisoned and tortured during the Ben Ali regime and did not want to repeat the same mistakes, otherwise al Qaeda might control the country one day as they had. Some 1,200 jihadists–including 300 with experience fighting in Afghanistan, Algeria, Iraq, Somalia or Yemen–were released. This allowed AST the space to recruit, organize, and even provide some social services on a national scale.

In 2012, AST became increasingly violent. It helped organize a protest at the U.S. Embassy in Tunis on September 14, 2012 over a film that insulted the Muslim Prophet Mohammed. The demonstration turned into a riot when hundreds of protestors forced their way past police to ransack the embassy. Four died in the clashes. AST members also carried out vigilante attacks on secular and nationalist activists as well as political figures, including members of Ennahda. In 2013, AST was implicated in the assassination of two secular politicians, Chokri Belaid and Mohammed Brahmi. In August 2013, the Tunisian government designated AST a terrorist organization.

The ban was too late. Between 2013 and 2019, thousands joined jihadi movements abroad. Some 3,000 Tunisians went to Iraq and Syria, and another 1,500 went to neighboring Libya. Most joined ISIS. From Libya, Tunisians planned three large-scale attacks in 2015 and 2016 – at the Bardo Museum, a beach resort in Sousse, and the attempted takeover of Ben Gardane, a city along the Tunisian-Libyan border.

Since 2016, the Tunisian government has slowly degraded the local networks affiliated with ISIS. It has also confronted a low-level insurgency launched in late 2012 by the local branch of al Qaeda in the Islamic Maghreb. The future of the movement may depend on whether jihadis imprisoned in Tunisia can be rehabilitated and reintegrated. The fate of male and female foreign fighters, and their families, who are imprisoned or in displaced person camps in northeast Syria and Libya is another critical factor.

After winning the majority of seats in Parliament in 2019, Ennahda was in a strong position by early 2021. Despite accusations by leftist politicians, Ennahda has become a key part of the political establishment and its commitment to Tunisia’s national security has not wavered since it turned on the jihadi movement. It openly admitted its mistakes in its initial handling of the jihadi movement between 2011 and 2014. It has also committed to what it describes as “Muslim Democracy” instead of Islamism. But Ennahda has not yet clarified what “Muslim Democracy” means in practice.

The risk for Ennahda is that it loses the support of traditional Islamists. Its ideology has been diluted as it has repeatedly partnered with secular parties to govern Tunisia. It has also claimed to have separated its dawa (proselytizing) apparatus from its political organization. Ennahda also faces challenges from upstart movements, including Karama, which holds the fourth largest bloc of seats in Parliament and is a mixture of Islamists and salafis.