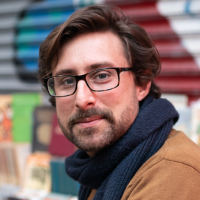 On May 14, 2020, the Turkish government carried out another wave of arrests against Kurdish mayors in the country’s southeast; using politically motivated terrorism charges to replace them with government chosen appointees. Of the 65 municipalities in the country that elected mayors from the predominantly Kurdish Peoples’ Democratic Party (the HDP) last year, only 14 are still led by the candidate their people chose. The other municipalities have all seen their elected mayors either jailed, replaced, or simply never allowed to take office at all.[i]

In addition to providing further evidence of the repressive conditions in Turkey, these arrests should push Washington to finally confront the false assumptions about Turkish motives that continue to undermine U.S. policy in Syria.

U.S. policymakers long understood that Ankara was angry because of the ties between U.S. supported Kurdish forces in Syria (the YPG) and the Kurdish forces waging an insurgent struggle within Turkey itself (the PKK). And yet U.S. policymakers continued to see Turkey’s anger as being driven primarily by tactical concerns; that is, the direct military threat posed by the YPG. As a result, they worked to downplay the operational links between the YPG and the PKK, trying to reassure Ankara by insisting, for example, that U.S. supplied weapons were not being passed on to the PKK or used inside Turkey.

Yet, as the Turkish government continues to arrest mayors based on their political party’s relationship with the PKK, it should be clear that Ankara does not see the threat it is facing in narrow security terms. Rather it sees itself as locked in a multi-front confrontation with the PKK-aligned Kurdish nationalist movement in the region. From Ankara’s point of view, the YPG’s success in winning international support and building a semi-autonomous administration in Syria was part of the same strategic challenge as the HDP’s success in winning mayoral races and managing cities across southeastern Anatolia.

Yet, as the Turkish government continues to arrest mayors based on their political party’s relationship with the PKK, it should be clear that Ankara does not see the threat it is facing in narrow security terms.

As Ankara’s confrontation with the Kurdish nationalist movement deepened, Washington struggled to develop an effective response. In the fall of 2014, Washington began supporting the People’s Protection Units (YPG) as it gained ground against ISIS in Syria. In the summer of 2015, Turkey’s domestic war against the Kurdistan Workers’ Party (PKK) began again, followed by the Turkish government’s recriminalization of Kurdish politics, marked by the arrest of a number of prominent Kurdish politicians from the Peoples’ Democratic Party (HDP) in the fall of 2016. As a result, Turkey’s deepening authoritarianism went hand in hand with the breakdown of U.S.-Turkish relations, and, ultimately, the end of America’s anti-ISIS policy.

During this time, a number of analysts argued that Washington could only reconcile its relationships with Turkey and the YPG by pushing for a broader settlement – one that would entail renewed peace talks between Ankara and the PKK as well as ending the repressive policies that stifled the HDP’s peaceful participation in politics.[ii] However as long as Erdogan and his nationalist partners saw the PKK, YPG and HDP as a single, unified threat to their country’s security and their own hold on power, pursuing such a policy would have proven difficult. Moreover, Washington did not try. Instead, both the Obama and Trump administrations sought to offer Turkey military and intelligence support in its fight against the PKK while turning a blind eye to Turkey’s domestic repression of the HDP in order to assuage Turkish anger over U.S. cooperation with the YPG.

In fairness, this policy worked long enough to allow YPG forces to capture Raqqa and destroy ISIS’s territorial caliphate, but it ultimately proved unsustainable. In trying to downplay the relationship between the YPG and the PKK, as well as the tactical threat posed by the YPG, Washington refused to acknowledge that Ankara viewed the YPG’s growing power and international status as a threat in strategic terms. As a result, both sides spoke past each other. For example, Washington tried to reassure Turkey that the YPG would not carry out cross-border attacks. Ankara, in turn, responded by providing often specious evidence of YPG plotting that only led Washington to further dismiss its concerns.

In trying to downplay the relationship between the YPG and the PKK... Washington refused to acknowledge that Ankara viewed the YPG’s growing power and international status as a threat in strategic terms.

By the summer of 2019, Washington sought to stave off a full-scale Turkish attack against the YPG by offering concessions on border security. But Ankara’s goal was never border security. Rather it was to undermine the YPG’s political project in its entirety. With its October 2019 military offensive against the YPG, Ankara largely succeeded. When the U.S. partially withdrew its support, the YPG was forced to call in Russian and regime forces to check Turkey’s advance, dramatically curtailing its hopes for autonomy.

Ironically, both the most outspoken supporters and opponents of U.S. cooperation with the YPG saw this coming – recognizing the full extent of Turkish hostility. The YPG’s critics in Washington argued that the U.S. could only mend ties with Turkey by abandoning the YPG. Its supporters called for Washington to be more forceful in backing the group against Turkish threats. But both sides of this debate realized that, in the absence of firm presidential backing, a series of half-measures or compromises would not be sufficient to forestall a Turkish military operation. [iii]

Worse, some of the measures Washington is still pursuing in the hopes of assuaging Ankara’s nominal concerns would, even if successful, do no such thing. Currently, the State Department’s Syria team is pushing for reconciliation between the YPG and rival Kurdish factions that Ankara views as more politically palatable. The logic, as reported by Al Monitor’s Amberin Zaman, former public policy fellow at the Wilson Center (2016-2017), is that such a deal would “weaken Turkey’s argument that the autonomous administration is a ‘PKK terror state” and “end Turkey’s objections to the U.S.-SDF partnership, shielding the northeast from further Turkish attacks…”[iv]  But from Ankara’s point of view, a YPG led government given time to consolidate itself by co-opting rival Kurdish factions, might well prove even more threatening – still a “PKK terror state” in Ankara’s eyes, only now a more powerful one.

But from Ankara’s point of view, a YPG led government given time to consolidate itself by co-opting rival Kurdish factions, might well prove even more threatening...

Tellingly, in 2017, Washington’s success in integrating Arab forces into the YPG appears to have similarly backfired. Where U.S. officials sought to show Ankara that the YPG had become a multi-ethnic rather than purely Kurdish force, Ankara saw a force that was still Kurdish-led but now had a newfound capacity to expand into predominantly Arab regions. The result, according ­­to some analysts, was to create further impetus for Turkey’s cross-border operation into the province of Afrin in early 2018.

Recognizing Ankara’s motives should leave U.S. policymakers clear about the challenge they face. Investing further energy or diplomatic capital in trying to alleviate Ankara’s concerns while it is engaged in an all-out struggle against the Kurdish nationalist movement will gain Washington little and could well prove counterproductive. Instead, Washington should use its remaining influence in Syria to help the YPG preserve as much autonomy as possible in its dealings with the Damascus government.

[ii] See, for example:  Aaron Stein, “Drawing Down from Incirlik,” War on the Rocks, February 27, 2018.
https://warontherocks.com/2018/02/drawing-incirlik-proposal-improve-americas-strained-relations-turkey/

Burak Kadercan, Between a Rock and Dynamite,” War on the Rocks, April 6, 2018.
https://warontherocks.com/2018/04/between-a-rock-and-dynamite-american-options-in-the-face-of-the-turkish-ypg-crisis/

Amanda Sloat, “Turkey wants to crush US allies in Syria. That shouldn’t surprise anybody.” Order from Chaos, January 24, 2018.
https://www.brookings.edu/blog/order-from-chaos/2018/01/24/turkey-wants-to-crush-us-allies-in-syria-that-shouldnt-surprise-anybody/

Amberin Zaman, “Turkey Must Reach a Domestic Accord With the Kurds, to Avoid Conflict in Syria,” New York Times, February 24, 2016. 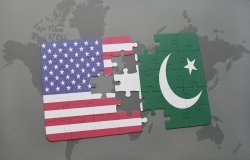