Skip to main content
Support
Show
Live Now
The Ocean: Turning a Climate Change Problem Into a Solution
Show
Live Now
Peru and Ecuador: Elections and Democracy in the Andes
Watch Now
Play Video
Show
Live Now
Until Justice Be Done: America’s First Civil Rights Movement, from the Revolution to Reconstruction
Explore More
Close
Event
Economics and Globalization
Pakistan-India Trade: What Needs to be Done? What Does it Matter?
On Monday, April 23, 2012 at 9:45 – 4:15 ET
Share on FacebookShare on TwitterShare via Email
SharePrint
Article

The Woodrow Wilson International Center for Scholars, in collaboration with the Fellowship Fund for Pakistan (FFFP), today announced the appointment of Dr. Ishrat Husain as a Wilson Center Public Policy Fellow.

WASHINGTON -- The Woodrow Wilson International Center for Scholars, in collaboration with the Fellowship Fund for Pakistan (FFFP), today announced the appointment of Dr. Ishrat Husain as a Wilson Center Public Policy Fellow. Husain will spend nine months in residence at the Wilson Center beginning in June 2016, working on a project on the decline of governance and institutional capacity in Pakistan and how this has affected the country’s economy.

Husain is one of Pakistan’s most distinguished economists. He was dean and director of the prestigious Institute of Business Administration (IBA) in Karachi—the oldest graduate business school in Pakistan—between 2008 and 2016. He is currently professor emeritus at IBA and chairman at the Center for Excellence in Islamic Finance. He has held a number of senior positions in public service, including governor of the Central Bank of Pakistan from 1999 to 2005. Earlier in his career, he spent two decades with the World Bank. His publications include Pakistan: The Economy of the Elitist State (published by Oxford University Press).

The Fellowship Fund for Pakistan, a charitable trust based in Karachi, was established in 2003 to provide Pakistan's most eminent thinkers with opportunities to participate in international deliberations on current and future issues facing Pakistan through dialogue with global opinion leaders and policymakers, scholars, and other experts. FFFP seeks to promote non-partisan scholarship at international forums in order to encourage free, informed, and serious dialogue on issues of public interest.

The Woodrow Wilson International Center for Scholars is the living, national memorial to President Wilson, created by Congress in 1968 and headquartered in Washington, D.C. The Wilson Center provides a strictly nonpartisan space for the worlds of policymaking and scholarship to interact. By conducting relevant and timely research and promoting dialogue from all perspectives, it works to address the critical current and emerging challenges confronting the United States and the world. 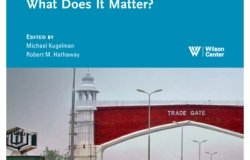 Publication
Trade and Development
Pakistan-India Trade: What Needs to Be Done? What Does It Matter?

Collection
Pakistan-India Trade: What Needs to Be Done? What Does It Matter? 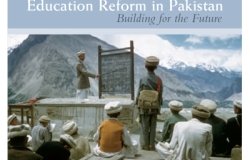 Collection
Education Reform in Pakistan: Building for the Future