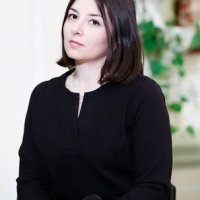 It was to a resounding silence that the news broke last December that today’s Russian Church’s organization was essentially formed under the watchful eye of the NKGB, a precursor to the KGB. The 1945 Local Council that elected Patriarch Alexy I (Simansky) and adopted the church’s current name was organized and conducted by the Soviet political police, documents recently declassified by the Ukrainian Security Service show.  The Russian Orthodox Church could have found itself in a tight place had anyone paid attention. But few were interested. Today’s Russian society is undeterred in its respect for the church.

The January 1945 council’s delegates were selected from among “persons who were held in high religious regard by the clergy and the people of faith and at the same time proved their worth as part of intelligence or patriotic work,” one of the released documents said. The council, the first such gathering since the revolution of 1917, ruled that the church would henceforth be called the “Russian Orthodox Church.” (One of the names used before the revolution was the “Orthodox Catholic Greek-Russian Church,” but official monikers varied.)

The mainstream view is that the 1945 council was vital for the church under the Soviet rule: Patriarch Alexy’s trustworthiness helped bring back to the fold many of the crypto-believers who had shied away from the preceding Patriarch Sergius (Stragorodsky) because of his publicly expressed loyalty to Stalin (neither he nor the church organization would have survived otherwise). But according to those radically opposed to Soviet rule, the Bolsheviks completely destroyed the canonical Orthodox Church that had existed from the Baptism of Rus’ up to the revolutionary days of 1917. The Moscow Patriarchate, this thinking goes, is an organization that can trace its history only to 1943, the year when Stalin summoned the three highest-ranking bishops of the time to the Kremlin and told them he was prepared to legalize the Orthodox Church and reopen the churches and seminaries.

The papers made public by the Ukrainian security agency showed that the crucial meetings of the Russian Orthodox Church and the patriarch selection process were police controlled. But the reaction on Russian social media was along the lines of “What’s the big deal?” and “Haven’t we heard about this before?” KGB colonel Georgy Karpov, whose signature is on the letter instructing local KGB chiefs on how to select the delegates, was decorated with the Order of the Red Banner of Labor for organizing the 1945 council. He was known for extreme cruelty during the Great Purge. He is also part of the church’s history: for seventeen years he headed the Council for the Affairs of the Russian Orthodox Church—which is to say he de facto governed the church in a way similar to that of the Ober-Procurator of the Most Holy Synod. He fell out of grace under Khrushchev for resisting the closure of parishes: Nikita Khrushchev, who succeeded Stalin was much tougher on religion than the Stalin of the 1940s and early 1950s.

The publication of the KGB archives came twenty years too late. It could have affected the entire course of the church’s history had it happened in the 1990s. The proof of the church leadership’s deep association with the KGB could have compromised the church before the believers and the new government. Who would have wanted a “KGB church” associated with the outgoing Soviet elites? But the documents were buried in the archives while the church was busy canonizing thousands of victims of the state terror, enjoying the nation’s support as a long-suffering institution, and getting its property back.

Today’s Russian Orthodox Church is an established institution with an impregnable charisma and an enthusiastic, if perfunctory, following. Seventy-one percent of Russians polled consider themselves Christian Orthodox, 6 percent of them go to church every week, and 17 percent pray every day, according to a Pew Research Center report titled “Religious Belief and National Belonging in Central and Eastern Europe.” By way of comparison, 55 percent of Americans pray every day, the Pew report says. Russian polling agencies’ data are not that far off. For example, according to the FOM (Public Opinion Foundation) 2014 survey, 68 percent of respondents call themselves Orthodox, though 61 percent have never received communion and 63 percent go to church once a year or less often.

Nevertheless, more than half of Russian citizens believe in religious miracles. And the Russian Orthodox Church is the most powerful source of everything miraculous. In fact, the one thing that the self-proclaimed Orthodox majority truly has in common is a belief in miracles. This belief only indirectly correlates with their political views or values. The congregation does not care much about the internal life of the church, its history, or its relations with the state.

There are saints who are truly popular. The entire country, it seems, prays to Saint Matrona of Moscow, an elder with an unclear biography, whom people ask for a variety of things, such as to pass an exam, marry happily, be healthy, and have children. There was a mass canonization of new saints during the faith renaissance of the late 1990s and the early 2000s: thousands of clergymen and people of faith had perished in the twentieth century, and so each diocese gained its own new saints. Dioceses also gained the holy relics of pre-revolutionary saints that were lost during the Soviet times: Saint Seraphim of Sarov, Alexander of Svir, and others. New cults emerged everywhere and old ones were revived and reconstructed with a touch of peculiar post-Soviet piety.

It was in the early 2000s that a new practice came into existence—the touring of relics. The main act of faith now is to stand in a queue for many hours. A sort of “theology of queueing” emerged that justifies the need to overcome hardship on one’s path to a holy relic. Queueing became analogous to a pilgrimage. One can trace queueing as a phenomenon to the fall of 2011 when the Cincture of Virgin Mary was brought to Russia from Mount Athos. Around three million people waited in line to see it when it toured Russian cities for thirty-nine days. Another relic from Mount Athos, the Gifts of the Magi, was brought in 2014.

Last summer, for two months, the Cathedral of Christ the Savior exhibited the relics of Saint Nicholas, which left the basilica of the Italian city of Bari for the first time in 930 years. This particular line became part of the Moscow city landscape, along with pilgrimage buses from all over central Russia, fenced-off sections of pavement at the Prechistenskaya and Frunzenskaya Embankments, and volunteers in green uniforms who watched over the path from the subway to the cathedral, regulated the line, and helped pilgrims find their way around. People stood in line for five hours and more, and on peak days the waiting time reached twelve hours.

The recently published KGB papers or news of scandalous behavior of some of the priests do not even begin to undermine the general trust in the church. These are only seen as frivolous distractions from the expectations of miracles to come.