Authoritarian Ties: The Case of Russia and Hungary 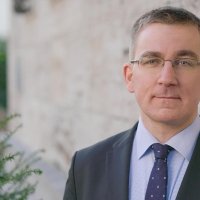 As ties between the world’s authoritarian rulers deepen in the current geopolitical climate, the case of Russia-Hungary relations helps shed light on the nature and purpose of these connections. Learning what brings Vladimir Putin’s Russia and Viktor Orbán’s Hungary together should prove instructive in understanding similar developments between other countries.

In the early 2010s, Hungarian prime minister Orbán announced his “Eastern opening” policy and started to meet bilaterally with Russian president Vladimir Putin more often than almost any other European leader. The question of how close Hungary and Russia are in terms of domestic politics and foreign policy has been debated ever since.

There are indeed certain similarities in how the two political systems operate. Like Putin, Orbán has dismantled the system of checks and balances that limited his power, replacing many independent officials with loyalists. Through oligarchs loyal to him, Orbán controls large segments of Hungary’s media scene. The ruling party operates a sophisticated system of coordinated political trolling on the internet that is similar to Russia’s “troll factories.” All of this distorts the electoral environment. Hungary’s most recent parliamentary elections in 2018 were still free, but no longer fair, and there is no reason to believe that the parliamentary elections upcoming in 2022 will be any better.

Weak on Soft Power
That said, Russia’s basis for seeking influence over the Hungarian public is weak. Moscow does not have much soft power potential in Hungary. The two countries do not share a common border. Hungary is not a Slavic nation, and the country’s language is not Slavic. The shared history of Russia and Hungary is hardly cheerful: Russian troops defeated Hungary’s uprising against the Habsburg Empire in 1848–49, and the Soviet forces quashed a popular uprising against the Communist rule in 1956. The decades between 1945 and 1991, when Hungary was part of the Eastern bloc, did not leave many pleasant memories either.

Hungary’s public opinion data on Russia yield a complex picture. Some 35 percent of polled Hungarians name Russia as their country’s most important strategic partner, while only 13 percent name the United States. Still, Russia does not constitute an attractive alternative for the dominant majority of Hungarian society. According to a 2021 survey conducted by the GLOBSEC Policy Institute, when asked about their preferred geopolitical orientation, 32 percent of Hungarians chose a Western orientation, while the majority would like to see Hungary somewhere between West and East. With 80 percent of Hungarians supporting their country’s NATO membership and 78 percent supporting membership in the EU, the nation seems to be firmly embedded in the institutions of the West.

Concentrating on the Elites
Of course, Moscow is fully aware of these trends. Since 2014, Russia has hardly tried to win the hearts and minds of the Hungarian population. Plans to launch a Hungarian edition of RT, the Russian state-funded propaganda outlet, were scrapped. Russia’s resources targeting Hungary focus on spreading anti-U.S., anti-Western, and anti-Ukraine narratives, rarely trying to convey any positive message about Russia.

Instead, in terms of gaining influence, the Kremlin has been concentrating almost exclusively on the Hungarian political and economic elites, in which effort it has been remarkably successful in recent years. In 2014, when the crisis in Ukraine was already under way, Hungary contracted Russia’s Rosatom to build two new nuclear power plant blocks in Paks, without announcing a public tender. The project is financed by a €10 billion loan from Russia. One of the main Hungarian subcontractors on the project is the oligarch Lőrinc Mészáros, a close associate of Viktor Orbán. Another pro-government oligarch entered into a lucrative joint venture with Russia’s Transmashholding to produce railway cars. Hungary has been hosting the Russia-dominated, highly opaque International Investment Bank in Budapest and is providing it with unusually broad immunity. Most recently, Hungary signed a new, fifteen-year gas delivery contract with Gazprom, which explicitly stipulates that gas shall arrive on routes bypassing Ukraine, thus depriving Kyiv of the transit revenues it had earlier earned from transiting Russian gas. Imported gas from Russia enables the Orbán administration to supply the population with subsidized natural gas, which is an important asset ahead of the upcoming elections.

Hungarian diplomacy has consistently been critical of the EU sanctions against Russia, and while Budapest never vetoed any of them, the Hungarian resistance certainly makes it complicated to introduce additional punitive measures. Russian Minister of Foreign Affairs Sergey Lavrov was an invited guest speaker at the annual ambassadors summit hosted by Hungary’s Ministry of Foreign Affairs and Trade on August 24, 2021, something that has rarely happened in any other EU country since 2014. Hungary has been the only EU country to widely use the Russian-made Sputnik V vaccine against COVID-19, despite the lack of formal approval of this vaccine by the European Medicines Agency.

Meanwhile, other parts of the Hungarian elites are more resistant. The new National Security Strategy, adopted in 2020, emphasizes the importance of NATO in ensuring the collective defense, and so does the new National Military Strategy of 2021. Hungary has been hosting a number of NATO units and has regularly contributed to NATO’s forward presence in the Baltic Sea region. Since 2010, Hungary has expelled more than ten Russian intelligence operatives from the country, even though these actions are conducted mostly without any publicity, a departure from the usual EU practice. Moreover, the extension of the Paks nuclear power plant, which is Russia’s flagship project in Hungary, is facing serious obstacles. Despite strong pressure from Russia, Hungarian authorities recently refused to issue the site construction permit as long as Rosatom fails to provide the proper documentation that would meet EU standards.

Russia Is a Model of Ruling, but Not a Geopolitical Reorientation Point
All in all, while there are indeed a number of similarities between the Russian and Hungarian political systems, the situation is much more complex than Hungary simply functioning as Russia’s “Trojan horse” in Europe. Viktor Orbán’s government has long praised Russia as an illiberal model of ruling and is generous with friendly gestures toward Moscow. Moreover, the government-backed business deals with Russia unquestionably serve as a lucrative source of income for Orbán’s inner circle. Meanwhile, Hungary is firmly embedded in both the EU and NATO, and there is neither the political will nor public support to change this relationship. The Hungarian government is using relations with Russia to gain both political profit and economic benefits for pro-regime elites but, much as in other authoritarian systems, exhibits no willingness to compromise on the country’s sovereignty, thus on Orbán’s power.

From Russia’s perspective, the Hungarian parliamentary elections of 2022 will be crucial, as Hungary’s opposition factions strive to significantly decrease Russia’s political and economic influence in the country. It remains to be seen to what extent Russia may be willing and able to influence the outcome of the upcoming elections in order to preserve its position in Hungary and whether the Orbán government will seek Russia’s support to secure its victory.