From Beijing to Buenos Aires

This month, Uruguay’s president, Luis Lacalle Pou, made a surprising announcement: The country was launching negotiations with China for a free trade agreement that would position Uruguay, in the words of Lacalle Pou’s chief of staff, as China’s “puerta de entrada” (front door) to the Southern Cone.

The news from Montevideo deepens concerns in the United States over China’s increasing economic muscle in Latin America. But China hardly needs a new “front door” to South America. In Argentina, one of Uruguay’s two giant neighbors, China has been expanding its economic and political ties for two decades, under both leftist and conservative leaders in Buenos Aires.

The two countries grew particularly close under former President Cristina Fernández de Kirchner (2007 to 2015), who now serves as vice president. In 2014, China and Argentina established a Comprehensive Strategic Partnership, signaling the importance of the relationship to both Beijing and Buenos Aires. The next year, Argentines elected a conservative president, Mauricio Macri, but the relationship did not miss a beat. During the four years without Peronists in the Casa Rosada, the Chinese central bank nearly doubled its line of credit to Buenos Aires, to $19 billion, and Argentina welcomed President Xi Jinping for a state visit.

China has also invested heavily in infrastructure in Argentina, awarding more than $17 billion in policy bank loans since 2005, more than to any country in the region except Venezuela, Brazil and Ecuador. Today, Chinese firms are deeply embedded in the Argentine economy, including in strategic sectors such as mining, telecommunications and hydrocarbons. Ganfeng Lithium, for example, holds a significant interest in the Mariana lithium project in Salta Province, and the Chinese telecommunications giant Huawei is a top provider in Argentina, despite deep misgivings in Washington.

Fernández de Kirchner’s return to the Casa Rosada, and her strong influence over President Alberto Fernández, fueled expectations that Argentina would draw even closer to China. There are signs that are occurring. Argentina is poised to join China’s Belt and Road Initiative. Fernández’s latest budget proposal includes funds to buy Chinese fighter jets. Argentina has rebuffed U.S. pressure to exclude Huawei from 5G auctions. There is talk of a Chinese port in Ushuaia. Finally, Argentina is reportedly restarting negotiations over the Chinese construction of nuclear power plants. That said, Argentina’s president and several influential advisers favor strong ties to both the United States and China, creating tensions in the coalition that limit the likelihood of any dramatic foreign policy changes. 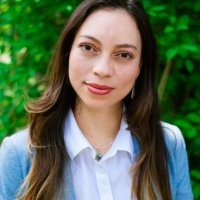 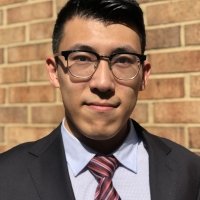