Belarus: Often Overlooked, It Will Reward Historians and Social Scientists 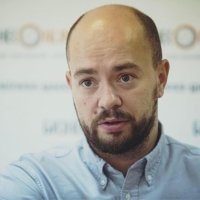 Belarus is a visible presence in Eastern European politics and on all kinds of maps, yet very little is written about it. An independent country for thirty years, it is the size of Austria in terms of area and twice the size of Finland in population terms. Its capital, Minsk, is a thirty-minute flight from the nearest European capital, Vilnius.

Studies of Belarus are so few that the publishers Nasha Niva a few years ago translated and published a 1928 report prepared by Polish intelligence about the Belarus national movement. A non-Soviet history of Belarus has not been written, the editors said in their foreword. In the meantime, Belarus readers, the editors said, could acquaint themselves with it through a book written by foreign spies almost a hundred years ago.

There are at least two reasons for this lack of modern scholarship on Belarus. First, Alexander Lukashenko’s regime pushes conscientious historians out of the country. The authorities seize entire print runs of books, slap publishers with fines, and prosecute editors who publish studies of Belarus originating in the West.

In 2012, prosecutors charged Valeri Bulgakov, editor-in-chief of Belarus’s only non-government-published intellectual magazine, Arche, with extremism. Bulgakov published, in translation, works on the history of nationalism in Eastern Europe written by scholars from Belarus, Lithuania, Poland, Ukraine, and Czechia. Charges were dropped in about a year and the publishing house, after some struggles, was able to continue. In 2015 the publishing house Logvinov was fined 1 billion Belarus rubles (about $62,000, a large sum in Belarus), ostensibly for unlicensed trade in books but apparently for its independent publishing program.

Second, Belarus is following in the steps of Ukraine on the arduous path of establishing itself in the world as an entity worthy of research. Universities started to “discover” Ukraine in earnest in the 1970s (the Ukrainian Research Institute at Harvard was founded in 1973). The historian Andreas Kappeler, author of the first history of Ukraine written by a German, says that when he was taking Slavic studies back in the 1960s, in Zurich, no one talked about Ukrainians as a people. One might argue that the Ukrainians truly made themselves known to the world through their recent revolutions (2004, 2014) and their resistance to Russia’s aggression in Donetsk and Luhansk oblasts.

Belarus did not do revolutions. Russia did not annex parts of it. Belarus, then, attracts as much interest as Russia’s inner territories. The few European or American scholars who take up Belarus as a subject soon abandon it, often for Ukraine. It is hard to get funding for Belarus studies.

Against this background, any solid work explaining Belarus is worth its weight in gold. This is why Michael Urban’s book, An Algebra of Soviet Power: Elite Circulation in the Belorussian Republic 1966–86, which appeared in 1989, still holds relevance even in today’s Belarus. The book was translated into Belarusian in 2010 and has remained a point of discussion ever since. Both opposition and pro-government commentators like to quote from it. The book’s main message is often referred to in conversations without even a mention of the book itself; it has become common knowledge in Belarusian society.

Elite Circulation: Then and Now

Michael Urban, a political scientist from Auburn University, Alabama, was not focusing on Belarus as a nation. For him, it was an example of the Soviet system in general. His project was to find and describe groups within the visibly monolithic Soviet bureaucracy.

Urban’s foundational hypothesis was that Soviet bureaucracy did not conform to the Weberian ideal of a top-down hierarchy. Moscow may have wanted to present all those communist officials as faceless cogs in the well-oiled Soviet system. But in fact, Urban found, Soviet officials formed powerful patronage networks that fought each other for the juiciest posts in the many hierarchies of Soviet society. The integrity of a clan strongly depended on personal loyalty to the patron. The Kremlin knew about those powerful groups very well and erected its statecraft on putting them at loggerheads in various ways, creating a patronage network of its own in the process.

To discover those groups, Urban looked at published data on all personnel decisions in the key institutions of the then Soviet Republic of Belorussia. He made a list of over two thousand posts that seemed worth fighting for. He then compiled a log of all three thousand-plus officials who were hired into and fired from those posts between 1966 and 1986. Urban used early computer software to analyze the data and was able to confirm his hypothesis. Moscow had no control over personnel decisions within the republic; the Soviet system consisted of separate clans.

The history of Belarus’s patronage networks is rooted in the nation’s history. A landlocked country with infertile soils and harsh conditions for agriculture, Belarus was poor in czarist times. Serfdom was particularly severe in Belarus. Literacy rates were low, and pagan traditions existed alongside Christian worship.

According to Urban, Belarus’s first real claim to being a separate entity came during World War II. Belarus became famous throughout the Soviet Union for its partisan movement. As soon as Nazi Germany’s forces were driven out of Belarus in 1944, the most important partisan commanders went on to take up leading posts in the postwar Soviet Republic of Belorussia. Partisans became Belarus’s first and most important patronage network. They made great kolkhoz chairpersons and local party chiefs.

Pyotr Masherov, first secretary of the Central Committee of the Belorussian Communist Party, in 1965–1980, was a major partisan commander, a Hero of the Soviet Union. Pro-government commentators call him an ideal boss who knew his way around with the people, with the capricious local intelligentsia, and with Moscow. Many in Minsk believe Lukashenko is styling himself on Masherov and is, inadvertently, competing with him.

The next most important clan was born out of the republic’s breakneck postwar industrialization. Large and small industrial facilities were built, and their first directors normally had no connection to the wartime partisan movement. Many were not even in the army during the war, but they were qualified engineers and experienced urbanites. They formed a clan of Minsk industrialists.

Nikolay Slyunkov, Belorussia party boss between 1983 and 1987, was a long-time director of the Minsk Tractor Works (MTW), a huge plant that once employed about 16,000 people. Even today the MTW is responsible for 80 percent of all tractors made in the entire post-Soviet territory. In Minsk, there is a special metro station built for the plant’s workers.

“Partisans” and “industrialists” fought each other for the republic’s commanding heights and for opportunities to ascend to the Moscow echelons of bureaucracy. Michael Urban also found a group of bureaucrats who owed their loyalty directly to the Moscow main boss, Leonid Brezhnev. Sometimes “partisans” and “industrialists” formed alliances to counter the “Muscovites.”

Working with publicly available sources in the mid-1980s Michael Urban could not discern a demand for the nationalist-democratic agenda that was growing in late-Soviet Belorussia. In the book’s last chapter, he stated that the Moscow-initiated perestroika could produce changes that could theoretically spur a formation of an independent civil society. That might, he wrote, even undermine the old patronage networks.

Urban was right. In 1988, in a site at Kuropaty, near Minsk, the archaeologist Zenon Pozniak discovered hundreds of mass graves of victims of Stalin’s Great Terror of 1937–1941. With support from Vasil Bykov, a Belarusian war-veteran writer of Soviet renown, Pozniak published a piece detailing his finds. The public outcry that followed the publication produced support for the newly established Belarusian Popular Front, which was at the center of the republic’s fight for independence.

In 1994, Alexander Lukashenko, a small-time party boss and a director of a Sovkhoz (state-owned farm), won the national election. This led to momentous changes in Belarus’s post-Soviet trajectory. During the past thirty years, Belarus transitioned from Soviet-type totalitarianism to a model electoral authoritarianism. The power systems are still highly opaque, and little information is available on the structures in today’s Belarusian government.

The old Soviet elite groups disbanded when the Soviet Union collapsed. Not being part of any of the major pre-independence clans, Lukashenko nonetheless knew of their existence. Belarus’s president does not allow strong autonomous groups to form. “Instinctively, he senses the threats those might present to his rule. All key institutions have been fully subordinated to his family,” says Pavel Usov, author of the book (in Polish) on the genesis and functioning of Lukashenko’s “neo-authoritarian” regime (Powstanie, konsolidacja i funkcjonowanie reżimu neoautorytarnego na Białorusi w latach 1994–2010).

Lukashenko’s carefully crafted rapprochement with Moscow brought oil money to the republic. Since all the transfers from Moscow went through the Minsk government, the president was able to consolidate his power. The police, special services, and other law enforcement agencies seem to be doing really well in Belarus, although no reliable data exist on their real numbers. A UN estimate put the number of various police service persons in Belarus at 1,442 per 100,000 inhabitants, one of the highest levels in the world. The Belarus police chief said in 2016 that the number was in fact 405 Interior Ministry employees per 100,000 inhabitants, a figure local journalists could not verify.

Belarus’s media landscape is very interesting. Belarus state-owned television channels still churn out old-school propaganda. At the same time, Belarus has an array of vibrant and very modern media. Other pockets of highly modernized entrepreneurship, mainly in IT, exist in today’s Belarus alongside Soviet-era legacy industries.

Lukashenko is not just a model dictator—a model, many think, for Vladimir Putin of Russia, as well as for Nursultan Nazarbayev of Kazakhstan—but a crafty foreign policy player who is engaged in a complicated game of brinkmanship with Russia over Ukraine. He knows how to keep the trappings of sovereignty without losing the economic privileges of being Moscow’s lone true political ally. All of this, and much more, makes today’s Belarus a fascinating subject waiting to be explored in depth.