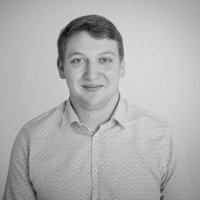 On November 17, Belarus failed to elect a single opposition candidate to its parliament. The election was never expected to be much more than a selection of predetermined candidates, but it was unclear how much effort the authorities would put into creating a façade of competition ahead of a potentially precarious year for the country’s authoritarian regime.

The majority of the 110 representatives who will serve in the House of Deputies are non-party affiliated and strictly loyal to the authoritarian regime of President Alexander Lukashenko, who rose to power twenty-five years ago. This parliament has five more candidates representing parties than in 2016, but they are all similarly loyal to the president, including representatives of the Communist Party, which accounts for half of the non-independents. This outcome was reached through electoral fraud and the denial of registration of prominent opposition candidates on technical grounds. Two such candidates, Hanna Kanapatskaya and Alena Anisim, were surprising victors in the 2016 election and the first opposition lawmakers to take office since President Lukashenko consolidated his rule. Undoubtedly, Kanapatskaya and Anisim were permitted to win by the authorities.

The question for observers in the run-up to this election was not whether the elections would be “free and fair” but whether the opposition representation in 2016 was the start of a trend of conciliatory measures, even if it was predominantly symbolic, insofar as parliament has no power or influence over policy. In advance of next year’s presidential election, in which Lukashenko will seek reelection for the fifth time, the answer was a resounding no.

A major factor in the longevity of Lukashenko’s rule has been his ability to leverage Belarus’s political support of Russia in exchange for economic assistance. However, the Kremlin has increasingly tried to tie its support, typically provided in the form of oil subsidies, to enhanced political and economic integration. Political integration and the surrendering of Belarusian sovereignty to either Russia or a supervisory body has been a red line for Lukashenko. To strengthen its hand in negotiating further necessary economic assistance without integration with Russia, Belarus must demonstrate it is willing and able to walk away from the table if need be.

In celebration of the twentieth anniversary of the Union State of Russia and Belarus, the Kremlin hopes to announce steps toward integration by the end of December. Rumors of an elected parliament and executive for the Union have grabbed headlines in recent days. However, it remains to be seen whether this cosmetic institutional change will be accompanied by genuine political and economic integration. Indeed, Lukashenko has succeeded in stalling integration over the twenty-year project.

Belarus has repeatedly emphasized that such a state cannot come at the expense of national sovereignty, and has implemented measures to strengthen national identity in recent years. The EU and the United States have embraced the opportunity to drive a wedge between Russia and its closest ally. Rewards for minor liberalizing measures have included lifting sanctions, liberalizing travel restrictions, and offering symbolic meetings, such as that between former U.S. national security adviser John Bolton and Lukashenko during Bolton’s visit to Minsk in August. An optimistic analysis might see such rewards as forcing Lukashenko to continue political liberalization and tone down the authoritarian tendencies of his regime.

Unfortunately, the November parliamentary election has shown there is little willingness to turn such a scenario into reality. Parliamentary elections offer little threat to the regime. The blatant rigging of this election to produce a pacified legislature illustrates the potential precarity of the year ahead. The 2020 presidential election presents the greatest challenge to Lukashenko's rule since the 2010 presidential election, which sparked protests and led to a violent crackdown on civil society and the opposition. Dissidents from that election have been released from prison as a part of the symbolic liberalization of the regime but now pose a threat, as does opposition from a younger generation that organizes through Telegram, an encrypted messaging service.

The traditional opposition has been cognizant of political apathy in the country and put little effort into challenging the results of the 2016 elections. But the same economic difficulties that are compelling the regime to improve relations with the West give oppositionists hope that their call for change will resonate with the population, which has largely failed to see improvements in quality of life over the past decade. They will surely have been encouraged by the widespread 2017 protests over a proposed tax on “social parasites,” those who worked for fewer than 183 days in a year.

Lukashenko’s saving grace is that his Western counterparts have low expectations. Barring a repeat of the violence and mass arrests of 2010, officials will likely express concern over the outcome of the parliamentary and presidential elections without mounting any actions to accompany the rhetoric. We saw this in the sanitized initial reaction by the head of the OSCE’s electoral monitoring mission following the November election, which warned that “parliamentary elections are in danger of becoming a formality.”

Even to the most casual onlooker, it is clear that Belarusian elections have been little more than a formality for twenty years. Belarus will continue to be given the benefit of the doubt, not because anyone seriously believes the regime’s own electoral observers but because of the deterioration in relations between the West and Russia following the invasion of Ukraine. Lukashenko has attempted to establish Belarus as neutral territory by refusing to recognize the legitimacy of Russia’s actions and hosting peace talks in Minsk between Ukraine and Russia, which are overseen by the OSCE, France, and Germany.

Ultimately, an aggressive pushback against Belarus’s fraudulent elections only weakens the prospect of a neutral Belarus, potentially driving Lukashenko into the arms of the Kremlin. Over the next year the dictator must maintain the regime’s façade of invincibility without forcing Western actors to take retrospective steps they hope to avoid. Balancing on a tightrope is nothing new for Lukashenko. Belarus has sought improved relations with the West to improve its negotiating position with Russia before. The 2008–2010 period, often characterized as one of liberalization, was incompatible with the level of suppression needed for Lukashenko to maintain control, which resulted in EU sanctions against the regime.

The stakes are higher in 2019. Accepting Russian assistance is tied to greater political concessions than ever before. Of course, the authorities will crack down on dissent, but Lukashenko will have to veer on the side of caution if he wants to preserve Belarus’s temporary neutrality.