FTX, one of the world’s largest leading global digital asset exchanges, filed for bankruptcy last week, shaking the digital assets marketplace, financial firms and investors. it is unclear how far the “contagion” from FTX’s downfall will spread. Cryptocurrency markets, built on blockchain technology, declined by approximately 100 billion dollars when the FTX story began.  Indeed, the market capitalization of all cryptocurrencies has fallen below 1 trillion dollars from close to 3 trillion dollars just one year ago.   In the future, we will study the lessons learned from the events of today to arrive at better regulatory policy – but right now we need careful thought and analysis as events are unfolding.

The Wilson Center Digital Assets Forum wants to give perspective on the potential and positivity of blockchain technology in the midst of the growing pains we are seeing in the market today.

In the words of Abraham Lincoln, we want to remember that “…in the depth and even the agony of despondency…(we) are to feel well again.”

First – what is the blockchain and what can blockchain technology be used for? Blockchain technology, on which digital assets like cryptocurrency are built, uses a distributed and decentralized data storage system as a means of storing data.  In the case of cryptocurrency, the data entry itself can serve as a medium of exchange, as people invest value in a unique hash (a string of computer-generated letters or numbers).

Blockchain technology is designed to eliminate the need for a central authority who might keep the records of who owns what.  The community keeps the record with perhaps thousands of computers or “nodes” storing that information for all to see. As such, the blockchain is viewed by many as more immutable than a centralized storage system, thereby eliminating the “trust problem.”

A distributed ledger can also be used to store other information (similar to traditional cloud storage systems controlled by centralized players) that might include code to execute computer programs. For instance, we could build into the blockchain conditions for the movement of a hash, or an action to be performed by a node receiving the transfer of information through the blockchain (a so called “smart contract”). The most profound use case for blockchain technology may be a reinvention of the internet by storing information and applications across a distributed data storage system controlled by no one entity or concentrated power group (so-called web 3.0 technology).

Now – what’s going on with FTX and the cryptocurrency markets? The facts are still being uncovered on a daily basis at FTX - it is impossible to determine the exact narrative at the moment.

Most recently it has been reported that the FTX network has been hit with a “hack,” and the FTX web site is, as of this writing, inaccessible.  It is uncertain what role FTX’ s iconic leader, Sam Bankman-Fried (SBF), played in the downfall of FTX.

What we do know is that the impact of the events seem to conform to a pattern in financial markets where investors abandon ship when it appears to them as less than sea-worthy (whatever the cause). The acute symptom that we are witnessing in the cryptocurrency market represents a lack of trust in an institution which has been a key player in the advancement of the industry.

In other contexts, distrust, whether the players acted above board or not, brought down giants in traditional finance.  The stories of Bear Stearns, MF Global, Lehman, and LTCM, demonstrate how a crisis in confidence at a key firm can impact the broad market and long-term policy initiatives.  These stories are worth reviewing at this time.

The irony about the events unfolding at FTX is that blockchain technology and cryptocurrency was designed to address vulnerabilities resulting from trust in centralized institutions.

The system of trust in centralized financial institutions and governments that underpins capital markets has historically, from time to time, led to crises in confidence and profound financial and policy impact.

Indeed, trust issues and opaque transactions led in no small part to the events of the financial crisis of 2008.  During the resulting Great Recession, Congress created new regulation to address these “trust issues.” At the same time Satoshi Nakamoto, Bitcoin’s creator, created their own solution: “cryptocurrency,” a peer-to-peer cash transfer system allowing “…two willing parties to transact directly with each other without the need for a trusted third party.”

This week’s tumultuous events should not detract from the potential for blockchain technology to be responsibly utilized in finance and other arenas where decentralized storage can boost equality, accountability, security and transparency. The key take-away from recent events will be the regulatory and policy initiatives that emerge in response to the headlines.

In March of 2022 recognizing the powerful capacity for “advances in digital and distributed ledger technology,” President Biden signed an Executive Order (EO) with regards to the responsible development of Digital Assets.  The President set key objectives for the EO that are worth keeping in mind now:

During the past several years, individual American regulators have asserted jurisdictional authority, or shunned same, over aspects of blockchain technology.  The events surrounding FTX will no doubt enhance the desire to effectuate meaningful regulation that might mitigate the risks and vulnerabilities endemic to unregulated markets.

As we learn more about current events, we need to keep in perspective the role these events play in the evolution of a powerful new technology and its regulation. Cryptocurrency and financial use cases must be seen in the context of the broader blockchain technology that reaches far beyond financial applications.

Policy will evolve to prevent future headlines, but we may need to accept growing pains during technological (r)evolution which will, no doubt, present new and unforeseen risks and unimagined opportunity.

To learn more or to sign up for future sessions, please email cryptomaster@wilsoncenter.org. 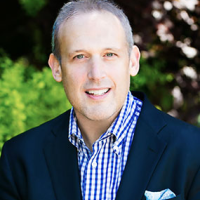 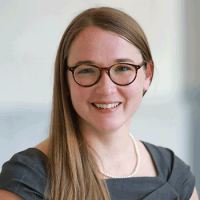 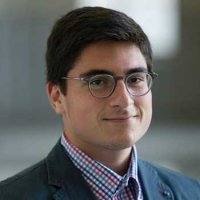