What is it like to work in Korea’s Demilitarized Zone? For decades, the United Nations Command Security Battalion post in the Joint Security Area that divides Korea was a tense and volatile place referred to as “the world’s loneliest outpost.” Post-2018 diplomatic initiatives and newly minted cooperation between UN troops and their North Korean counterparts have made the DMZ a far less forbidding border, yet recent months have brought renewed tensions to one of the world’s most-contested landscapes.

For the Wilson Center event “Bridges and Blockades: Life at the DMZ,” Lt. Col. Sean Morrow, who served as commander of the UN Security Battalion at the JSA, shared his experiences inside the DMZ during an extraordinary period of diplomacy between the United States and North Korea. Morrow presided over the JSA during a period of warming ties between North Korea and South Korea, and departed just as tensions were rising again between the two Koreas.

The June 23, 2020 event was held to launch the Summer 2020 Wilson Quarterly issue, Korea: 70 Years On. Under the guidance of Wilson Quarterly Chief Editor Richard Byrne, Korea: 70 Years On explores the history and legacy of the unfinished conflict, 70 years since it began on June 25, 1950. Morrow contributed an essay, Bridges at Panmunjom, that reflects on his time at the DMZ, the most visible marker of the war.

“The Armistice Agreement signed in 1953 was never replaced with a peace treaty,” Harman added. “Whether in times of relative peace or rising tensions -- as we’ve seen recently, with North Korea destroying an inter-Korean liaison office and threatening to remilitarize its borders with the South -- understanding the Korean War is essential to understanding the Korean Peninsula today.”

North Korea continues to use the Korean War in its ideology and foreign policy, citing the war as the rationale for building its nuclear program, said event moderator Jean H. Lee, director of the Hyundai Motor-Korean Foundation Center for Korean History and Public Policy. Lee, who spent many years covering North Korea as a journalist, shared her experiences visiting the DMZ from the North Korean side. She also contributed an essay in the Wilson Quarterly issue that revisited the ordeal her own family suffered during the early months of the war.

“We don’t normally mark the beginning of a conflict,” she said. But “we thought it was important to recognize this conflict because it has such bearing on what’s happening not only on the Korean Peninsula, but also in the region today.”

The Joint Security Area is a place long marked by violence and silence. According to Lt. Col. Morrow, there were violent, sometimes deadly incidents inside the JSA in 1968, 1975, 1976 and 1984 - even as recently as November 2017, when a sergeant from the Korean People’s Army dashed across the DMZ inside the JSA to the South Korean side.

However, the situation in Panmunjom was not always so tense. Until 1976, North Korean and UN soldiers served side by side, occupying the same space. “I wouldn’t necessarily say working together, but physically intermingled,” Morrow explained.

The Tree Pruning Incident of 1976 marked a turn for the worse for peaceful coexistence. At the Bridge of No Return - the northernmost UN Command checkpoint - a large tree grew in the view of the UN soldiers; three days before he was to complete his posting and return to the United States, Capt. Arthur Bonifas decided to lead his team in cutting the tree.

The North Koreans attempted to stop Capt. Bonifas, emphasizing the mythology that the tree was planted by Kim Il Sung. Bonifas ignored their demands.

Soon after, the North Koreans attacked, killing two soldiers, including Capt. Bonifas, in what is known as the 1976 Axe Incident.

This marked a critical turning point in relations between the two sides, ending interaction between the security battalions.

“Rather than being like a soccer match, where both sides are interacting, it became more like a football match, where we lined up directly against each other on both sides of the line and we were protecting our line,” Morrow said.

Diplomacy at the DMZ

However, unlike many other battalion commanders before him, Morrow was able to interact closely with his North Korean counterparts during the brief diplomacy with North Korea in 2018 and 2019.

Tensions began to ease with diplomacy in 2018 between North Korea, South Korea and the United States. In April 2018, South Korea’s President Moon Jae-in and North Korean leader Kim Jong Un met at the DMZ, signing the Panmunjom Declaration for Peace, Prosperity and Unification on the Korean Peninsula and vowing to denuclearize the peninsula. In May, the two leaders met again.

Morrow arrived at the DMZ the week of the historic June 2018 Singapore Summit between President Donald Trump and North Korea’s Kim Jong Un. In Singapore, President Trump and Kim Jong Un signed a brief joint statement that committed the wartime foes to building a “lasting and stable peace regime.”

In September 2018, Kim and Moon met for a third time, outlining specific measures to secure peace in the region.

“My role there was really to provide security for the diplomats, for the generals of United Nations Command,” Morrow said. “And between the Republic of Korea, the North Korean government and the United States government, to have a place where they can come to dialogue.”

That included accompanying President Trump to the DMZ for a handshake with Kim Jong Un in June 2019.

The brief interlude of diplomacy also allowed Lt. Col. Morrow to spend more time with the North Koreans than any battalion commander since the 1970s.

After years of no response, something totally unexpected happened in July 2018.

“We were all in the room preparing to make the 3 o’clock phone call when suddenly the phone rang in our direction,” Morrow recalled. “It was kind of like a scene in the movies where a phone rings and everyone in the room pauses, all sound stops, and you stare at the phone and wonder if it’s real.”

Their North Korean counterparts acted as if there had not been a five-year interruption.

“As we had more interaction, we saw them start to loosen up,” Morrow said.

“We talked about family,” he said. “They would share, occasionally, a photograph of their family, talk about their aspirations for their sons to serve in the military, to serve the Chairman (Kim Jong Un) but also to grow up to become engineers, or professors, or doctors.”

“Just kind of the same things that any of us would want for our children."

Morrow points out that these personal relationships and interactions were not strategic diplomacy. They were part of their tactical work.

“Commander-to-commander level interactions are critical to building trust and confidence,” even when things are not going well. Following former Defense Secretary James Mattis’ advice, Morrow noted: “Be prepared for a fight, but ... don’t fear being too nice.”

In light of the 70th anniversary of the start of the Korean War, Morrow reminded the audience of the sacrifices that many people have made, the families torn apart, and the teamwork of the world coming together to save the Korean Peninsula.

“When there is a problem in the world, everyone can come together and have a tremendous outcome.”

Watch the full event online and read his essay in the Summer 2020 issue of the Wilson Quarterly.

Sung Jung Kim is a rising junior at Yale College, studying political science. He is currently an intern at the Wilson Center’s Hyundai Motor-Korea Foundation Center for Korean History and Public Policy, working with Director Jean H. Lee. He was selected for the 2020 Council of Korean Americans Public Service Internship Program. 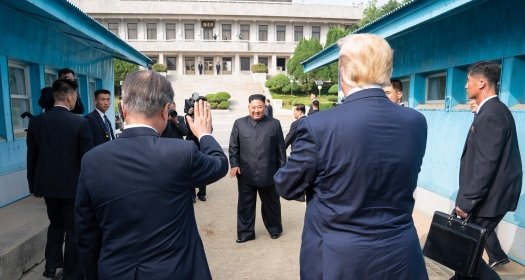 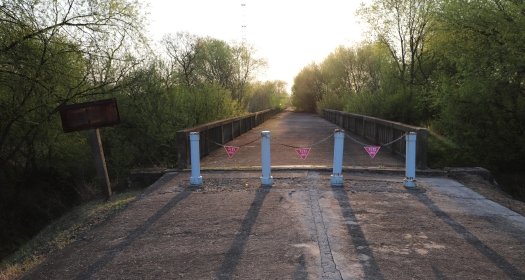