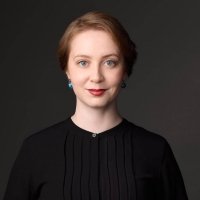 Until September 2022, when President Vladimir Putin announced his “partial mobilization,” the Kremlin had tried to avoid involving large swaths of the Russian population in the armed conflict. Instead, it found some unorthodox ways to achieve its military goals while making up for personnel losses. One of those ways has been recruiting prisoners to serve in the private military company known as the Wagner Group.

The company’s founder, Yevgeny Prigozhin, who is often referred to as “Putin’s Chef” because of his Kremlin-connected catering business, has been seen, in multiple video clips, personally recruiting inmates in penal colonies all over Russia. The Wagner Group’s legal status is unclear as Russian law does not recognize private military companies, and all the attempts to legalize them have failed. In Russia, recruiting a mercenary or serving as one is a crime punishable by a long jail term.

The Wagner Group is not integrated into the Russian regular military. The absolute majority of its personnel cannot be qualified as mercenaries in the Russia-Ukraine conflict. Under Article 47§2(d) of the Additional Protocol I to the Geneva Conventions, a mercenary is any person who is, among other criteria, neither a national of a Party to the conflict nor a resident of territory controlled by a Party to the conflict. The Wagner Group primarily recruits Russian citizens.

The Wagner Group first came to the attention of the press in 2014, in eastern Ukraine, as a force fighting alongside pro-Russian separatists. Since then it has been involved in armed conflicts all over the world, including in Libya, Syria, Mozambique, Sudan, and the Central African Republic. Anywhere the fighters have operated, they have been accused of war crimes and gross human rights violations. In 2021 the EU imposed restrictive measures against the Wagner Group itself, eight individuals, and three entities connected to it for “serious human rights abuses, including torture and extrajudicial, summary or arbitrary executions and killings.” Currently the United States is considering designating the Wagner Group a “foreign terrorist organization.”

The Wagner Group began recruiting fighters for the war against Ukraine almost immediately after the invasion in February 2022. At the end of June, its recruiters started to draft “volunteers” in Russian penal colonies for the Donbas front. “It’s either prisoners fighting in Ukraine or your children,” Prigozhin publicly quipped. By November 2022, the Wagner Group had managed to amass up to 30,000 men, including convicted murderers and robbers who were in the middle of serving time in institutions from Kaliningrad to Siberia. Recently the recruiters were seen in the prisons of the Far East. Reports have revealed that the Wagner Group has now extended its enlistment drive to Ukrainians in Donetsk colonies, coercively issuing Russian passports to them. The group’s scouts are also drafting other foreign nationals who have been jailed in Russia. Our sources report that the recruiters have now started to force prisoners into signing contracts with the Wagner Group.

This story reveals a lot about the Russian penitentiary, and, on a larger scale, about the criminal nature of the Russian state itself. The Russian government has long been preparing the penal system to be not only an instrument of repression but also a source of people who will do anything to gain their freedom. How did this situation become possible?

The Wagner Group’s easy access to prisons is the first item in question. Article 24 of the Penitentiary Code of the Russian Federation enumerates a closed list of public officials—including the president, the ombudsman, prosecutors, and a number of others—who are allowed to visit prisons without prior approval by the prison authorities. Other officials and journalists may visit prisons only with prior authorization by the administration. The current regime of full access for the Wagner Group recruiters would not be possible without direct orders from the very top.

Other decisions have facilitated the enlistment drive among prison inmates. First, the Kremlin has practically dismantled the institution of independent public oversight through appointing former law enforcement officers instead of journalists, activists, and human rights defenders. Today, the oversight commissions can be easily manipulated by the government and, along with prosecutors or investigators, are used to cover up rights violations that occur in prisons.

Second, last year the State Duma prohibited lawyers from taking any video or audio recording devices into prisons. This has effectively prevented the public from learning the facts of torture or of illegal military recruitment among prisoners.

Third, prison administrations have used the COVID-19 pandemic to their advantage. Whenever Wagner Group representatives arrive, the administration announces a quarantine. That means no family visits are allowed until the recruitment is over.

The other issue worth discussing is why many prisoners agree to go to war instead of serving their sentence in full. To answer this question, it is important to understand what a Russian prison is like. Penitentiary facilities are places where people constantly experience humiliation and pressure of both the psychological and the physical kind. Usually incarceration implies torture, inadequate food, no medical help, and exhausting labor for almost no reimbursement.

Prisoners often cannot meet their family members on a regular basis. A lot of them serve sentences in remote regions, and relatives cannot afford visits. Therefore they lose their family and social ties. Former prisoners often fail to find a job and a place to live, and therefore have few opportunities to start a law-abiding life after release. According to official statistics, the probability of returning to prison is more than 50 percent.

This means that the crowd the recruiters address in any given prison is full of stigmatized and desperate people. The pay the Wagner Group recruiters offer is, by Russian standards, excellent: about 200,000 RUB (about $2,900) per month and up to five million rubles ($72,500) in compensation for their families in case of death. Prisoners are promised that after six months of “service,” they will all receive a presidential pardon. Under such circumstances, prisoners are ready to risk their life for a slim chance of freedom or go to war because they do not see any decent future for themselves.

However, there is practically no chance of survival, as these people are used as “cannon fodder.” Those who refuse to take part in combat or who defect are brutally executed (as happened in the case of Yevgeniy Nuzhin and other prisoners).

So the lawlessness in Russian prisons has reached unprecedented levels. The government is counting on the fact that almost no one stood up for prisoners even after the release of video evidence of systematic torture in Saratov prison hospital, Yaroslavl prison, or Irkutsk pretrial detention center. Now society can do nothing when prisoners are sent away to kill and to be killed.