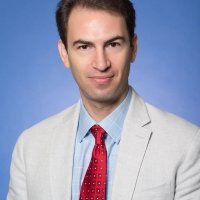 Gregg Brazinsky examines North Korea’s wartime propaganda that shaped popular attitudes toward China and the hundreds of thousands of Chinese Peoples’ Volunteers it dispatched to fight in the Korean War.

What were relations between China and North Korea like during the war?

Much recent scholarship has emphasized that even as the Korean People’s Army and Chinese Volunteers fought together on the battlefield, a number of disagreements erupted between Chinese and North Korean leaders.[1] And there certainly were a number of clashes between Mao Zedong and Kim Il Sung over how the war against their common adversary could best be waged.

At the same time, these disagreements were only one part of the Sino-North Korean relationship and did not completely define it. Beijing and Pyongyang needed their forces to cooperate and their people to strongly support the war effort.

Throughout the Korean War, the Korean Workers Party carried out an extensive print propaganda campaign to shape popular attitudes toward the PRC and the hundreds of thousands of Volunteers it dispatched to aid Korea. Despite the adverse circumstances of the war, the KWP and the Korean People’s Army managed to print a significant number of newspapers, magazines, pamphlets, and other materials devoted to this purpose. Historians have generally paid little attention to these materials even though they yield important insights into how the North Korean state strove to shape popular attitudes and construct an official narrative of the war.

There is no single repository or library that houses a dedicated collection of North Korea’s wartime print propaganda. But a number of libraries and institutions have significant holdings of DPRK publications from the war years. Several difficult to find North Korean newspapers from the period between 1950 and 1953 are scattered throughout the captured enemy materials in the National Archives at College Park (Record Group 242).

A particularly rare find is a small number of issues of Chosŏn Inmin’gun, the official newspaper of the KPA. Remarkably, the North Korean government managed to resume the publication of this newspaper by December 1950 when Chinese Volunteers and KPA forces had still not fully recaptured North Korea’s territory.

The North Korean government frequently used Chosŏn Inmin’gun to foster favorable images of the PRC and the Volunteers in the North Korean army. An issue from 3 December 1950 greeted the Chinese troops as liberators. It ran an article on the first page explaining in its title that “The Chinese Volunteer Force Fighting Against the Common Enemy American Imperialism.” The Volunteers were also potential mentors. “We must hold hands closely together with them and learn many things from them,” the newspaper added, while at the same it instructed the NKPA to help the volunteers learn Korea’s geography.

The same issue also included a letter to Mao Zedong from members of one unit of the KPA. The message referred to the Chinese leader as “a close friend” and “loved and respected Chairman Mao.” It lauded the chairman in particular for demonstrating compassion for North Korea in its time of suffering and need. The American imperialist invaders had “stained our beautiful land with blood” and “massacred our parents and brothers and sisters at random.”

While the DPRK used Chosŏn Inmin’gun to indoctrinate its armed forces, other wartime publications made similar efforts to create favorable images of China and the Volunteers more broadly among the North Korean people. By 1953, the North Korean government was regularly publishing Inmin Chosŏn or The People’s Korea, a popular magazine that frequently included articles, poems, and other testimonials describing the heroism of the Volunteers.

While early issues of the journal are difficult to find, the National Institute of Korean History has made duplications of a number of issues whose originals are housed in the Russian State Library in Moscow.

Wartime issues of the journal demonstrate how the North Korean state encouraged admiration for the Volunteers. For instance, the February 1953 issue of the magazine included an article describing the bravery of Chinese anti-aircraft division which was “mowing down American imperialism, the common enemy.” It wrote that “together with the North Korean People’s Army” the division was “fighting the common enemy of the Chinese and North Korean people while making great achievements on the battlefield.” Other articles in the journal detailed the heroics of specific Volunteers who were held up as models for North Koreans to follow.

Of course, looking at North Korea’s wartime propaganda cannot completely change our view of Sino-North Korean relations, but it affords us a more complicated picture than can be gleaned from looking solely at the interactions between senior leaders. Such propaganda gives us an understanding of not only how Kim Il Sung and other leaders in the KWP might have seen the PRC and the Chinese Volunteers, but also how they wanted the people to see them. It reminds us that high-level leaders may always play an important role in how we write international history but popular perceptions, social interactions, and state efforts to shape them also demand attention.