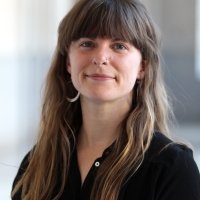 Originally featured on New Security Beat, the blog of the Environmental Change and Security Program at the Woodrow Wilson International Center for Scholars.

In 2016, the Environmental Protection Agency charged its federal advisory committee with exploring how citizen science and crowdsourcing should be integrated into the agency’s mission. The resulting report eloquently describes how if the environment is to be protected then it’s the duty of all – the government, institutions, and citizens – to work together to achieve this.

There is a growing new guard of environmental defense taking shape in China in this image – NGOs, think tanks, and individuals using open data, citizen science, and crowdsourcing to fortify the policymaking-to-enforcement pipeline. There have been commitments by the government to fund big data frameworks for environmental monitoring, more collaboration between the U.S. EPA and Chinese Ministry of the Environment, and a proliferation of Chinese NGOs dedicated to environmental protection.

The surge in interest and activity is coming at an opportune moment, as the central government appears to be making serious moves to figure out how to handle the country’s massive and growing air, water, and soil pollution.

I recently visited Beijing and Changsha under the National Committee on U.S.-China Relations Professional Fellows Program, funded by the U.S. State Department Bureau of Educational and Cultural Affairs, to better understand China’s citizen science initiatives and share knowledge on the growing practice, including from the Wilson Center’s experience with the U.S. Federal Community of Practice for Crowdsourcing and Citizen Science (CCS), which was recently nominated for an award for public engagement in government.

What Is Citizen Science?

Citizen science and its sister field, crowdsourcing, suffers from multiple-personality disorder in that they mean different things to different people. Most uses of the terms refer to the proliferation of information communication technology for scientific investigation (answering a question or solving a problem). More specifically, it could be thought of as a technology-mediated collaboration between the public and scientists to answer real-world issues.

Different fields engage in citizen science and/or crowdsourcing in different ways. A journalist might ask urban residents to record indoor air temperatures to add data to a story and perhaps prompt a policy change, like they did in the Harlem Heat Initiative. An astronomer might see human input as a way to augment machine classification in searching for exoplanets in our universe. A concerned citizen might see collecting air quality data as the only way to tell her story about the harmful effects of fracking emissions.

Top Then Down: From Government to NGOs

In China, the Ministry of Science and Technology coordinates research and development funds and supports public understanding of science initiatives. Representatives of the ministry I met with in Beijing expressed interest in learning more about the U.S. Federal Crowdsourcing and Citizen Science Catalog, a product developed at the Wilson Center for the CCS community which tracks federally funded projects, and signaled their interest in filling a similar coordinating role.

The catch is that they want a critical mass of scientists ready to use the tools and are not quite sure how to find them. My experience meeting with several NGOs suggests they might not need to wait long.

Green Hunan is an environmental NGO based in Changsha, among the lush leaves, cacophony of birdcalls, and famous spicy food of Hunan. The area is also home to a lot of rivers and a lot of factories that make your smartphone. Green Hunan fills a critical gap in preserving these rivers through environmental education, advocacy, and an extensive river keeper network that monitors pollution levels. More than 400 volunteers regularly test upstream of drinking water plants and post the results on Weibo to raise awareness and put pressure on local government and industry.

The Global Environment Institute is a think-tank based in Beijing that has a broad portfolio of work, from conservation to carbon markets, and has recently become a hub for citizen science in western China. Peng Kui, program manager for the Ecological Conservation and Community Development Program, while conducting economic development work, realized that communities might be interested in tracking water quality and quantity indicators too.The most exciting part is that Green Hunan is growing, and growing quickly. The Alibaba Foundation, the philanthropic arm of the Asian tech giant, recently provided funds to scale up of the river keeper network to more than a million people along the Yangtze River, the longest in Asia, over the next three years. In addition, they will be setting up a national office in Beijing to help coordinate its expansion. Lastly, a staff member from Green Hunan recently spent four weeks with the Wilson Center’s China Environment Forum under the same fellows program to learn about water quality monitoring practices in the United States.

Kui and his team helped train community members on 11 indicators of water quality and quantity and provided monitoring kits. The data-to-information pipeline is a bit slow, as they still use pen and paper and rely on monthly field visits for collection. In addition, the water monitoring kits run for 1,000 RMB ($150) each, which may limit their uptake in this remote region. But that isn’t stopping Kui from trying. He created a video demonstrating the water monitoring methods for Youku, China’s version of YouTube, in an effort to spread the initiative to other NGOs in the region doing similar environmental work.

The Institute of Public and Environmental Affairs is another non-profit environmental research organization based in Beijing that has led the way in transforming data collected by the central government into something the public can use to hold polluters accountable. They have a suite of products, including Blue Map, an app that combines government and corporate information and allows citizens to engage directly with air quality data on a map. They also disclose company infractions of pollution regulations on a public map, which in turn fortifies compliance.

Last year, the institute took a further step by establishing two way communication with the public for the first time. With their “Black and Smelly Rivers” campaign, launched in coordination with municipal governments, they are now asking the public to help flag rivers out of compliance with pollution controls.

The Front Lines Will Continue to Grow

These initiatives are likely just the edge of a growing wave of citizen science in China and elsewhere. Just this month, a new platform on Facebook, CitizenScience.Asia, launched out of Hong Kong with the intention of being one of the first to coordinate efforts like these across Asia.

The growth in citizen science is encouraging if you are looking for signs of change in the world’s environmental problems. If we are to come to grips with our species’ planet-spanning impact, then the ecosystem of government, institutions, and public must each contribute, and here we see the public becoming more and more involved, holding government and industries accountable with the aid of technology.

Indeed, healthy cross-pollination is already underway. In January, the Wilson Center briefed a cohort of Chinese scientists hosted by the U.S. Department of State in Washington, DC, on citizen science in the U.S. government. The group then visited field sites around the United States to see citizen science in action. Based on the success of this year’s trip, the program is considering repeating the theme again for 2018.