Explore More
Close
Blog post
Economics and Globalization
Global Tumult Has Investors Turning to Latin America, Do They Like What They See?
By Alejo Czerwonko on November 18, 2022
Share on FacebookShare on TwitterShare via Email
SharePrint
Share
Email
Part of the Sustainable Development and Climate Change in Brazil
Blog post

Severe flooding in Germany and Belgium in July caused over 205 deaths, highlighting the urgency of the climate crisis. In Latin America, rising temperatures have brought about a very different, but similarly damaging, impact: a disruptive lack of rain.

Central America’s “dry corridor” was hit hard in the beginning of this year, suffering the most extreme drought of the last decade, leaving over 1.4 million people in need of food assistance. Low rainfall has also lowered food exports and power generation in Argentina and Paraguay. The situation is dire in neighboring Brazil, which has endured three large-scale droughts over the past decade, an unusually high frequency. The country now faces its worst drought in 91 years, raising fears of shortages of energy and water that could inflate electricity and food prices at a time of already high inflation, and exacerbate forest fires in the Pantanal wetlands and Amazon.

The water levels in many rivers and reservoirs in Argentina, Brazil and Paraguay are worryingly low. The drought is particularly evident in the Paraná River, which powers hydroelectric dams providing electricity to much of the region, and serves as a riverine highway for commodity exports, including cash crops like soybeans. The Paraná is 30 feet below its typical depth, and Argentina and Paraguay have recorded a 50 percent drop in energy production at the Yacyretá Binational Dam, which typically generates 800 MW of electricity for Argentina and 200 MW for Paraguay. The drought is even more problematic for Brazil, which depends on hydropower for approximately 70 percent of its electricity generation. Brazilian officials are also worried about water supplies; the reservoirs that supply São Paulo are at the lowest level in the last five years. In response, the São Paulo state sanitation agency, SABESP, has urged the 21 million residents of greater São Paulo to conserve water.

The shrinking of the Paraná is also causing concern for the region’s lucrative agriculture sector. Argentine farmers use the river to ship 80 percent of agricultural exports, and the river’s low level has reportedly grounded large ships and forced others to reduce dramatically their cargoes. Already, the disruption has cost the country’s grains industry as much as $300 million, according to the Rosario grains exchange. In June, Brazil’s infrastructure minister announced restrictions on shipping on the Paraná, forcing exporters to divert cargoes to overland routes, raising costs and emissions. The drought has also lowered yields for Brazilian farmers growing corn, coffee, sugarcane and oranges. The yield for the season’s second corn crop, for example, is expected to hit a five-year low, and coffee production in São Paulo state is forecasted to drop by as much as 30 percent. The timing couldn’t be worse, as South American governments were hoping rising commodity prices would speed the post-pandemic recovery.

In Brazil, Argentina and Paraguay, drought-related increases in energy and food prices could bring political repercussions. Inflation in Brazil is almost double the central bank target, and inflation in Argentina is soaring towards 50 percent. That could damage President Jair Bolsonaro’s popularity as Brazil’s 2022 presidential election approaches, and hurt President Alberto Fernández’s party in Argentina’s November midterms.

Leaders are aware of the risks, though there is nothing they can do to make it rain. (The Mexican authorities don’t see it that way; since June, the Mexican government has been experimenting with cloud seeding.) Forty-three percent of Brazilians expect the drought to increase electricity prices, and there are fears of rationing, according to a poll by EXAME/IDEIA. In 2001, after President Fernando Henrique Cardoso imposed energy restrictions during a drought, his party lost the next year’s presidential election. To avoid similar political damage, Bolsonaro has promised not to ration energy; his most significant response so far was a measure to create a commission to study hydropower management and water use.

A prolonged drought, however, could require more dramatic action, regardless of the political fallout. It could also draw unfavorable local and international attention to the Brazilian government’s failure to address deforestation. To clear land, farmers and ranchers burn down trees every year; deforestation rose in June for the fourth month in a rowcompared to last year, as forest fires spiked across the Amazon. The drought raises the risk that these fires, including in the Amazon and Pantanal wetlands, could rapidly spread.

Latin America’s drought likely has several causes, including shifting local weather patterns caused by Amazon deforestation, and the cyclical climate phenomenon known as “La Niña.” But scientists say climate change is also likely responsible, and the severe impacts are yet more evidence of the dangerous and costly disruptions from warming global temperatures.

For more on climate change in Brazil, listen to the latest episode of

the Brazil Institute Podcast, "Deforestation and Drought in Brazil." 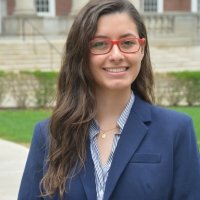 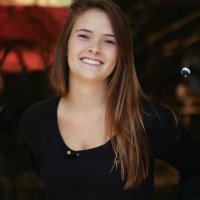