Cold War Bedfellows: The Forging of the Sino-Albanian Alliance in the 1960s 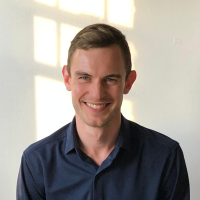 The PRC’s relationship with Albania provides a key example as to how Mao's China made strategic foreign policy choices during the 1960s and 1970s, writes James Gethyn Evans.

On May 15, 1964, a delegation of the Albanian Women’s Union met with Chairman Mao Zedong in the Great Hall of the People in Beijing. Led by Vito Kapo—the Chair of the Women’s Union and notably the wife of the third-highest ranking Albanian politburo member, Hysni Kapo—the delegation’s visit came amid the forging of an unexpected alliance between the People’s Republic of China (PRC) and the People’s Socialist Republic of Albania in the middle of the Cold War.

The PRC and Albania, having both denounced the Soviet Union and Khrushchev’s “revisionist” turn after the death of Stalin in 1953, found themselves as joint outliers in the socialist bloc. Mao and his Albanian counterpart, Enver Hoxha, were ardent supporters of Stalinism and orthodox Marxism-Leninism and had pegged their own cult-like authority to Stalin’s brand of socialism. Khrushchev’s push to “de-Stalinize” or de-radicalize the Soviet Union was therefore not only an ideological threat to what Mao and Hoxha considered to be “orthodox” Marxism-Leninism, but as Elidor Mëhilli shows in From Stalin to Mao, it also challenged the Stalinist systems that maintained their personal power.

By 1961, the PRC and Albania found themselves as strange bedfellows in a newly formed anti-revisionist clique that stood in opposition to both the revisionist Soviet Union and the capitalist United States. As Elez Biberaj notes in his 1986 book, this informal “non-institutionalized alliance,” was political, rather than military, in nature. In exchange for Albania’s ideological support against the Soviet Union, China supplied large amounts of capital, military technology, and material aid to help prop up Albania’s fragile state.

Indeed, from the beginning the alliance was quite clearly one-sided: the two states were wildly mismatched in terms of population, GDP, military capability, and influence on the world stage. Rather than an equal partnership, Albania became China’s “beachhead”—to use the journalist Harry Hamm’s phrase—in Europe; a convenient partner that could serve as an intermediary through which the PRC and the Soviet Union could direct their verbal attacks without coming directly to blows.

Against the backdrop of a global realignment and an unlikely friendship, relations between the PRC and Albania intensified through exchanges of people, capital, labor, ideas, and objects. This was logistically no small task, as Albania and China lacked a history of direct exchanges; there were few individuals who could communicate in both Chinese and Albanian; and the large geographical distance between the two states made exchanges a costly and logistically challenging endeavor.

Within the socialist bloc, delegations of various government, military, cultural, scientific, and educational representatives were sent to other states within the bloc as a display of aid, solidarity, and dedication to shared socialist goals, as well as to trade expertise and information. As a counter to the Soviet Union, the PRC leveraged “people-to-people” diplomacy—that is, between individuals not formally trained in diplomacy or specifically serving a state’s foreign policy objectives—as a way to avoid restrictions stemming from its diplomatic isolation.

Archival sources about these visits therefore provide an understudied and valuable insight into not only how China’s foreign policy functioned in practice, but also how China saw itself in relation to the political and ideological struggles of the Cold War.

The meeting between Mao and the Albanian Women’s Union—the record of which can be found in several different repositories—was part of a series of visits between the PRC and Albania, which included meetings between party, government, legislative, judiciary, youth league, journalist, trade union, and archivist delegations. In January of 1964, just a few months before this delegation visited China, the two countries had agreed to the first of three Joint Statements that were signed on the occasion of Premier Zhou Enlai’s visit to Albania to promote “the liberation movement of the oppressed peoples and nations.” Several Chinese-sponsored aid projects in Albania were also discussed, as well as the guarantee of Chinese loans to match the Soviet and Comintern state-backed loans that had been cancelled after Albania’s denouncement of Khrushchev. The stakes were high for Vito Kapo and her delegation to ensure that the Sino-Albanian alliance remained strong.

These “discussion notes” depict Mao as fixated on ideological struggle, but they also display his surprising realism with regard to the PRC’s capabilities. In response to Vito Kapo’s exclamation that “China is a giant,” Mao responded that China is a “backward country” whose industrial development lags behind its rivals. Reinforcing Mao’s embrace of Albania, Vito Kapo agreed with Mao’s comments and went out of her way to reinforce the message that China and Albania “are one and the same.”

After discussing the remnants of foreign influences in both countries, the conversation then took a somewhat surprisingly misogynistic turn, ironically sparked by Vito Kapo’s own comment that women are “especially” stubborn in clinging to foreign influences and the past. Mao agreed wholeheartedly, and proceeded to say in detail that women are superstitious and “put their hope in the gods.” Only science-based evidence, Mao claimed, would prevent women from being superstitious. This blunt and rather inappropriate example, particularly in front of a women’s delegation, highlights not only Mao’s misogyny, but also the gendered dynamic of diplomatic exchanges in the 1960s.

Compared to his passionate denouncement of the Soviet Union and the strength of the Sino-Albanian alliance at the start of the discussion, Mao’s practical view of the limitations of the Chinese state and the anti-revisionist movement highlight a leader aware of the uphill battle ahead of him.

Taken in the context of other similar archival sources from the Chinese Ministry of Foreign Affairs, this source helps to build a more in-depth narrative of how China built and developed its foreign relations in the Cold War. It highlights how conversations between China and Albania were increasingly frequent after 1960, despite pressure from both the capitalist and socialist blocs, and provides a Chinese perspective on how Mao and the CCP viewed Albania as a smaller partner in their unequal arrangement. As a result, tracing the PRC’s relations with Albania provides a key example as to how the PRC made strategic foreign policy choices during the 1960s and 1970s.

James Gethyn Evans is a Ph.D. Student in history at Harvard University and a manager at the Fairbank Center for Chinese Studies. His research interests include China's foreign policy during the Cold War, interactions between state and non-state actors, and the global impact of Maoism.