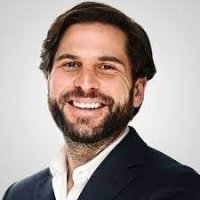 BOGOTÁ – Gustavo Petro, a left-wing senator and former member of the M-19 guerrilla group, won Colombia’s presidency with 49.7 percent of the vote in a run-off on June 19, defeating former businessman and political outsider Rodolfo Hernández. His victory was historic on several accounts. He received nearly 11.3 million votes, the most ever for a presidential candidate. His running mate, Francia Márquez, is a social and environmental activist and the first Afro-Colombian and first woman elected vice president. Importantly, Petro is the first leftist to win the presidency in Colombia’s modern history.

After four years of periodic massive street protests and a deadly pandemic, it is hardly surprising that both candidates in Sunday’s election promised radical change. But while Hernández campaigned on a vague anti-corruption message, Petro offered a profound and concrete critique of Colombia’s socioeconomic model. He wants to increase tax revenue by 5.5 percentage points of GDP by hiking rates for the wealthy and eliminating corporate exemptions.

The new revenue would fund an ambitious expansion of Colombia’s social safety net, including public jobs for the unemployed, a universal basic income and a larger role for the state in the health and pension systems. Petro is skeptical of free trade and proposes tariffs and subsidies to support local farmers and small firms. Most dramatically, he has promised a moratorium on new licenses for oil and mining exploration to accelerate Colombia’s energy transition. These industries account for almost half of the country’s exports and nearly 14 percent of government revenue.

Petro is the first leftist to win the presidency in Colombia’s modern history.”

The fact that voters chose Petro speaks to deeper trends shaping Colombia’s politics. Four years ago, President Iván Duque defeated Petro in a campaign focused on the 2016 peace accord with the FARC guerrilla group. Similarly, presidential elections over the last two decades had also revolved around security. This election cycle, the animating issues were inequality, unemployment, corruption and the cost of living.

The pandemic, of course, made many of these problems worse. Despite a strong economic recovery in 2021, the poverty rate remains nearly 4 percentage points above pre-pandemic levels, and unemployment stands at 11.2 percent. Recently, inflation has dealt a new blow to poor households, with food prices in May 20 percent higher than a year ago. Petro’s message clearly resonated in Colombia’s most marginalized regions; turnout on Sunday surpassed 58 percent – the highest level since 1998 – thanks to a surge in participation in poor departments along the Caribbean and Pacific coasts.

The 2016 peace agreement, despite its flaws, not only gave oxygen to issues beyond security, but also reduced the stigmatization of the left, especially among younger, urban voters. Petro attracted over 1 million additional votes between the first and second rounds in the departments of Bogotá, Antioquia and Valle de Cauca, home to Colombia’s three largest cities.

The forces that propelled Petro to the presidency will shape how he governs. He will face strong pressure to deliver on his promise for radical change and address the social and economic demands of historically marginalized populations. These groups will have a strong advocate in Márquez, who will also head the Ministry of Equality and Women that Petro plans to create.

He has promised a moratorium on oil and mining exploration to accelerate Colombia’s energy transition.”

At the same time, there will be powerful forces pulling Petro in a more moderate direction. As a candidate, he forged pragmatic alliances with politicians from traditional parties such as Roy Barreras and Armando Benedetti and courted former rivals from the center-left Coalition of Hope, such as Alejandro Gaviria and Juan Fernando Cristo ahead of the second round. Several of these familiar, moderate figures will likely occupy top posts in his administration. Without a majority in Congress, moreover, Petro will have to moderate his proposals if he hopes to avoid legislative gridlock.

How Petro resolves this tension will go a long way towards determining the success of his administration. If he manages to form a working majority with center-left and centrist parties such as the Green Alliance and the Liberals, he could produce much-needed tax and social policy reforms. In recent days, former President César Gaviria, of the Liberal Party, said he is open to supporting Petro’s agenda. If negotiations in Congress fail, however, Petro will face pressure to pursue his goals via executive action – potentially by declaring a state of emergency, an idea he floated on the campaign trail. That would exacerbate polarization and invite judicial challenges.

Even if Petro pushes the limits of executive power, however, Colombia’s democratic institutions and macroeconomic stability will likely hold. He will be constrained not only by opposition lawmakers, but also by a strong constitutional court, an independent central bank and serious fiscal limitations.

Inflation has dealt a new blow to poor households, with food prices in May 20 percent higher than a year ago.”

Either way, Colombia will be under very different leadership over the next four years. This has implications for the United States, which has long counted Colombia as its most dependable ally in Latin America. Petro opposes traditional tactics for fighting drug trafficking, including the frequent extradition of accused traffickers to the United States. His approach could provoke tensions with Washington, but a major rupture in relations is unlikely. Meanwhile, there will be opportunities to deepen bilateral cooperation, starting with climate policy and the energy transition. Indeed, those shared objectives offer the Biden administration an opportunity to show that the United States is a valuable partner for Latin America’s development goals regardless of who is in power in the region.