Conspiracy Theories: The Kremlin’s Trusty Tool Might Be Used Against It 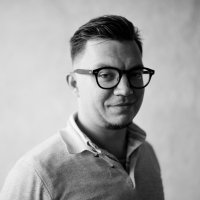 In late summer 2019, as the political protests in Moscow were heating up, some of the statements made by Russian politicians began to sound more bizarre by the day. First, some of the protesters were arrested for "injuring" heavily protected policemen with empty plastic bottles. That must indeed have been a blow to the egos of the Moscow bureaucrats, who, despite a decade of repressing dissent, were surprised to see that there were still people in the streets protesting.

Then Roskomnadzor, the Russian state media censor, accused YouTube of promoting unlawful street actions. In November, members of the commission investigating “foreign meddling” in Russian domestic affairs discovered special camps where protesters were preparing for street clashes with the police. It did not appear to be a problem that these “camps,” according to Russian MPs, were located online. One of the MPs has nicely defined the source of political activity in Russia over the summer as “the concentration of protest thoughts on social networks, which [have] no geographic location”—an elegant but meaningless explanation of what happened in Moscow in the summer of 2019, when people took to the streets because their city parliament candidates were not allowed on the ballot to represent their interests, and then were intimidated or arrested.

The appearance of a parliamentary commission to explore “foreign meddling in Russian domestic affairs” at this time is an ironic joke, referencing as it does the United States’ ongoing investigation of probable Russian meddling in the 2016 U.S. presidential election, which just got a new airing in the Trump impeachment hearings. Modeled similarly to the U.S. Congress’s investigation, the Russian commission has served to launch all manner of conspiratorial allegations against the United States and its interests in the post-Soviet countries.

And though U.S. politicians have needed time just to grasp the idea of Russia’s meddling (which in turn caused a sort of a moral panic about Russia in the U.S. media), Russian politicians are tapping into a familiar discourse, crafted more than a decade ago to prevent the Kremlin’s worst nightmare, a color revolution. Senator Andrey Klimov, head of the commission, openly accused foreign nationals and foreign-funded media of masterminding the Moscow protests and warned that if “foreign partners” tried to arrange a Kyivan-like Maidan in Russia’s capital city in 2013, they would be met with an appropriate response.

In fact, this response of Russia’s leading politicians was somewhat expected. Russia’s ruling elite has been busy designing linguistic and legislative instruments to constrain the actions of any potential challenger of the Kremlin’s power. In the late 1990s the Kremlin’s bosses realized that conspiracy theories could be a powerful tool to break the neck of their political opponents through character assassination. As well, conspiracy theories could be leveraged to trigger restrictive legislation and mobilize society in support of the regime. The notion that the West is waging a war against Russia to try to strip it of its sovereignty and natural resources is a common frame not only in TV shows but also in many ordinary Russians’ conversations.

Russia’s “fortress mentality” has not always been thus. In the first decade of Putin’s rule in the 2000s, conspiracy theories were used selectively to destroy Putin’s political opponents. In the parliamentary elections in December 2003, the populist candidates from the United Russia party and the nationalist party Rodina (then still loyal to the Kremlin) accused the oligarchs (namely, Mikhail Khodorkovsky) of attempting to sell Russia’s oil and nuclear arsenal to the United States. The populist anti-oligarch rhetoric brought these politicians into the Kremlin.

In 2007–2008, when Putin was required by the constitution to step down, ceding the presidency to a caretaker successor, the pre-election period turned into a mass propaganda exercise. Kremlin affiliates ginned up a search for liberals plotting to take the country back to the “roaring 1990s”—another catch-phrase designed to demonize the decade of market and democratic reforms. The slogan hinted at chaos, salary arrears for employees of state-owned companies, and—just perhaps—the violent murder of business competitors in the streets. None of these threats materialized. Instead, once Medvedev took office, the imagined liberals’ plot to return to power with the help of U.S. money and tear the country apart into puppet states evaporated.

In 2011 very few people in the Kremlin and the government expected that there would be obstacles to the swap of Putin for Medvedev. Even less expected was that social networks would bring thousands across the country into the streets to protest the government’s rigging of the parliamentary elections. When the all-Russia rally was scheduled for December 10, a myriad of bloggers loyal to the Kremlin, journalists, and politicians warned that the rally was only a cover for planned mass violence and that the blood of protesters would be spilled by Washington-funded “provocateurs.”

During the uneasy three months before the 2012 presidential elections the Kremlin used television as a source of conspiracy-charged news. Rumors were spread that the videos of ballot-rigging in December 2011 had been produced abroad and put on the California-based servers of Google (clearly, an American plot). It was claimed that NGOs operating in Russia were foreign-funded, to delegitimize the victory of United Russia and create a pretext for street protests, like that in Georgia in 2003 and Ukraine in 2004. It was alleged that the white ribbon—a symbol of protesters that appeared just days after the rigged parliamentary elections—had actually been produced months before the protests took place and that the fugitive oligarch Boris Berezovsky and the U.S. State Department were working in cahoots to bring down Putin.

On March 4, 2012, Putin was declared president of Russia for the third time. Yet his diminishing popularity remained a persistent concern for the Kremlin. As a result, in February 2014, when the neighboring capital of Kyiv was immersed in bloodshed during the events on the Maidan, the Kremlin again initiated a wave of conspiracy fears, which for a few years turned Russia into the safeguarded fortress against the destructive forces of the West. The “Crimea effect”—an uptick in nationalist sentiment and support for Putin—has been powerful enough to suppress dissenting voices for a few years and allow United Russia and Putin to win the elections in 2017 and 2018.

Although anti-Western conspiracy panics are always to some degree present in the public sphere, it seemed at times that the Kremlin was lightening up on the fearmongering. Yet when ordinary Russians took to the streets in 2018, to protest against a planned reform of the retirement system, and in 2019, to protest electoral violations in Moscow, the conceit that the country is under siege from innumerable enemies plotting to destroy family values and the educational system and to abscond with Russia’s natural resources returned to the political mainstream.

In the post-Soviet era, conspiracy theories have proved to function efficiently as a character assassination tool for politicians and as the ultimate explanatory logic for millions of Russians, who are constantly exposed to such ideas through print publishing, television, and online media. It is safe to say that the anti-Western agenda will be utilized by pro-Kremlin actors in the next power transition in the 2021 and 2024 elections. There is no reason for the Kremlin to abandon a well-designed, battle-tested weapon. On the other hand, if the economic situation worsens, populists of all sorts might have space to push anti-government conspiracy theories as a convenient mobilization tool in their turn and challenge the Kremlin’s future plans. These theories could quickly erode Putin’s support and force a reshuffling of the ruling elite.