Cooperation in Space Can Still Bridge Differences Between U.S. and Russia 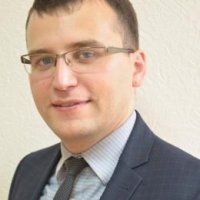 A U.S.-Russia Partnership in Space after the International Space Station

The ISS has become the longest project of international space cooperation in history. Russia, the United States, and their agency partners in Europe, Canada, and Japan took the first steps toward realizing the ISS in 1992–1993. However, U.S.-Russian relations and the contributions of the two states have played a crucial role during the lifetime of the project. The first module of the station was placed in Earth orbit in 1998, and since that time common missions on the ISS have continued despite tensions elsewhere in U.S.-Russian relations.

The Glorious Decade of Partnership

Soon after the start of the ISS project, U.S.-Russian cooperation on other aspects of the two countries’ space programs began to appear. Russia started supplying RD-180 rocket engines for the Atlas V launch vehicle and some equipment for American missions to Mars. International Launch Services, a joint Russian-American venture involving Lockheed Martin, was established to introduce the Proton launch vehicle to the global market. In addition, the Sea Launch joint venture, involving companies in Russia, the United States, Ukraine, and Norway, was established to supply the Zenit-3SL specialized launch vehicle rockets. Moreover, after the space shuttle Columbia disaster in 2003, the United States began relying on the Russian-manned spacecraft Soyuz to deliver astronauts to the ISS.

Around the mid-2000s, however, Russian-American cooperation started to decline. American companies left the established joint ventures, and there was no new common agenda in outer space as relations between the two countries cooled. The ISS has remained the only reason for Russia and the United States to cooperate, and currently the station’s operation is expected to terminate in 2024. The question is whether there is any prospect of a U.S.-Russia partnership in space after that time.

Systemic Obstructions to a Future Partnership

There was an essential political condition for the beginning of U.S.-Russian cooperation in outer space in the 1990s. That condition was Russia’s democratization and liberalization. However, when the de-democritization and anti-market trend in Russia became dominant, the original political basis for common activity in space started to erode. Moreover, Russia’s aggressive policy toward its neighbors since 2008 has made that state an increasingly unreliable partner for further space exploration.

Meanwhile, it is highly likely that for political reasons, Russia would prefer to continue cooperating in space with the United States. That cooperation allows Moscow to keep its formal great power status, along with a permanent seat on the UN Security Council and the world’s second largest nuclear arsenal.

Another systemic obstruction to the bilateral partnership is the status of the Russian space industry. The state-owned factories work just for one customer, Russia’s government. Their ineffectiveness and inflexibility lead to high operating costs and hinder successful technology development. It should be remembered that Russia’s contribution to cooperating with the United States (as well as with Europe) in space was primarily based on the Soviet-era technologies of launch vehicles and manned spaceflight. After a quarter of a century, this technological heritage can contribute almost nothing to advanced international space missions. This means there is no manufacturing basis for equal Russian-American cooperation beyond the ISS.

The third obstruction is the Russian institutional environment as it concerns science and education. Many years of huge funding gaps in these two areas and the lack of academic freedom in connection with troubles in the space industry don’t allow Russia to create a sustainable and successful space science program anchored in universities or the Russian Academy of Sciences. In contradistinction to the Russian case, universities both in the West and in developing economies play a significant role in advancing a global space science. In the face of this discrepancy, it is hard for Russia to participate in a contemporary space cooperation agenda.

Of course, Russia will try to stake out a place for itself in manned spaceflight in an effort to keep its space partnership with the United States. However, American manned spaceflight activity is moving to the private sector, where Russia is weak, and the U.S. government’s activity in the field is aimed at space exploration, where Russia is also weak.

These obstructions to an ongoing partnership are systemic and cannot be overcome in the short term. Nevertheless some possibilities for a U.S.-Russia partnership in space in the post-ISS era remain.

The main opportunities for further cooperation in space between Russia and the United States lie in the political field. When and if the current Russian political regime changes, the new government will need at least symbolic support from the United States during the expected economic and political reform period.

The first option in this future scenario is to involve Russia in some of NASA’s scientific projects. This engagement could play a role in providing the aforementioned support for reform while at the same time yielding concrete, sustainable results in the scientific field. Also, this option could become a kind of signpost pointing the way for necessary improvements in Russia’s academic system.

Another area of possible cooperation is manned spaceflights, because human space exploration will continue even after the ISS is taken out of service. However, the format of this activity would probably change, insofar as it is hard to imagine the construction of a second international space station. If Russia keeps its manned spaceflight program, it will be ready for single or even serial collaborative missions with NASA. A possible template for this option harks back to either the Soyuz-Apollo mission of 1975, which had a huge political effect, or the shuttle-Mir space station program of 1994–1998, which allowed the two states to be technically ready for operations on the ISS. Nevertheless, this option might yield more symbolic than long-term scientific results.

So, even in the face of limited opportunities for further U.S.-Russian space cooperation after the ISS is de-operationalized, steps in this direction could play a significant role in normalizing political relations bilaterally. Moreover, the domestic political discourse in Russia is sensitive to failures in space activity and to Russia’s growing inability to be a leading space power. That means that both political flux in the Russian regime and Russia’s motivation to normalize relations in the political realm are expected to increase as the ISS approaches its end.