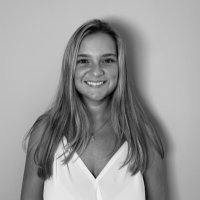 U.S.-China trade tensions, the COVID-19 pandemic and the Ukraine war have exacerbated supply-chain disruptions and prompted a rethinking by the United States of its approach to global trade integration.

The pandemic exposed the sudden, immense and global impacts of supply chain challenges, including shipping delays, shortages and interrupted production that drive up prices. As a result, “nearshoring” – relocating U.S. manufacturing from China and other labor-abundant countries to the Western Hemisphere – has begun to gain traction. More recently, Russia’s invasion of Ukraine has highlighted the risks of reliance on geopolitical competitors, regardless of geography. That prompted the Biden administration to promote the “friend-shoring” of supply chains by favoring partners “committed to a set of core values and principles,” notwithstanding relatively higher labor and other costs.

Costa Rica is well positioned to benefit from this potential reordering of global value chains. The country’s stability, commitment to democracy and membership in the Dominican Republic-Central America Free Trade Agreement (CAFTA-DR) make it a natural destination for U.S. companies looking for “nearshoring” and “friend-shoring” opportunities.

Indeed, Costa Rica is already a “nearshoring” pioneer. For two decades, it has attracted significant foreign direct investment (FDI), helping it build a more knowledge-based economy and inserting the country into advanced-manufacturing supply chains. That success is based in part on Costa Rica’s trade policy; the country has signed 15 free trade agreements with 58 partners – giving it preferential access to 2.8 billion consumers – and established a free-trade zone (FTZ) regime that provides tax and other incentives to foreign firms.

Costa Rica’s new president, Rodrigo Chaves, who took office May 8, is eager to take full advantage of this opportunity. He has little time to spare. Unemployment reached 15.3 percent in 2021, and the government’s debt is high and rising.

Building up Costa Rica’s “nearshoring” and “friend-shoring” capabilities is also in the U.S. interest, but more trade and investment is not inevitable. The United States has not yet produced a detailed plan to incentivize U.S. manufacturing investment in the Americas. For its part, the Chaves administration has not yet launched a diplomatic campaign, coordinated with private organizations such as the Costa Rican Investment Promotion Agency, to market Costa Rica to companies rebuilding their supply chains.

Neither Costa Rica nor the United States have fully engaged other important potential partners, such as the Inter-American Development Bank, which has expressed interest in financing projects to promote “nearshoring.” These investments could support the type of workforce development and physical infrastructure that countries such as Costa Rica need to lure major multinational companies.

Fortunately for Costa Rica, the disruptive events in recent years have strengthened the argument for both “nearshoring” and “friend-shoring,” leading both governments and companies to imagine a global economic system that prioritizes shorter and more resilient supply chains that connect countries with shared values. Should Costa Rica’s new leader capitalize on “friend-shoring,” the country could be a showcase for this new trend. At home, that would mean increased trade and access to technology, higher degrees of specialization and more and higher-paying jobs, including in rural areas that urgently need investment.