Could a Zelenskiy Presidency Prove a Breakthrough for Conflict Resolution in the Donbas? 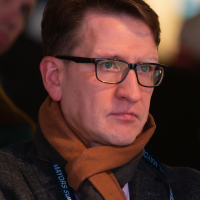 Five years since the start of the armed conflict in Donbas, its resolution remains the top concern of most Ukrainian voters, with 63.7 percent identifying it as the most important problem for them personally. President Petro Poroshenko has campaigned on maintaining existing policies regarding the Donbas, which combine continuing external pressure on Russia through the sanctions regime with an internal blockade of the noncontrolled territories. The ineffectiveness of these policies to date means that Poroshenko’s reelection might simply result in a postponement of any resolution to the conflict for another five years. By contrast, Volodymyr Zelenskiy, his opponent in the second round of the elections, offers a new type of political leadership that could improve prospects for reconciliation and the peaceful reintegration of the Donbas in the near to medium term.

Zelenskiy’s promise stems both from his personal history and from some of his policy ideas. He was not involved in the political feuds of the past decade, which could make him a more trustworthy figure in the eyes of both Donbas residents and other Ukrainians. He also did not participate in the Euromaidan, still widely viewed in the Donbas as a Western-backed coup, which may further help turn the page on past recriminations. Zelenskiy’s first-round results in the March 31 election have already shown that he can successfully overcome traditional regional divides and receive equally high backing in all the regions which in previous elections usually voted for ideologically dissimilar candidates. Although he came in second, after Yurii Boyko, in most electoral districts in the Donbas, Zelenskiy received twice as many votes as Poroshenko in Donetsk oblast and four times as many in Luhansk oblast. At the same time, he also won in parts of western Ukraine and in all central Ukraine regions. This means he could potentially put together a cross-regional coalition to support his peace initiatives. Finally, Zelenskiy has a close cultural affinity to the predominantly Russian-speaking milieu of Donbas, while his frequent use of Russian in public addresses must be reassuring for those alienated by the ethnonationalist turn under Poroshenko.

In addition, many of the policy positions that Zelenskiy has articulated may effectively address some of the key concerns that triggered events in the Donbas in the spring of 2014. First, Zelenskiy has stressed the need to protect national minority languages in addition to maintaining the status of Ukrainian as the state language. This suggests he would be receptive to recognizing the cultural rights of those residents of the Donbas who seek to retain Russian-language access to educational material, media outlets, printed matter, and cultural performances.

Second, Zelenskiy also indicates that he is against some of the “decommunization” policies that would impose divisive historical figures on communities that reject them. Thus, the state’s policies of commemorating the leaders of the interwar nationalist movement and commanders of the Ukrainian Insurgent Army (UPA) would likely not be extended to the Donbas. His liberal approach to historical memory policies may also mean that the new Ukrainian authorities would not seek to demolish Lenin monuments in the occupied parts of the Donbas without sufficient local community support. In Zelenskiy’s view, keeping some monuments of Lenin could serve as a reminder of the tyrannical Soviet regime he founded.

Third, Zelenskiy has positioned himself as a strong proponent of a “winning hearts and minds” strategy for reintegration. He advocates a strong information outreach campaign targeting the occupied areas of the Donbas and explaining how the interests of residents would be better served by the new Ukrainian leadership. He also insists on the need to start paying pensions to Ukrainian citizens in the Donbas who live behind the line of contact. This would mean at least a partial end to the economic blockade and a recognition of Ukraine’s continued obligations to all Ukrainian citizens, irrespective of their political beliefs. Although implementing this policy would probably be difficult, it would also be a powerful goodwill gesture on the part of Kyiv.

Finally, Zelenskiy is a resolute proponent of a negotiated solution to the conflict. He has ruled out the possibility of using force to take back Donbas territories and advocates holding direct bilateral negotiations with the Russian president, Vladimir Putin, to end the Kremlin’s support for separatist armed units in the region. His election may also allow a compromise to be found over the deployment of UN peacekeepers in the region. While Poroshenko insists on their immediate deployment across the entire occupied area, Zelenskiy suggests that peacekeepers can be deployed sequentially, starting with the line of contact.

If elected president, Zelenskiy would face the crucial question of what kind of power-sharing arrangement should be sought to create the conditions for sustainable peace in the region. As I have argued elsewhere, territorial power-sharing would be the best fit for dealing with the types of incompatibilities peculiar to the Donbas conflict. It would offer exclusive powers in certain policy domains to local authorities governing a specific area. The latest opinion poll shows that a majority of Ukrainians (51 percent) could support granting the Donbas certain autonomy powers as a way of ending the conflict. This approach would build on the law that affords special status to certain parts of the Donbas, which was approved by a parliamentary majority. It is also compatible with Zelenskiy’s own proposal to introduce and promote “direct democracy” instruments around the country. Drawing on the Swiss and Canadian experience, his program emphasizes the importance of holding local referendums and empowering local communities to veto certain national policies. This approach would reassure residents of the Donbas that some of key domestic policy issues related to the future of the region would not be decided without their consent.

One factor that could potentially complicate future talks on the Donbas is Zelenskiy’s pledge to serve as a one-term president. This narrows his time horizon and adds uncertainty about the commitment of his successor to the agreed-upon terms. Hence the final peace deal needs to receive public approval through a national referendum before going into effect, while its key institutional elements should become part of Ukraine’s constitution. It would lower the risk that future elite turnover could undermine the agreement while at the same time creating safeguards against the attempts of any government to renege on its terms.

Zelenskiy’s presidency could thus open an opportunity for breaking the current stalemate and moving the talks on the Donbas to a qualitatively new stage. Although the road to reaching and implementing the peace agreement will still be long and arduous, elite turnover in Ukraine may prove to be the first vital step on this path.