The Coup D’état in Myanmar: A Year of International Inaction

One Year After the Coup in Myanmar

In the morning hours of February 1, 2021, armored vehicles entered Naypyidaw, Myanmar to overthrow the elected government of State Counsellor Aung San Suu Kyi and the National League for Democracy. While the military under Senior General Min Aung Hlaing expected to consolidate power bloodlessly, Myanmar instead collapsed into a failed state replete with a bloody resurgence of civil war. Despite this crisis, the international community and the United States have not done enough to counteract the military takeover.

Faced with an immediate and widespread popular opposition, the military met peaceful protests with gunfire, reigniting of the country’s long-running civil war. The National Unity Government (NUG) coalition of ousted parliamentarians and other actors, the diffuse People’s Defense Forces, and a few battle-hardened ethnic armed organizations have put up a firm fight. To be sure, guerilla tactics from a disunited and poorly equipped opposition are unlikely to defeat a large military with the advantage in aerial capabilities and heavy weaponry, but defections are growing, casualties mounting, morale low, and the promise of a new democratic future for Myanmar ignites the youth to continue resistance.

For most of the summer and fall of 2021, the opposition appeared to be gaining internationally as well. In June 2021, a UN General Assembly resolution condemned the junta and called for an arms embargo. The United States and China blocked the military’s nominee for UN representative, National Security Advisor Jake Sullivan virtually spoke with the NUG, and ASEAN prevented Min Aung Hlaing from attending the leaders’ summit. Hopes seemed high when EU and French legislative bodies voted to recognize the National Unity Government, and the opposition opened representative offices in the Czech Republic and South Korea to expand diplomatic outreach. These actions followed continuing targeted sanctions from the United States and some Western allies, as well as reassurances of U.S. resolve.

Those heady times would prove to be the opposition’s international high-water mark, however, as Cambodia and China, initially hesitant to embrace a troublesome and untrustworthy junta, increasingly ease the military’s path to international legitimacy. Beijing, concerned about a destabilizing Myanmar, now seeks to tip the scales in the junta’s favor. This includes facilitating tentative peace talks with ethnic armed groups, restarting regular diplomacy, and pressuring ASEAN to welcome the junta back. Prime Minister Hun Sen of Cambodia, a close ally of China and Chair of ASEAN in 2022, traveled to Myanmar in early January in the first head-of-state visit to Naypyidaw since the coup, which undermines the ASEAN Five-Point Consensus and the regional response to the coup. Although the UN credentialing committee deferred a decision on Myanmar’s representative in December, this year will likely see these kinds of delaying tactics run out of road and the junta more normalized.

The Risk of the Junta's International Normalization

A share of the blame for the junta’s recent international revival can be assigned to U.S. inaction that allowed the opposition’s diplomatic momentum to stall. Although the U.S. has taken some cautious actions against the junta, Washington has been reluctant to strongly support the opposition movement. For instance, the NUG has not yet opened a representative office in the United States, and doing so would provide a partial form of recognition even if policymakers in Washington are unwilling to do so fully. Of course, Washington wields limited leverage in comparison to Beijing, but the international community needs U.S. leadership to match its lofty rhetoric.

It is well within U.S. interest to act more forcefully and assertively to roll back the coup and return Myanmar to the path of democratization.

Importantly, there are few instances of international conflict as black and white as the military takeover on February 1st. The military’s absolute brutality against a population that, by an overwhelming majority, rejects its rule renders Myanmar the place to take a stand for democracy and human rights. From a national interest perspective, Washington’s accelerating competition with Beijing demands greater attention on Myanmar as the fulcrum of both South and Southeast Asia. It is well within U.S. interest to act more forcefully and assertively to roll back the coup and return Myanmar to the path of democratization.

If Washington is serious about rolling back the coup, U.S policymakers should develop a concrete plan to support the democratic movement. The first step could be officially welcoming the NUG to open a representative office in Washington. In the United Nations, the U.S. must continue supporting Kyaw Moe Tun as the representative for Myanmar. With Cambodia as ASEAN Chair for 2022, the United States needs to apply a mix of carrots and sticks in coordination with likeminded countries in the grouping, such as Indonesia and Singapore, to prevent ASEAN from legitimizing the junta further. Beyond this, Washington needs to smooth out the differences between itself and its key regional allies and partners Australia, India, and Japan to forge a united, anti-junta stance.

In support of the opposition movement, the U.S. could also involve itself more directly inside Myanmar. Most importantly, it should reach out to the National Unity Consultative Council (NUCC). It is the “most inclusive political dialogue platform in Burmese history,” comprising representatives from the NUG, the ousted elected legislature, human rights and civil society organizations, the Civil Disobedience Movement, activist networks, ethnic minority political parties, and ethnic armed groups. This body is crucial for the future state- and nation-building of the country, which has been long fragmented by political and ethnic divisions. To resolve Myanmar’s prolonged crisis, the United States should help strengthen this platform to be more inclusive and broader in its political negotiation process.

The U.S. should also ramp up its assistance to the suffering people inside the country. The number of internally displaced persons has increased dramatically as the junta’s troops intentionally target civilian areas. This humanitarian situation is expected for worsen over the next year. As such, the U.S should actively lead an international effort to create a humanitarian safe zones to address the looming humanitarian disaster. India and Thailand, both countries that border Myanmar and have strong relationships with the United States, are best placed to house refugees fleeing fighting in the west and east, while increasing funding and supplies for internally displaced persons escaping to areas controlled by the ethnic armed organizations within Myanmar could alleviate the crisis somewhat.

Without these steps, it is increasingly likely that the junta will slowly achieve international normalization regardless of the battlefield situation. So long as the National Unity Government and other opposition forces remain divided and unsupported, they will be unlikely to overcome the military. Under the military and current crisis, it will remain an open wound in Southeast Asia and ASEAN; a source of regional instability, drug trafficking, COVID-19, and refugees; and a humanitarian disaster the scale of which the United Nations recently labeled “unprecedented.” For the people of Myanmar and its own interests, the United States must act in Myanmar in 2022.

The views expressed are the authors' alone, and do not represent the views of the U.S. Government or the Wilson Center. Copyright 2022, Asia Program. All rights reserved. 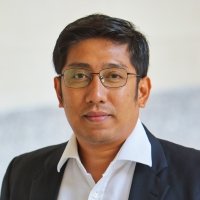