Explore More
Close
Blog post
Economics and Globalization
Worst. GDP. Ever. What Does the Future Hold for Brazil?
By The Brazilian Report on September 16, 2020
Share on FacebookShare on TwitterShare via Email
SharePrint
Blog post

COVID-19 as the Worst Crisis of Lukashenko’s Career 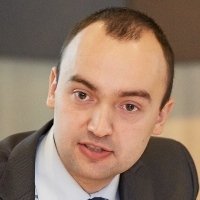 In early 2020, the Belarusian leadership embarked on a presidential election campaign. A protracted standoff with Russia had left resources thin on the ground. Even so, back then the authorities were in control of the domestic political situation. However, the COVID-19 pandemic and the ensuing economic crisis have played into Russia’s hands.

The first COVID-19 cases were registered in Belarus in late February 2020. In response, the leadership made a series of controversial decisions. The health care system had been aware of a possible outbreak of a new disease in January. After the first confirmed cases, the Ministry of Health sought to reduce morbidity and increase hospitals’ in-patient capacity to treat COVID-19 victims. By contrast, Lukashenko used scornful, devil-may-care rhetoric in his public statements. He downplayed the threat, comparing COVID-19 to the ordinary seasonal flu. Worse, he blamed those who died from it, claiming it was their own fault because of their poor health. His rhetoric soon changed, but those first reactions left their mark on Belarusians and on the outside world.

The pinnacle of the coronavirus-denial policy was a military parade in Minsk on Victory Day, May 9. This demonstrated that the main goal of Lukashenko’s special path was to outdo the Kremlin, which had decided to follow the lead of the so-called civilized world and introduced a lockdown to limit the spread of COVID-19. Thus the Belarusian strongman tried at least symbolically to get even with Moscow, which had been exerting tough economic and political pressure on Minsk since late 2018.

Belarusians have faced business-as-usual rhetoric from their authorities, who did not provide them with protection and support in the fight against the epidemic. Moreover, Lukashenko’s contemptuous and irresponsible statements implied absolute indifference to the fate of ordinary citizens. The urban middle class and politically active citizens reacted against such foul play. Support for Lukashenko has reached record lows of 3–7 percent, according to online surveys conducted by Belarusian independent internet media outlets.

The authorities have also enraged Lukashenko’s core electorate—pensioners and rural voters. These citizens have turned out to be most vulnerable to COVID-19 either because of their age or because of limited access to reliable information or quality health care services. Initially, both groups made little of the disease, as advised by Lukashenko. Then some of them contracted the virus—and some, or their relatives, died of it.

The government’s policy caused perplexity among other core voters. Conflicts emerged in the health care sector; no extra pay for professionals treating COVID-19 patients was forthcoming. Then there are disgruntled teachers, left exposed by business-as-usual instructions from top officials. Lukashenko’s rhetoric and decisions even confused public officials and the security and intelligence communities.

The authorities’ inappropriate response to the COVID-19 epidemic and the wider economic decline have generated an appetite for protest. It is not so much a protest against the elite or the system as it is against Lukashenko personally.

Belarus will hold a presidential election on August 9, the height of the vacation season. Still, the authorities’ plan to kill turnout has failed: a record high mobilization has already occurred relating to the nomination of presidential candidates. Fifty-five initiative groups submitted their registration applications. Fifteen were registered and given the green light to collect signatures.

Three nominees new to Belarusian politics have captured the public’s attention: ex-chairman of the board of Belgazprombank Viktor Babariko [on Thursday, he was detained for questioning—RF]; Sergei Tikhanovski,, a blogger and leader of the Country for Life protest movement (his wife, Svetlana, was registered instead of him, but he was running her campaign as the head of her initiative group before his detention on May 29); and a former Lukashenko aide, the ex-head of High Technologies Park in Minsk, Valery Tsepkalo.

All three candidates have ties to Russia. Babariko was the head of Gazprombank’s Belarusian affiliate for twenty years. Tikhanovski had quite recently worked in Moscow and made pro-Russian statements early on in his political career. Tsepkalo has ties to Russia as a MGIMO graduate, a serviceman with the Soviet Strategic Missile Forces, an employee of the Soviet Foreign Ministry, and a former assistant of Belarusian foreign minister Ural Latypov, who is currently residing in Russia.

The new opposition’s obvious ties to Russia have spurred speculation about direct interference by Moscow. The candidates themselves have also provided food for thought. They represent stances compatible with Russian policy (most probably in line with voters’ pro-Russian sentiments). Other than Babariko, they do not flirt with a nationalist-minded electorate. Russian media outlets ranging from Kommersant to Moskovskiy Komsomolets are promoting all three candidates.

The Kremlin’s Stance and Strategy

One hint that Russia is not, in fact, banking on one of the new opposition leaders is that all three candidates are stepping on each other’s toes. Tsepkalo clearly competes with Babariko for the votes of the middle class, the intelligentsia, public officials, and business managers. Tikhanovski reflects the protest sentiments of “ordinary Belarusians,” migrant workers who have returned from Russia, and small-time entrepreneurs, thus competing for voters with Lukashenko and Babariko.

However, the absence of a Kremlin candidate does not mean there’s no Russian meddling. Moscow is partly responsible for the dismal social and economic backdrop of the ongoing campaign. The steady reduction in the oil-and-gas rent and restrictions on mutual trade have had a detrimental effect on the Belarusian economy. The financial standing of many Belarusians has deteriorated badly. The country’s GDP shrank by 0.3 percent in the first quarter of 2020 (even before the COVID-19 restrictions). This was due to a sharp drop in exports to Russia and in exports of petroleum products to EU countries after Russia terminated oil supplies to Belarus. During the pandemic, Russia closed its border with Belarus to travelers, damaging the incomes of Belarusians working in Russia.

Second, Russia, or rather certain Russian actors, might be involved in the nomination of the three opposition candidates. It is hard to believe any of them could stand for election without at least symbolic support or minimal guarantees of personal safety, which could only be provided by Moscow.

Third, the Belarusian information space is dominated by Russian traditional and social media, as well as by bespoke outlets established as part of Russia’s enhanced information presence. Russia exerts its influence not to support one or more candidates but to strengthen the protest potential against Lukashenko in Belarus.

Russia’s approach is only logical, given its well-established strategy with respect to Belarus. The Kremlin seeks to cut Belarus’s strategic autonomy by imposing a closer integration or regime shift while ensuring its control over Belarusian territory. Russia finds it necessary to weaken or even destabilize the Belarusian state to become the main safeguard of security on Belarusian soil (this idea is still popular in Russia). Hence, meddling in the Belarusian election, even without its own candidate, is a suitable strategy for the Kremlin (this is how Moscow destabilized Belarus in 2010).

The Belarusian authorities have realized that they won’t live in peace during the current campaign. As a result, they have launched repressive actions against Tikhanovski and Babariko. Lukashenko dismissed the government led by the liberal-minded economist Sergei Rumas and replaced it with a cabinet headed by the former chairman of the State Military Industrial Committee, Roman Golovchenko. Lukashenko has made it clear he will not hand the country over to alternative candidates.

Calling in the siloviki (security and intelligence professionals) will hit the Belarusian economy. The Belarusian government’s main goal is to conduct the election, keep its grip until the end of 2020, and think about the consequences later. In light of the tight political calendar and possible political turbulence in Russia, this orientation toward short-term goals can pay off. Lukashenko might be able to overcome the worst political crisis in his career.

The piece was originally published in Riddle and is reproduced here with slight changes to accommodate editorial style. 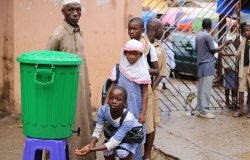