Cuba and the OAS: A Story of Dramatic Fallout and Reconciliation 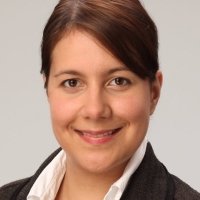 Documents from the Organization of American States and Havana’s archives show the regional body mediating between the US and Cuba.

In early 1962, Fidel Castro addressed a huge crowd in the Plaza de la Revolución in downtown Havana. From the podium, the Cuban leader denounced the Organization of American States (OAS) as the “Yankee Ministry of Colonies and a military bloc against the peoples of Latin America.”

The OAS is the oldest regional organization in the world. A successor to the Pan American Union, it was founded in 1947/1948 and originally comprised all 20 Latin American states as well as the US. The Columbus Memorial Library, housed in the Pan American Union building in downtown Washington, DC, houses the archives of the OAS, including documentation surrounding OAS debates. The minutes and resolutions of many OAS meetings are also available online.

After the 1959 Cuban revolution, Cuba’s membership within the inter-American system was contested. This came to a head in 1961, when the Alliance for Progress was officially announced at the conference of Punta del Este. Ernesto “Che” Guevara, head of the Cuban delegation, emphatically warned his Latin American peers that “the United States comes with the sack of gold…in one hand, and the barrier to isolate Cuba in the other” (see OEA ES-RE-Doc.110).

For several years, moderate Latin American governments - Brazil, Argentina, Colombia, and Mexico amongst them - were successful in deflecting hard-line US policies within the OAS. But by early 1962, the Kennedy administration gathered enough votes to exclude Cuba from the body (see OEA/Ser.C.II.8, Resolution VI). Two years later, the OAS imposed sanctions against Cuba and mandated that all members break off relations with Havana (see OEA/Ser.F/II.9, Resolution I).

Only Mexico resisted. The isolation of Cuba was complete.

In the early 1970s, however, Cuban isolation in Latin America began to wane. The government of Salvador Allende in Chile was a driving force behind this change, along with new members from the British Caribbean, which had started to join the OAS in 1967.

From 1970 onwards, Latin American and British Caribbean countries repeatedly urged the Nixon administration to reconsider its stance on Cuba. Given that “the world political situation has undergone profound change,” the governments of Colombia, Venezuela, and Costa Rica argued, it was time to allow for “the plurality of ideologies” within the OAS (see OEA/Ser.G CP/doc. 350/74).

In the Cuban Foreign Ministry, this sea change did not go unnoticed: “It is not the monolithic OAS behind the yankee master anymore,” they noted with glee. “It is an OAS with a united Latin American front.”

In 1975, at the 16th OAS Meeting of Foreign Ministers in San José, Costa Rica, the group passed the “Freedom of Action Resolution.” The resolution allowed member-states to resume relations with Havana and effectively nulled previous OAS resolutions on Cuba (see OEA/Ser.C/II.16, Resolution I). This was to the great dismay of the Nixon administration, which had tried for years to avert it. In the end, however, the Nixon administration gave up its resistance: “We can…no longer prevent…OAS action to modify or lift the sanctions,” State Department officials conceded.

The decision did not pave the way for Cuban readmission to the OAS, but it meant that Cuba was able to resume diplomatic relations with most Latin American countries and lift its “economic stranglehold” within Latin America. The OAS decision was an important milestone in the reintegration of Cuba to the region. By the late 1980s, the majority of Latin American states had normalized relations with Cuba.

The end of the Cold War did not immediately solve the OAS’ Cuba problem. Despite consistent pressure by major Latin American countries, particularly those that would form part of the “pink tide” sweeping the continent in the early 2000s, a succession of US governments steadfastly refused to contemplate rapprochement with Havana. It was only in 2009, with Fidel Castro gone from power and Barack Obama in the White House, that that the moment was ripe to bury the hatchet.

At the 39th General Assembly of the OAS in June, member-states voted to let Cuba back in (via AG/RES. 2438 [XXXIX-O/09]), and at the Summit of the Americas in Panama the same year, Barack Obama and Raúl Castro sealed this new relationship with a famous handshake.

Cuba still refuses to re-join the OAS, however, ostensibly citing Venezuela’s mistreatment in a forum that is, in Havana’s words, an “instrument for imperialist domination.” Political positions aside, the Cuban government probably realizes that joining the body means having to abide by its rules, which includes at least a formulaic commitment to democracy and elections, and accepting the inter-American human rights provisions.

For now, this is not on the cards, but political change in Cuba is imminent and with it a possible return to the inter-American fold.