Q: The global oil market is facing unprecedented headwinds, with the collapse in energy demand caused by COVID-19 lockdowns and the oil price war between Russia and Saudi Arabia. Briefly, the price of a barrel of West Texas Crude went negative in April. Oil prices have recovered, but continued low prices have an outsized impact in Latin America, where Venezuela, Mexico, Ecuador, Colombia, Brazil and Argentina are major producers. Could you describe how the region’s energy sector is reacting to the crisis, and which countries are best placed to ride out the storm?

A: The economies most affected are Venezuela, Ecuador and Colombia, as oil represents a large share of exports and fiscal revenues. Their initial conditions, however, were very different. Colombia is in much better shape to deal with the crisis because it has some fiscal room to maneuver and access to financial markets. Ecuador is facing a crisis similar to Argentina’s in 2001, with no access to credit markets, no reserves and a dollarized economy. Venezuela’s crisis is in an entirely separate category, facing a 20 percent GDP decline after a collapse of two thirds of its economy in the last five years.

Next are Mexico and Argentina, which, in theory, should not be significantly impacted. Mexico’s energy net exports are small for the size of its well-diversified economy. Meanwhile, Argentina is a net importer of hydrocarbons, and should benefit when international prices go down. However, in Mexico, the crisis is hitting Pemex, the national oil company, which is in deep financial trouble and could drag the treasury down with it. In Argentina, the price collapse impacts one of the few sectors that could be a key engine of its economic recovery. In 2015, there we about 100 oil rigs operating in Argentina, and by the first half of 2019, there were still around 60 rigs, mostly in Vaca Muerta. Today, there are no rigs operating in the country. A catastrophe. All over the region, including in Brazil and Colombia, oil capital investments are being curtailed, but Argentina will probably be the country most affected by the reduction in planned investments.

Q: Argentina was long self-sufficient in its energy sector, but the country became a net importer during the last Kirchner administration (2011 to 2015). The controversial nationalization of YPF in 2012, and distortionary domestic energy prices, depressed investment in Argentina’s oil patch. In 2013, President Cristina Fernández de Kirchner signed a deal with Chevron to develop Argentina’s strategic Vaca Muerta unconventional oil and gas deposits. Her successor and rival, Mauricio Macri, maintained a focus on developing Vaca Muerta. Why is Vaca Muerta considered so important to Argentina?

A: Vaca Muerta has the second-most attractive reservoir of unconventional hydrocarbons in the world, after the ones in the United States. Geologists and petroleum engineers return to Houston salivating when thinking about its potential. If that resource was in Texas, it would probably be as big a deal as the Permian basin, which has witnessed one of the most spectacular surges of investment in the history of the oil sector. However, there are plenty of obstacles for the development of Vaca Muerta. Argentina does not have the unique private mineral rights system prevailing in the U.S.; it does not have the massive oil service sector and infrastructure that exists in Texas; it has much higher capital costs; and it presents significant “aboveground risks.”

Nevertheless, oil companies have been eager to test Vaca Muerta’s potential, because there is no other opportunity of this size outside the United States. For Argentina, it could mean becoming a significant energy exporter, bringing massive investment and increased fiscal revenues for the federal and provincial governments (largely Neuquén’s). It could also promote the country’s industrialization through natural gas-intensive projects, like petrochemicals.

Q: Between 2016 and 2019, under President Mauricio Macri, Argentina’s Vaca Muerta saw a large increase in investment from domestic and international firms, a result you attributed to Mr. Macri’s “pro-business” policies. Yet despite those investments, and a steady growth in production, Vaca Muerta’s expansion fell short of expectations. What did the last government do right in Vaca Muerta, and what were the shortcomings of its approach?

A: There is no doubt that the Macri administration provided hope for investors in Vaca Muerta, promising to offer a more stable and attractive investment climate, and they were willing to bet on it.

Shale has an advantage in high risk environments, because unlike conventional oil extraction, it is a short-cycle investment. That is, capital expenditure in wells must be recovered relatively quickly (between two or three years), because production per well declines fast. Oil companies can invest modularly, without committing too much capital in sunken assets. These characteristics helped attract investment to a country with a terrible record for respecting property rights in the sector. The main reason for Argentina’s underperformance may have to do with the need to build significant infrastructure to scale up natural gas production substantially, e.g., LNG trains, pipelines and petrochemical plants. It was much harder to attract investment for those types of large, sunken investment projects in a country in which the macroeconomy was never fully under control and capital costs did not decline as much as needed.

In Mr. Macri’s last year in office, the macroeconomic crisis and subsequent reneging on price incentive programs showed how even a pro-business government would break commitments under pressure. For Alberto Fernández, it will be even harder to regain trust, given the Peronists’ record of violating contracts.

Q: You warned President Alberto Fernández, elected last October, that if he tried to keep domestic energy prices low, his government “would swiftly suffer the consequences.” He did not heed your advice, instead freezing energy prices. As a result, even before COVID-19, there were reports of ghost towns in Vaca Muerta. The effects of the pandemic turbocharged this crisis. Although the government is now offering producers a guaranteed price, you have predicted Argentina is “unlikely to attract significant investment” to its unconventional oil and gas fields, and you called Vaca Muerta a “zombie.” How could Mr. Fernández ensure investors return so that the country benefits from an eventual recovery in global energy prices?

A: As I mentioned, the Fernández administration faces a tough reputational challenge. The appointment of Guillermo Nielsen to head YPF aimed to address that shortcoming by providing significant guarantees to investors. However, politics and the macroeconomy made it difficult to deliver. Moreover, with the international price collapse, Vaca Muerta is in the red. Prices are below break-even, and with producers facing higher costs and higher risks, there is no chance to attract investment under these circumstances. Companies will wait until international prices recover to even think about committing significant resources.

The guaranteed price, known as the “barril criollo,” might help some local players survive, but it would not deliver sizeable investments, as the policy is not credible or sustainable. Vaca Muerta might not be “muerta,” but it will remain a zombie until it becomes profitable again. When prices recover, some investment will return. As mentioned, modular investments, particularly in oil as opposed to gas, pose relatively low risks. But the development of Vaca Muerta’s full potential requires conditions that are hard to achieve under this administration – significantly harder than for Mr. Macri’s government – including a stable macroeconomy with lower costs of capital, plus the credibility and expertise to undertake large infrastructure projects to develop a market for the vast unconventional natural gas resources. 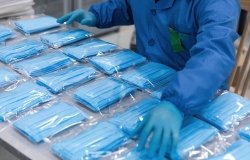 Publication
Coronavirus
Latin America and China in Times of COVID-19

Blog post
Environment
A Stolen Season, or a Glimpse of a Cleaner Future?
By Meghan Howat on October 9, 2020